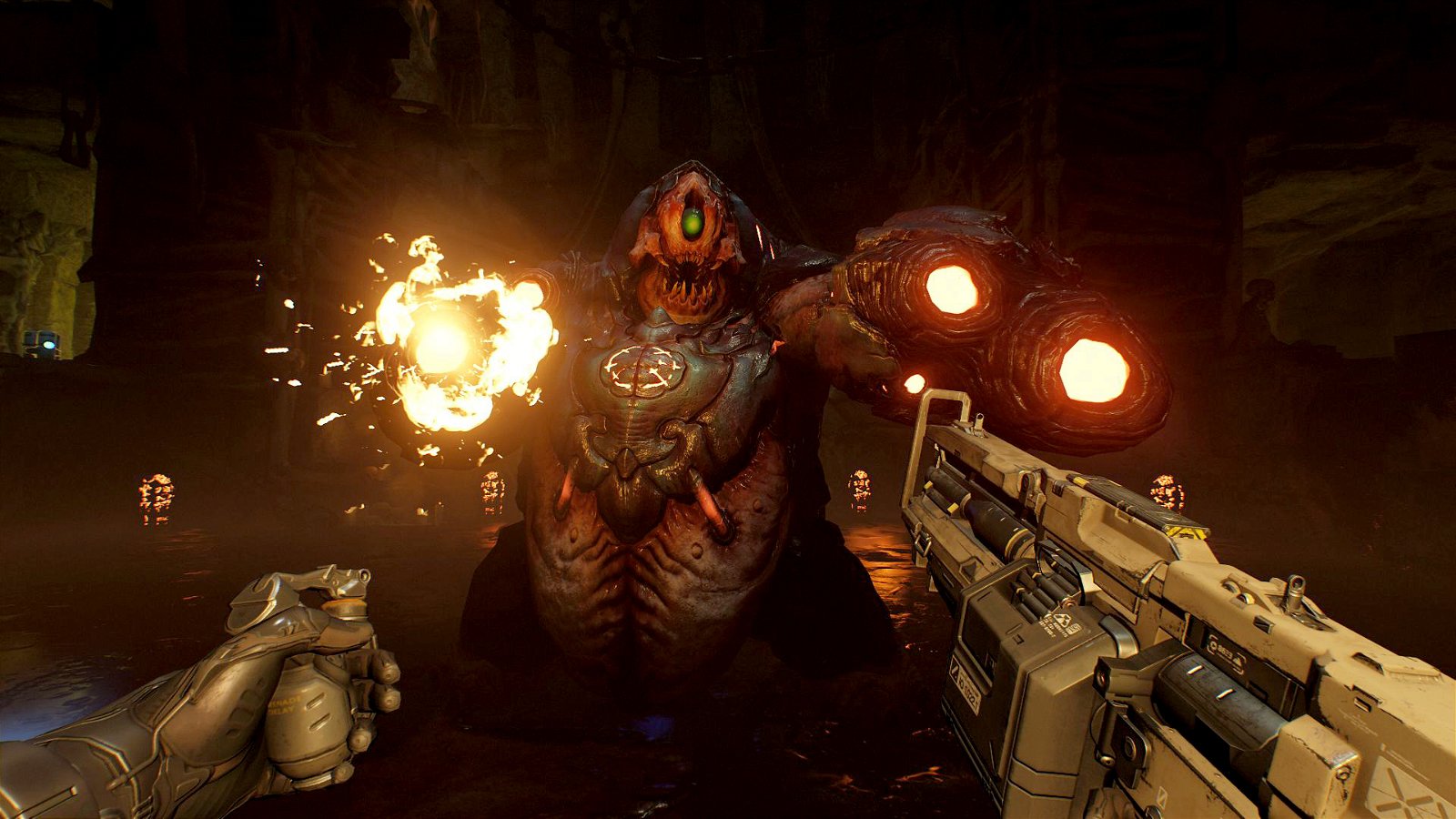 Doom has a weird history with comebacks, mostly due to one black sheep. I remember graduating high school and witnessing Doom 3 for the first time and hearing the collective groans of fans everywhere, from gaming magazines to my own friends and family. For a decade, outside of mods that attempted to piece everything id had made back together, the series remained dormant, waiting to get another shot. And when Doom (2016) was first revealed, the community was collectively reserved. Doom 3 had burnt them so badly that no matter how good it looked, they weren't going to go all in just yet. When it actually came out and it delivered, all of their fears were assuaged. Now, Bethesda is in full franchise mode again, with a spinoff VR game and plenty of multiplayer DLC.

To be clear, Doom VFR is not a full 1:1 rendition of the adventures we just took. Instead of taking on the role of the Doom Guy, you're a regular old schlepper who just happened to run into a Pinky Demon, which proceeded to rip your torso clean off. Now you're a half-dead AI of sorts with a transferred consciousness hell-bent on closing the portal to...well...Hell. That premise isn't very exciting, but the experience is. It's a segmented, three hour or so original tale, told exclusively in VR with some liberties in tow.

For one, teleportation movement is a thing, though the development team did a decent job of incorporating it as a lore-centric power, complete with a pentagram destination symbol and a borrowed mechanic that lets you rip apart demons after they've been staggered. Your hands are floating in the air, with room for one gun, one grenade at the ready, and the power to grab items from far away with a sort of rocket hand (like I said, liberties). Outside of double-jumping around like a madman, the core shooter precepts are there.

And once you get over those silly justifications for VR, everything kind of comes together. Aiming is pretty spot-on and it does capture the feeling of using the same weaponry from the most recent Doom even if the impact and sound design isn't quite there. Moving around while the sounds of creatures filled the air was terrifying, but as soon as you square up with a shotgun or rifle and blow up a group of them with an explosive barrel, the adrenaline comes rushing back in. Although it's not perfect, the Doom series is well suited for an all-encompassing sensory experience. The other bells and whistles are in too, including light map reading, some exploration, key card fetching, and upgrading (health, teleportation, ammo, and individual weapon mods).

At this point VR is not in its infancy, and hardcore users are used to full locomotion—a default option for it with any control scheme simply must be patched in at some point. Modders on PC have already added in locomotion and Rift support even though it launched exclusively for the Vive. On the PSVR, it's a little better. You can move haphazardly with the d-pad, which triggers a "dash" burst movement. With a lot of experience in VR, I found a decent amount of success rapidly tapping the pad not just to dodge, but to fully move while using the DualShock remote to aim. It's goofy and unappealingly hardcore, sure, but it gets the job done. That said, I do have the Aim controller (the Aim gun, really), which allows more freedom, but I'm fully aware that not everyone has this pricey add-on that's only supported by a handful of games at the moment.

Doom VFR is a comprised vision of the newly reborn classic, but it's not a bad sideshow all things considered, if you're used to the idea of shooters in VR. A full port would have been great, and a default onboard movement scheme would have been better, but I came out of the helmet, and VFR's world, satisfied.

Final Thoughts
Doom is just as violent and mesmerizing in VR, but a number of concessions were made in this truncated version.
More From CGMagazine 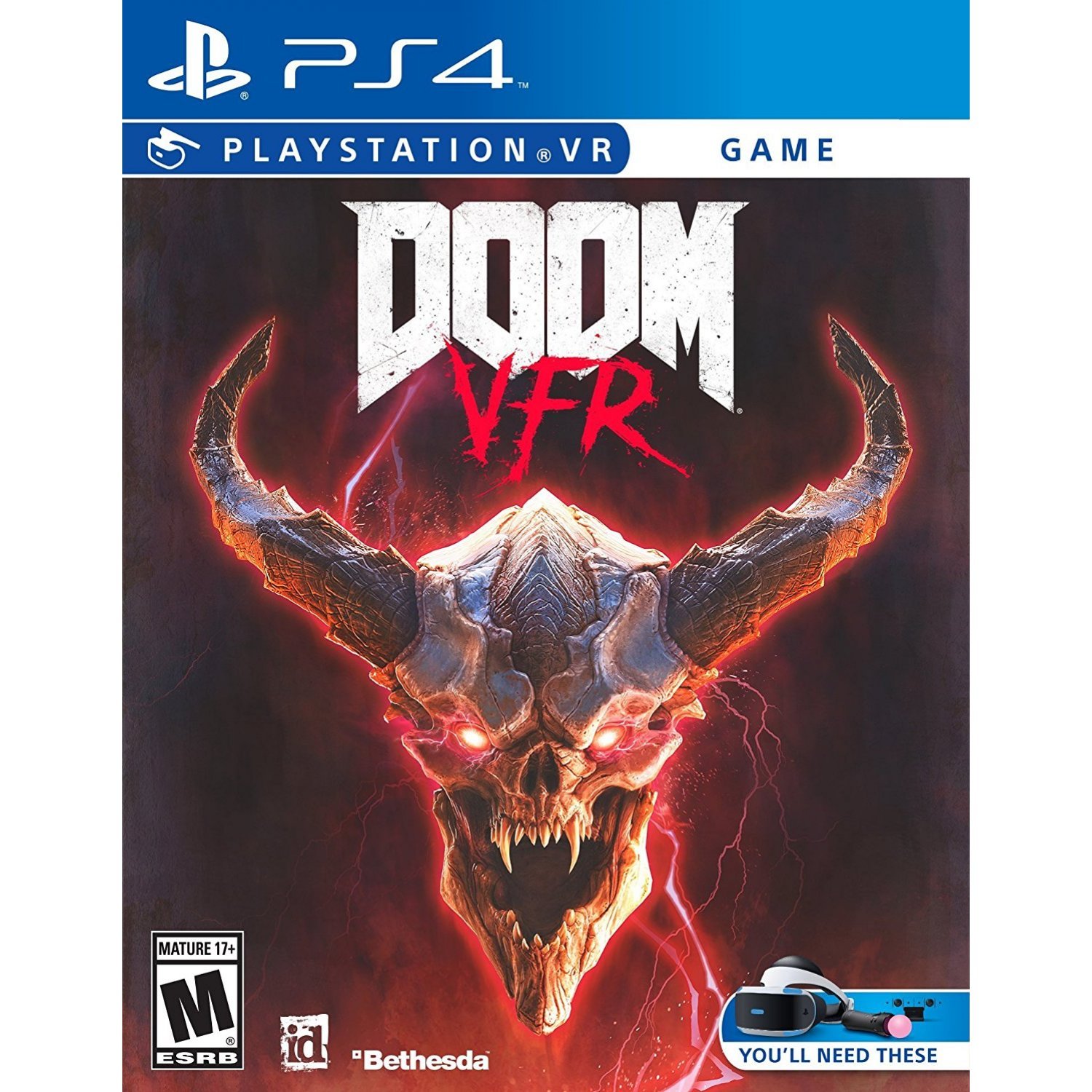