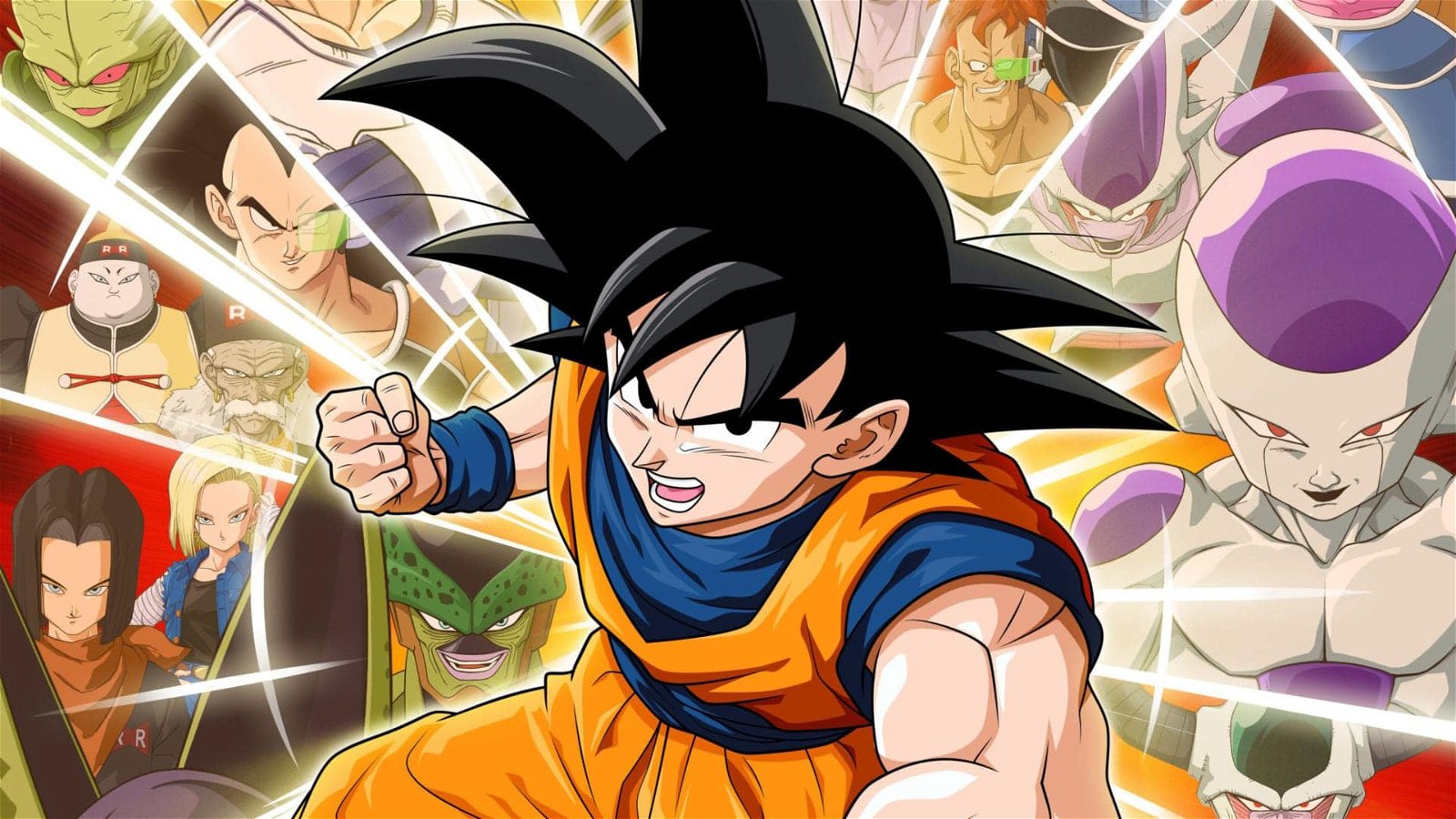 It’s been a long time since I’ve played a game like Dragon Ball Z: Kakarot.

When it was announced that the game would be an RPG, my mind was brought back to the Legacy of Goku trilogy for the Gameboy Advance. Each game retold the major arcs of Dragon Ball Z’s story, featured RPG mechanics and multiple playable characters. In some ways, Dragon Ball Z: Kakarot can feel like a successor to these games, retelling Dragon Ball Z’s story in its entirety in a large open world that players can explore freely. Despite how similar these games seem, however, Dragon Ball Z: Kakarot often feels like a step backwards for the franchise.

Dragon Ball Z: Kakarot would be best described as an open-world action RPG. Developed by CyberConnect 2, the team behind the popular Naruto Ultimate Ninja Storm series, Dragon Ball Z: Kakarot retells the latter half of Dragon Ball’s story, starting with the Saiyan Invasion arc and ending with the Majin Buu arc. Players begin their Journey as Goku but will soon gain access to other characters such as Gohan or Piccolo as they interact with many familiar faces from the Dragon Ball franchise.

If there’s one thing Dragon Ball Z: Kakarot demonstrates well, it would be how ill-fitted the series is for an RPG format. The game tries to stay true to the series’ plot and manages to do so more accurately than any game before it, something that proves to be both a blessing and a curse. Being an RPG, Dragon Ball Z: Kakarot is forced to lengthen its own runtime with additional encounters to avoid having the game become a series of boss encounters. The game occasionally uses this time well, creating extra scenes that help to strengthen the relationships between the Dragon Ball Z’s cast. In the same breath, however, you’ll end up with weird and random encounters such as Piccolo needing to fight Red Ribbon Army robots before he can help Gohan get started on his training. There’s hardly an explanation as to why the Red Ribbon Army would still be around in such numbers or why any of their simple robots would provide a challenge against Piccolo, creating awkward roadblocks in an otherwise simple story.

The visuals of Dragon Ball Z: Kakarot are easily its strongest aspect. Those who are familiar with the Naruto Ultimate Ninja Storm series have likely seen the high-quality work that CyberConnect 2 puts into their cutscenes, faithfully adapting the source material into video game form. Dragon Ball Z: Kakarot is no exception in this aspect. While a few fan favourite moments didn’t make the cut, Dragon Ball Z: Kakarot prides itself on its nostalgia-inducing cutscenes, often feeling like a CG version of the show itself. Helping this is the game’s voice acting which is featured throughout almost all of the game. While the nearly full voice acting is great, Dragon Ball Z: Kakarot does suffer from constantly reused lines during gameplay. Reactions to enemies, items or even nearby characters will generally illicit the same responses from playable characters which can become annoying, fast. The game features both English and Japanese audio, but it should be noted that as with most Dragon Ball games, the script only follows the English dub.

As expected with an RPG, Dragon Ball Z: Kakarot introduces a lot of gameplay features and mechanics. These might seem complex when they’re first introduced, but a lot of them turn out to be a lot shallower than you’d expect. Taking place on several large open-world maps, players are free to run, jump and fly around at will. Taking flight for the first time in Dragon Ball Z: Kakarot can actually feel exhilarating for the first time, players will soon realize that outside of collecting Z-Orbs or shooting down dinosaurs in a somewhat tacked-on first-person mode, there really isn’t anything to do besides getting from point A to point B. Running around the game’s different areas will almost always attract the attention of roaming enemies, transitioning player’s into Dragon Ball Z: Kakarot’s combat gameplay.

The two words that best describe this game’s combat would be flashy and repetitive. Dragon Ball Z: Kakarot relies mostly on its single-button attacks to allow players to perform fast attacks, follow-ups and evasions. Even in comparison to Dragon Ball games of the past, Dragon Ball Z: Kakarot moves at a slightly faster pace, creating that sense of speed seen in the source material. It Players can charge their ki energy freely to perform equipped super moves, evade at high speeds or chase after opponents, and eventually, transform to higher tiers of power. With most generic enemies, players will be able to button mash their way through battles with little consequence. Boss fights don’t require too much more effort outside of avoiding repeating attack patterns. Once the spectacle of Dragon Ball Z: Kakarot’s highspeed combat wears off, however, it becomes clear how little the game’s combat rewards the effort it expects players to put into it, ultimately becoming a real slog.

Outside of random battles and advancing through the story, Dragon Ball Z: Kakarot offers a number side quests. Unfortunately, these side quests prove to be some of the blandest parts of the game, raising the repetitive aspects to an all-time high. Almost all of them are nothing more than fetch quests with the occasional quest ending in a battle against more of the same generic enemies. Long time fans may appreciate getting to interact with classic characters from early Dragon Ball, but many of them feel randomly placed around the game’s maps and with no real introduction, players unfamiliar with the series will likely have no idea who these characters are or what their place in Dragon Ball’s world is.

It can sometimes feel difficult to notice how Dragon Ball Z: Kakarot’s RPG affects gameplay. One of Dragon Ball Z: Kakarot’s most unique features is its Community mechanic. Meeting different characters will often earn players’ use of their Soul Emblems. These Soul Emblems can be placed in different Communities together, offering a variety of potential stat boosts and other benefits such as greater rewards from battles. It’s an interesting idea and some of the conversations shared between characters when their Soul Emblem’s are placed together are charming. Overall though, The Community mechanic doesn’t feel like it’s necessary to Dragon Ball Z: Kakarot. I never felt as though I was having any trouble before setting my Soul Emblem’s and doing so didn’t seem to make things any easier. The same can be said for the game’s other stat-boosting mechanics.

Dragon Ball Z: Kakarot allows players to collect ingredients to cook food which will permanently boost a character’s stats. With these same boosts coming naturally through levelling up, collecting resources for food becomes a time sink with no real payoff. Throughout my time with Dragon Ball Z: Kakarot, I found that the only RPG mechanic worth putting time into were character’s personal skill trees. Upgrading skill trees can strengthen and sometimes unlock different special attacks, helping to shorten some of the potential tedious and drawn out fights. The only problem with this is that upgrading skill trees can only be done by spending Z Orbs, a resource scattered all-around Dragon Ball Z: Kakarot’s maps. Even considering how enjoyable flying can be, collecting these isn’t something that makes for a fun activity.

Overall, Dragon Ball Z: Kakarot feels like a project that wasn’t thought all the way through. The game gives everything it has to trying to best capture and recreate the series, but in its desperation to do so, it almost gives up on trying to be a quality game. Goku is known for eating a lot so cooking is a feature, but instead of it serving a real purpose, it exists so we can see him scarfing down food the way he does in the anime. The Community feature is there so we can get a bit of dialogue, but only between characters we already know would interact just like on the show. Even things like being able to ride Flying Nimbus or drive a car, while cute, offer nothing more than fan service when they’re slower than running around or flying. If you’re a big Dragon Ball Z fan, you’re likely already playing Dragon Ball Z: Kakarot and you’ve hopefully been able to ignore its many shortcomings to have a good time. Those new to the series will likely get nothing out of this title, but there are at least a few nuggets of enjoyment for the hardcore. We’ve been treated to better in the past however and I believe a game carrying the Kakarot name is deserving of much more than what it’s gotten. Speaking as a fan, I’m not mad, just disappointed.

Dragon Ball Z: Kakarot focuses more on pleasing hardcore fans with a beautiful nostalgia reel than trying to be an RPG with substance 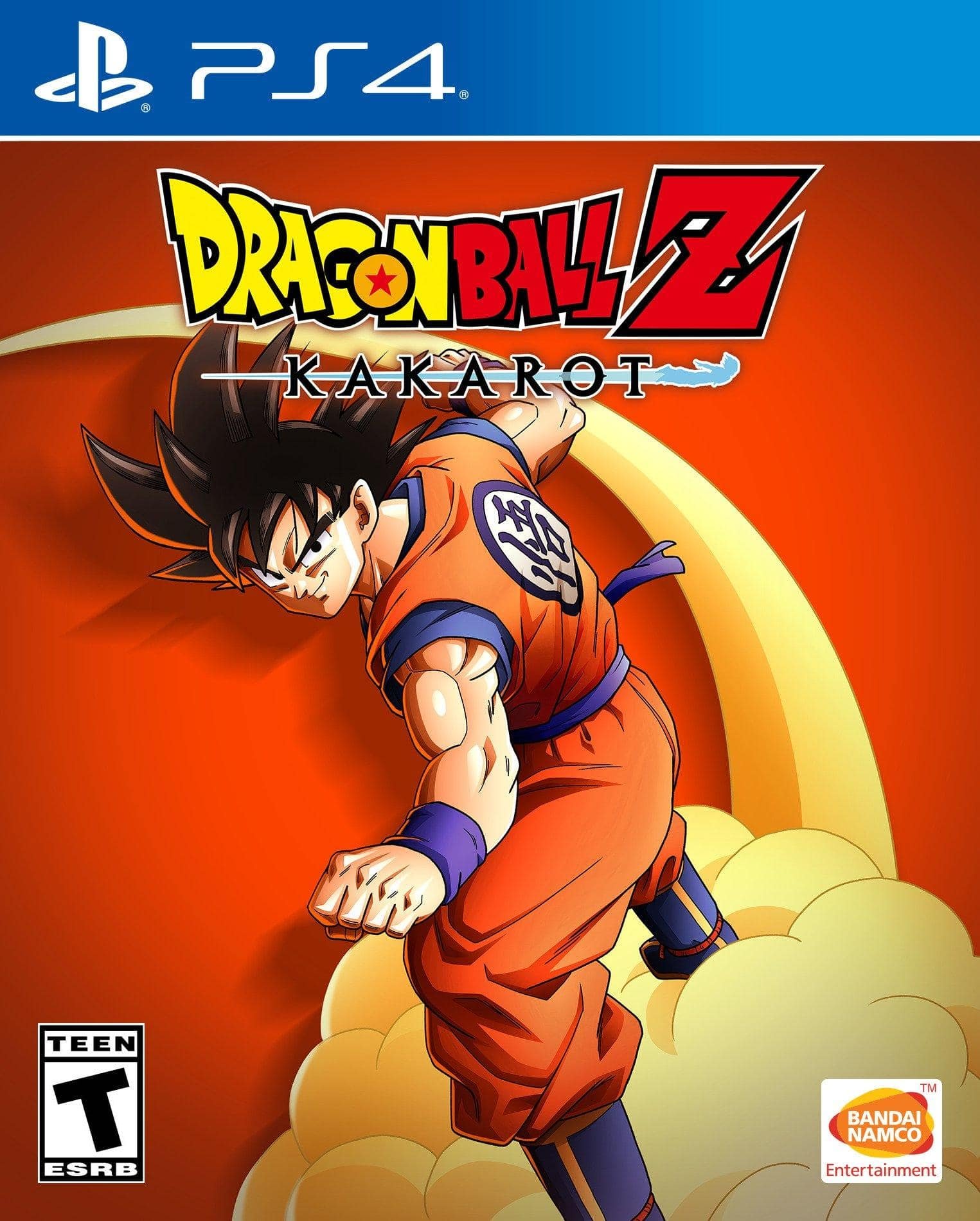