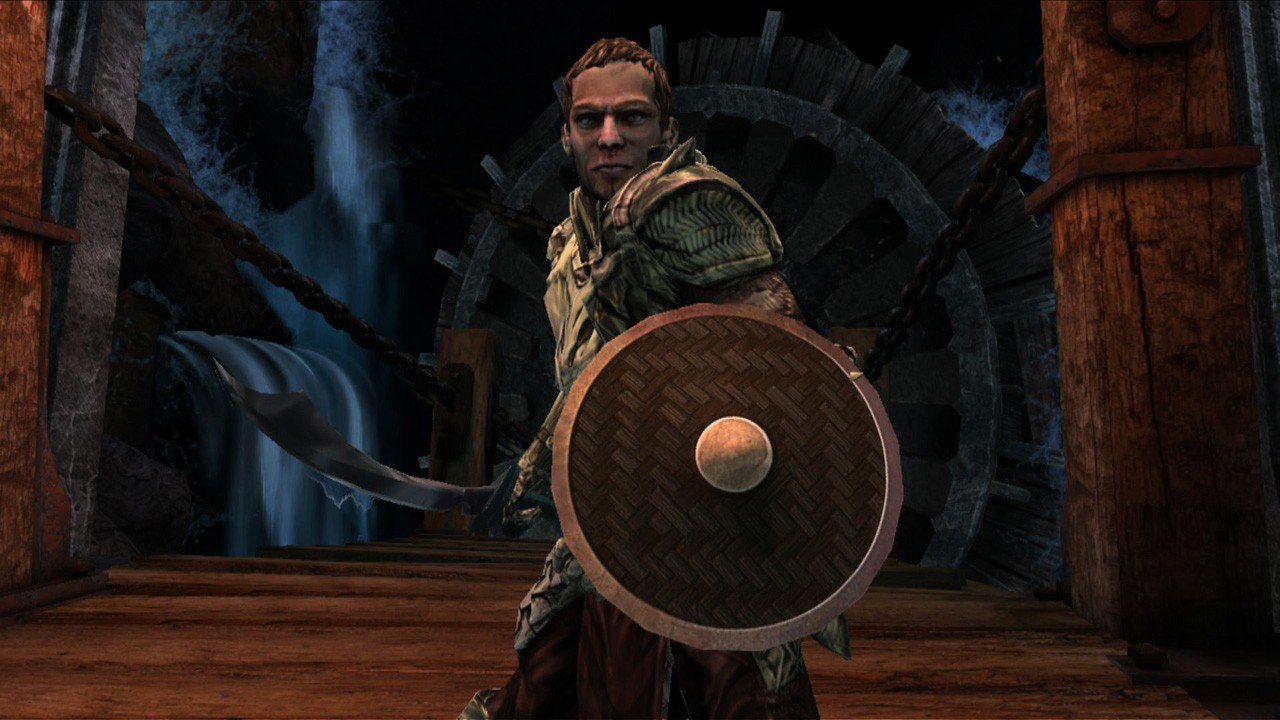 Dungeons & Dragons: Daggerdale just reinforces to me that the company that owns this intellectual property, Wizards of the Coast, made a terrible, terrible mistake when they let BioWare stop making games for their IP. Daggerdale is an action RPG that tries to bring a little bit of that BioWare/Blizzard feel, and stumbles—almost fatally—in just about every department.

Ancient evil unleashed, brave warriors gather to take it down, blah, blah, blah, every unimaginative trope used by every newbie dungeon master is employed in the cliché storyline of Daggerdale. This flat, uninspired story is complemented with poor writing, and just about the least impressive use of the Unreal engine I’ve seen to date.  This is a downloadable game which obviously isn’t pushing any hardware in an appreciable way, but there’s still screen tearing, frame rate issues, and other typical, Unreal engine glitches. The art direction doesn’t help matters, being bland, not particularly colorful, and not very imaginative.  The game’s audio also shows its budget nature, with some grunts and groans in the place of voice acting while subtitles play out, similar to mechanics used in the Yakuza series, but even more incoherent. Music is also on the cheap end, with obvious, synth-derived compositions that never distinguish themselves. On the whole, it’s a budget title that shows its limitations, never outright broken, just barely passing the requirements for being considered functional.

The gameplay is where things really take a turn for the dull. Once again, this is not actually broken game. Everything here works, it just don’t work efficiently or in any kind of entertaining manner. The check boxes for an action RPG have all been dutifully attended to; character classes, stats, leveling, loot, skills and dungeon crawling. All of it works, none of it is particularly fun. The pacing of the game is abominable, with no real sense of progression, just pockets of mobs with an occasional boss. The rule-set slavishly follows D&D D20 conventions, to the point of irritation as leveling can take a VERY long time. Loot is uninspired, and lacks that exploitation of Pavlovian response and reward that Diablo and Borderlands understand very well for keeping players compulsively killing for that next weapon or armor upgrade. In many respects, this feels much like a game from the 90s, as if the designers were only just figuring out the fundamentals of game design and are completely unaware that nearly 20 years of refinements to game mechanics have occurred since the idea of “You kill stuff and get loot and XP” first came to be. Even basic features like checkpoints have been removed, which means that when you start a quest, you’d better be prepared to see it through, as you can neither save in the middle of it, nor continue from a checkpoint if you need to stop playing.

There’s co-op multiplayer as well, both of the local and online variety, but both are deficient in their own ways. Local co-op reveals a camera wildly out of control, making it difficult for players to orient themselves or even see what’s going on, as they are obscured by pillars, walls and other features. Nope, the game doesn’t render objects transparent when players go behind them, like any game made after 1995 does. Online multiplayer is badly mangled by unreliable connections that can boot players out of a game if they’re not hosting it, or, worse yet, paralyze them in place while enemies happily hack away at them.

At $15, for a 6 hour game that works—just barely—it’s difficult to recommend to players. PC gamers of course can play Diablo III and which makes the mere existence this game a joke. Xbox 360 players can enjoy Torchlight II when that comes out later in the year. PS3 players truly desperate for some loot whoring are better advised to either tough it out until Borderlands 2 comes out, or wait until this is on sale for $5 or less or even try out Dungeon Hunter: Alliance. This is not a masterful D&D experience. In fact, it’s an awful lot like playing D&D as the sole character being attended to by a dungeon master who is both not very bright and kind of a jerk.

Dungeons & Dragons: Daggerdale just reinforces to me that the company that owns this intellectual property, Wizards of the Coast, made a terrible, terrible mistake when they let BioWare stop making games for their IP. 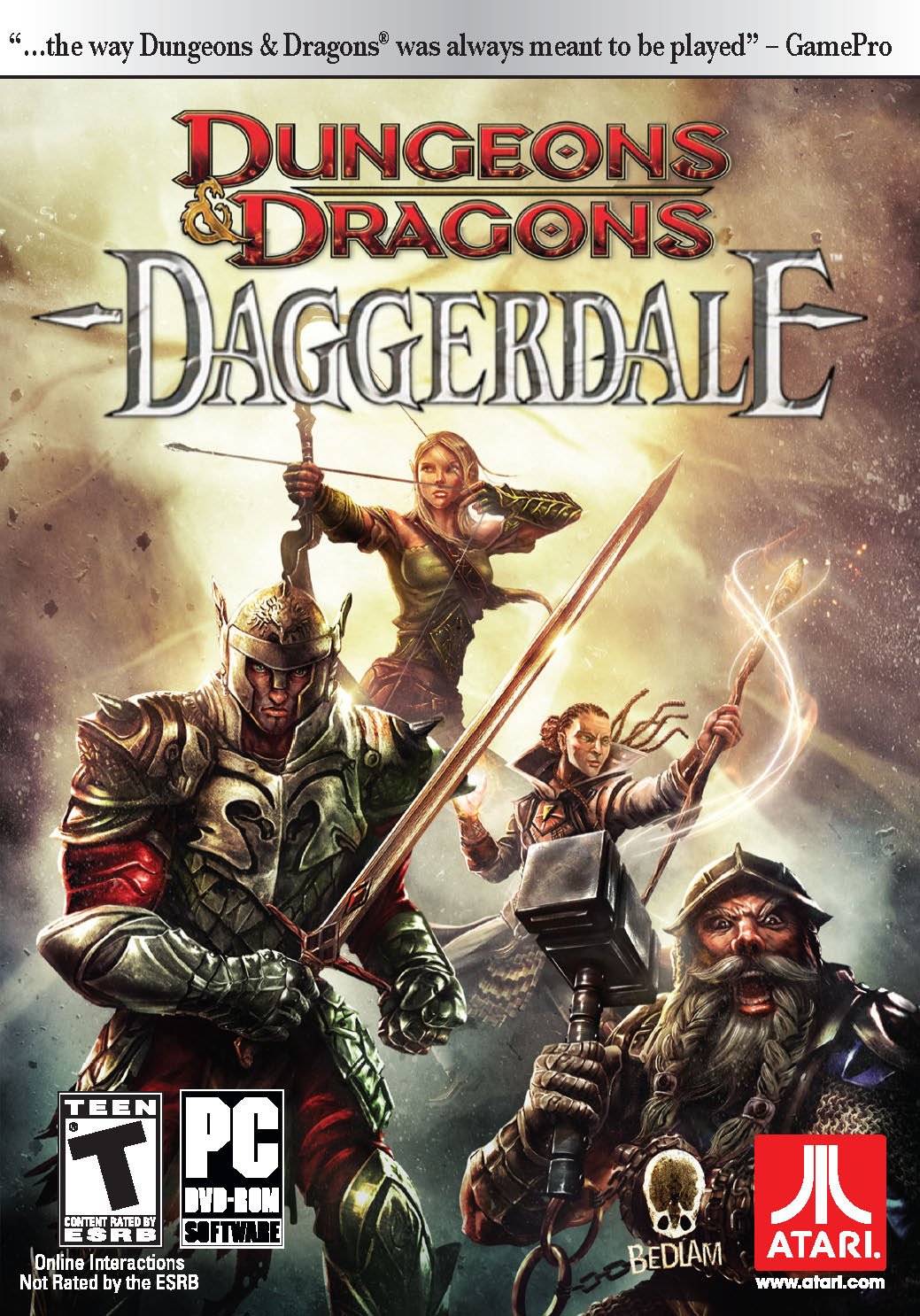