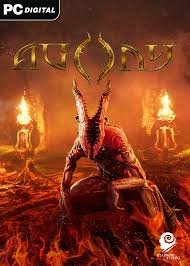 Agony is a title that I’ve been following ever since it was announced by Madmind Studios through their Kickstarter in 2016. Unfortunately, after finally getting some time to play the game, I’m not as thrilled as I once was with the prospect of going to Hell.

Agony, as the name suggests, is a brutal and visceral representation of Hell, where players are thrown into Purgatory with the memories of their mortal lives erased, replaced instead with an almost obsessive desire in finding someone named the Red Goddess, the woman in charge of the Underworld. A lot of the exposition in Agony is told through collectable journal entries, comics and other hidden items strewn about the game world. Agony does offer up more in the means of cinematics that feature some hellishly good voice acting, complementing the titles standout visuals that ultimately add to the overall experience and story of the game.

On the topic of visuals, Agony, for the most part, is a good looking game, especially when cranked up to ultra settings. Environments are fully realized with fleshy Cronenberg levels of grotesque detail, with the core of the title feeling like an interactive and living nightmare-scape with clear inspiration derived from the works of the Dutch Artist Hieronymus Bosch.

Sadly, the visual polish is rather inconsistent in the world of Agony, although environments and enemies look the part, most of the other NPCs or the residents of Hell, look as if they stepped out of an Xbox 360 launch title, rather than a game released in 2018. NPCs play a big role in Agony, as they can be taken over and controlled, once the player character is killed or during special sequences, that allow the player to basically astral project themselves into both the bodies of the damned and demon characters.

Possessing other characters is a mechanic that is generally used in the game to cheat death, giving players around 30 seconds to find a host to take over, instead of having to continue from a checkpoint. The time it takes to find another host, for the most part, felt fair but an issue I had with this mechanic is when taking over demons. Demons unlike human characters, can’t really be used to progress through the game, instead, taking over a demon is meant to allow the player to break environmental obstacle in order to proceed. The problem is the game doesn’t clearly indicate when this is necessary, making demon possession feel rather useless, especially considering the player can only control a demon for a short period of time before once again having to find a new host.

In fact, Agony suffers from a lack of guidance throughout. I often found myself completely lost, having to resort to trial and error in order to eventually brute force my way forward. The often convoluted or unclear path to progression is compounded and made worse thanks to some questionable checkpoints that sometimes feel too far apart. On the bright, a lot of the in-between progress saves, meaning players will only have to walk back to where they died, without the worry of reset puzzles, traps or enemies.

Madmind did include the option to turn on a rather imperative wayfinding system known as the destiny line, a neon-bathed wisp of energy that can help lead players towards the general direction of their next objective. The destiny line feature is always on, however, by default, it can only be used a few times until the player finds a new checkpoint. Thankfully, the feature can be toggled to always be on from the settings menu, I just wish it also helped track specific objectives rather than only pointing out vague directions that ultimately only help dampen the frustration.

One aspect of the game that I did enjoy was the stealth sequences, particularly early on, during this maze section that was littered with enemies, which made each encounter a tense and frightful moment, until I finally did manage to escape the labyrinthian-like room and continue on.

Even the sometimes fun stealth sections can, unfortunately, be diminished thanks to things such as overly dark rooms (increase the gamma in the options at the risk of losing visual fidelity), enemies that immediately spot and kill you upon possession of another body, or just bad game design with no places to hide-in-sight.

Agony is a game I really wanted to love and visually, the game looks rather impressive, even some of the early gameplay moments feel well crafted and fresh, yet, as a whole, Agony just doesn’t hold up against other games of the genre — at best, Agony feels like a lovechild between Red Barrel’s Outlast series and id Software’s 2016 Doom reboot, and at its worst, Agony feels like a game that probably needed a few more months in the crucible before inviting us all to join it down in Hell.

Agony is a game that is better left in the deepest part of hell, or at very least, the discount bin.
REVIEW SCORE
6.5
File Under: Horror