Atelier Firis: The Alchemist of the Mysterious Journey Review 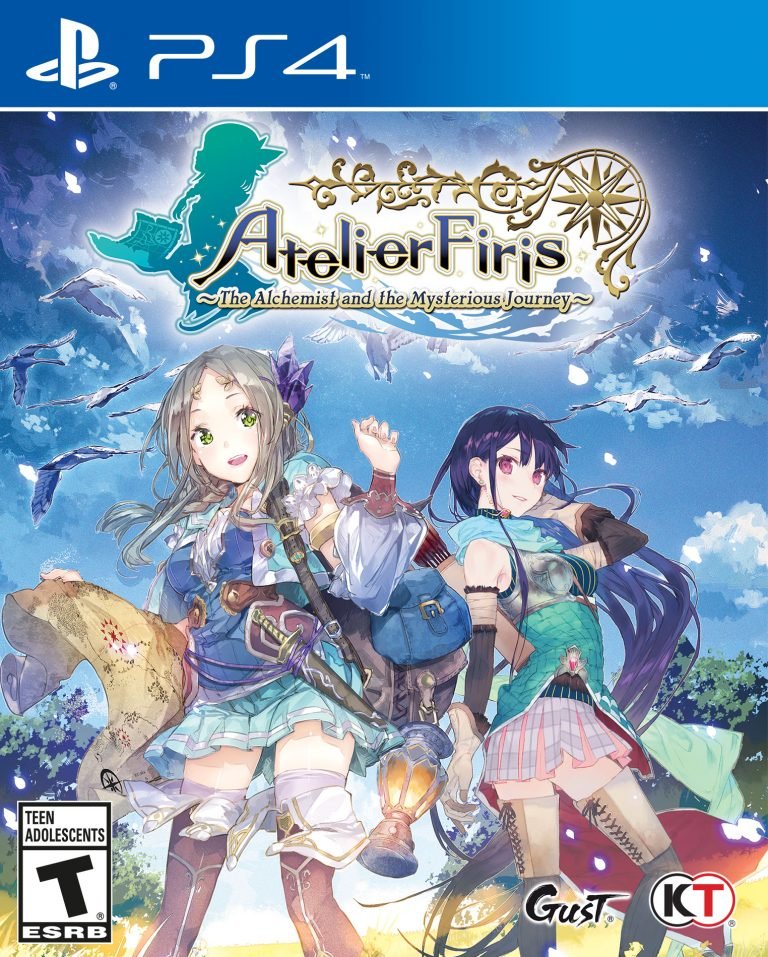 Slight as they may be, I enjoy Gust’s Atelier games. They’re generally fun, breezy adventures oozing with charm and cuteness. But beneath that, there’s generally a rock-solid blend of RPG and crafting mechanics acting as a foundation. Sure, none of them are game changers by any means, but they manage to bring a smile on my face and keep me invested all the same. Unfortunately, the only thing Atelier Firis: The Alchemist of the Mysterious Journey brought me during my time with it is a series of prolonged snoozes. Much like its heroines, crafting mixtures throughout their journey, Gust has managed to craft a potent sleeping potion with heavy dosages of tedium and monotony, with a pinch of unlikeable characters for good measure.

It wasn’t for lack of trying that I disliked Firis’ story. The tale of two siblings who have spent their entire lives living underground making a big journey across the country had promise. Titular Firis has discovered the art of alchemy, see, and she wants to become a certified alchemist so her overprotective parents will let her live above ground for the rest of her life. But she has to get certified in a certain amount of time or she will be forced to live underground forever, and she has to take her older sister along with her as a bodyguard. She, of course, meets other friends along the way, and eventually, discovers a graver threat to the world than having her “play outside” privileges revoked.

Most players probably won’t get that far in, though, because Atelier Firis’ plot is interminably dull, and filled with walking trash bags overflowing with anime tropes in place of actual characters. Firis herself is annoyingly weak-willed, whining about anything that presents itself to her. Her sister, Liane, is a downright creepy sibling, obsessing over how pretty and cute her younger sister is to the point of it feeling borderline incestuous. But the worst offender, in my book, is Ilmeria “Il” Von Leinweber, a blonde tsundere trope whose personality changes on a dime and is an ill fit to the overall narrative, yet is nevertheless shoehorned in as a main cast member. It doesn’t help, either, that the dub and original Japanese voice tracks are both just flatout terrible, with squeakiness and childish speech patterns that gave me grim flashbacks to Alvin and the Chipmunks. Considering Firis babbles like an infant every time she does a simple task, this is especially grating.

None of this cloying romp is even engaging to play, which is where my earlier “sleeping potion” comes in—Atelier Firis has some of the most flat and uninspiring gameplay this side of a Compile Heart game. Combat is a pared-down version of the already simple turn-based mechanics found in previous entries, and crafting is a mildly engaging but convoluted puzzle mechanic. Exploration is the big emphasis this go-round, and unfortunately, it’s clear that Gust has little experience on this front. Almost every area is an empty sprawl, and nothing on display is particularly pretty to look at thanks to jarring pop-in and ugly textures. The map players are given is cumbersome and useless, and directions are often unclear thanks to a barebones and oddly segmented quest system. From top to bottom, everything in Atelier Firis is clumsy and leagues below other JRPGs on the market. I often found myself ambling around for a bit, falling asleep, waking up, then repeating the cycle a few moments later.

It also doesn’t help that I encountered a game-breaking bug relatively early on, halting actual story progress. Firis was given the next part of a quest to follow, but when I followed the prompt to look at it in my quest log, it was gone. Pausing and unpausing didn’t help, and talking the quest-giving NPC only gave me a vague hint as to what I was supposed to be doing. The quest was on my screen for a split second, as a notification only, and disappeared into the ether shortly afterward. I had no choice but to leave that quest in the dust and trudge through as much more of the story as I could, hoping to accidentally stumble onto the objective at some point in the future. While Firis has clearly been patched since its bug-riddled Japanese launch, lingering issues like this serve as painful reminders that Gust has growing room to do if they hope to make open world titles like this going forward.

While I’m a fan of Gust, in particular the charming Atelier Shallie and the fantastic Nights of Azure, Atelier Firis: The Alchemist of the Mysterious Journey left me both irritated and bored. Irritated because I know this is a franchise capable of so much more, and bored because, well, games sending me to sleep is less than ideal. Don’t spend money on your next nap, and don’t play a bad RPG when there are so many good ones out there—even ones in this very series.

Atelier Firis: The Alchemist of the Mysterious Journey is a dull, flat story filled with insipid characters, delivered through thoroughly monotonous gameplay and dragged out over the course of an interminable amount of time. Steer clear of this trope-ridden snoozefest.
REVIEW SCORE
5.5
File Under: RPG