A Psychotic Love Letter to Gamers 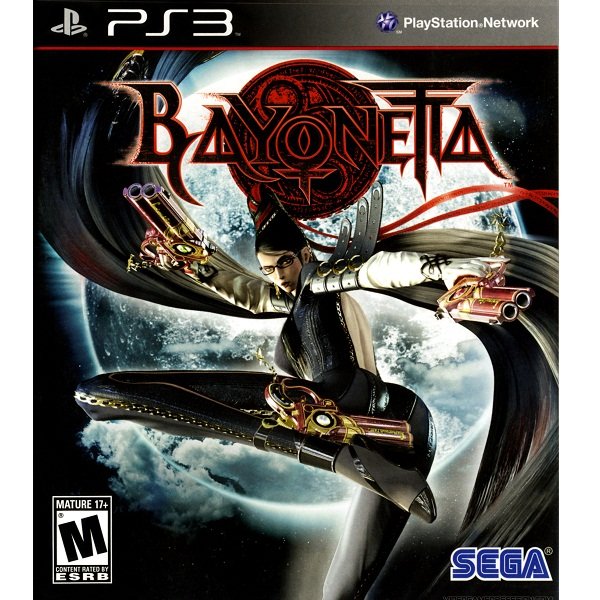 A word of warning about Hideki Kamiya’s Bayonetta – unless you have extensive experience with
Japanese humour, and gaming humour in particular, this promises to be one of the most unintelligible Games on the market today.

Even with the appropriate background information, Bayonetta boasts a collection of over-the-top antics which are second to none. Simply put, Bayonetta is the rare sort of game that comes out once in the generation of a console. But once it does arrive, it forces all other titles to tread water in its lunatic wake.

A Witch in Time Saves Nine

The framework of Bayonetta is rickety at best. The eponymous heroine is an amnesiac witch with an impressive array of anime-like prowes She also happens to be an expert in gun play and martial art On a quest to recover her memory, Bayonetta swoops through a series of events that slowly explain why she’s been stuffed into a coffin and stowed at the bottom of a lake for nearly two decade Aside from that, the narrative is little more than a loose arrangement of points on which to hang some of the most colossal boss battles and combat sequences ever put in play.

Without a doubt, Kamiya intends Bayonetta to be a sassier, sexier, and even more psychotic version of a previous character, Dante, from his now classic game Devil May Cry. In short, the breathtaking scale of Bayonetta’s calculated absurdity is a brazen dose of sexy, adrenaline-fuelled combat.

The game is a unique experience that is not afraid to take chance In doing so though, it runs the risk of alienating large segments of the market. On the other hand, Bayonetta is clearly influenced by many more accessible aspects of Western popular culture. The primary enemies resemble highly stylized angels, equally inspired by ethereal Renaissance cherubim and bestial nightmarish mutation

As for Bayonetta herself, she is clad in a bold calamity of fetish aesthetics and couture catwalk glamour. Her wispy frame is draped in what first appears to be a leather cat suit, but upon closer inspection is actually a shimmering curtain of luxurious and magically charged hair. Then to top off the ensemble, she is accessorized with a fashionable pair of butterfly-shaped glasses, which only heightens the dressed-to-kill “Naughty Librarian” motif.

“Bayonetta has been polished to a fine sheen.”

Much like the visuals, the audio tracks take their share of chance Eschewing the traditional hard guitar riffs which helped to define Devil May Cry, Kamiya opts for a bouncy mix of upbeat J-Pop, jazzy tunes, and remixed ballad The voice acting is, like everything else, off the charts, none more so than Bayonetta’s crisp British accent, conveniently almost dripping with sexual innuendo.

But then again, almost everything about the game seems sort of sexual. It’s almost as if Kamiya, aware of some of the western criticisms of Japanese slants on western culture, has parodied those criticisms by pulling a “Spinal Tap”. Oh yes, he takes it all the way up to 11.

An Exercise in Discipline

With all the excessive flash incorporated into the game’s visuals, there’s still a meaty and merciless action game to be played. Truly, this is Japanese game design at its best. Bayonetta is fluid, dynamic, and precise, while stubbornly refusing to cater to casual audience As a Kamiya game would suggest, Bayonetta’s combat engine is a thing of marvellously tuned efficiency. While a plethora of audio and visual cues clue attentive gamers in to the mechanics, timing, and positioning of the fight sequence

For the record, button mashing does reward gamers with some ludicrously spectacular attacks moves, but the meticulous gamers will uncover a system of highly adaptive combination moves that are well worth the experimentation.

Although the third-person arena-style formula is well established, Bayonetta has been polished to a fine sheen. More than that, it is interspersed with numerous mini-game levels that call back to SEGA classics such as Space Harrier and Hang On. In fact, the game is so riddled with in-jokes and self-referential humour that much of it will most likely elude all but the most ardent gamer Occasionally some of these segments may run a little too long or repetitiously, but these are minor blemishes on an otherwise stellar effort.

The only caveat with the game is a strong recommendation for the XBOX 360 version. The PS3 version is plagued by minor technical glitches, drops in frame rate, and excessive loading times that make it a functional but less ideal version. Version deficiencies aside, Bayonetta is a must-own title for fans of Japanese game design.