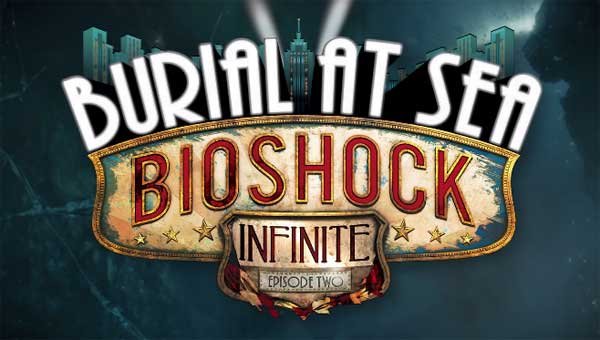 I have to say, I came into Bioshock Infinite‘s final DLC with high expectations. The last DLC, while generally enjoyable, was short, difficult, and offered little different in the way of gameplay or plot. I thought the writing for the core game was superb, but the first Burial at Sea confused me with a twist that, while not entirely surprising, raised problems with the overall continuity. As it was apparently setting up for the second instalment, I was willing to give it some leeway, as it was a decent bit of DLC for the package deal it offered.

Irrational Games at least had the decency to allow players to buy he season pass up until the release of this game, so I have to note that this doesn’t feel like a tremendous scam. The second, and final part of Burial at Sea, though, brings back some of the great writing that rocketed the original game past slightly-above-average status, and gave us a markedly different gaming experience from everything else given in previous instalments.

Spoilers are a given when talking about Burial’s plot, so I won’t go into details. I will, however, point out that the game ties heavily to the plots of both the original Bioshock, and Infinite, far more than the first Burial DLC did. The core game dealt with a lot of causality-based issues, but this game’s plot gets into full-on predestination paradox. It’s a better use of Rapture than before, with a more compelling reason to be there, but it’s still somewhat needless when there were plenty of other universes to play around with (1982 should have been a level, period). There are a few revelations about key events in both Infinite and Bioshock proper that are well-presented, showing that the writing is still making a strong effort even with nostalgia goggles on. Still, the atmosphere of Rapture and Columbia (both of which you visit in this DLC, which was a smart decision to tie things together), are well-executed and the role-reversal that comes with playing Elizabeth is quite engaging.

Elizabeth was the core of the original game, as your support character and general plot driver. As the player’s controllable character in Burial at Sea, she’s distinct from Booker in that she favours stealth and misdirection over heavy combat. It’s a departure from the original game’s structure, one that concerned me initially due to the issues with stealth as a primary mechanic. Generally, such games punish you for being noticed, and often result in lots of tedious moments trying to take out a room without alerting others.

The game certainly is slower-paced than I’d experienced in Infinite proper. Elizabeth has no ‘assistant’, and is instead able to carry health kits with her to heal, like in the first game. These are generally good in emergencies, but I only had such moments early on. Death restarts you from your last checkpoint, rather than re-spawning as you do in the first game, which makes for a somewhat longer turnaround (especially since the death cutscenes can’t be skipped). However, I didn’t notice the problem long, as I quickly became entirely undetectable to enemies with the new invisibility/detection Plasmid. Exploration off the main path leads to its upgrades, to the point where it doesn’t even cost Eve to use in most cases – and makes most encounters trivial from then on in. I also never had any reason to use any of the lethal weapons, as the tranquilizer and gas darts handled most issues. Ironside, the defensive plasmid, went entirely unused, as I never got into a situation I couldn’t stealth out of.

Perhaps the game intends for you to go in guns blazing at times, but given the open levels and clear noise-based floor layout, with broken glass and water amplifying your footsteps and freight hooks to let you quietly leap about to ambush enemies, I somehow doubt it. In any case where I had such an emergency, invisibility, and possibly some mind-erasing ice powers (it’s an upgrade, sense doesn’t need to be made anymore). By the end, the challenge wanes as you can stealth by hordes of foes and set them against one another.

Did I enjoy myself? Yes, I did; I enjoyed sneaking about and shooting a soldier with a tranquilizer-filled dart, turning invisible, and smacking a guy in the face as he walks right into me. I enjoyed crawling in vents and picking locks. I enjoyed the story more than I did in the previous DLC; however, like the first episode, I don’t have a desire to play it again. There’s just not enough – I found all of he secrets, and don’t feel I’m missing anything by playing a loud, trigger-happy Elizabeth. It’s only a few hours of gameplay at most, which feels somewhat lacking for the amount of time it took. I would have liked something more for a season pass – distinct DLC episodes dealing with different realities or perspectives.

Fair warning: This content is more in line with the core game’s difficulty than the previous episode, so Hard difficulty is the new Normal. While this doesn’t bother me all that much – there are other difficulties, including one that requires you only use non-lethal weapons – it’s notable after Episode One was such a meat-grinder. Part of it is the lack of respawns, though.

For what it is, it’s solid, and you’re not getting ripped off. But we could have had so much more, and that disappointment prevents this from reaching the true heights.

This content is more in line with the core game's difficulty than the previous episode, so Hard difficulty is the new Normal.
REVIEW SCORE
7
File Under: Bioshock, DLC, Irrational Games, Shooter