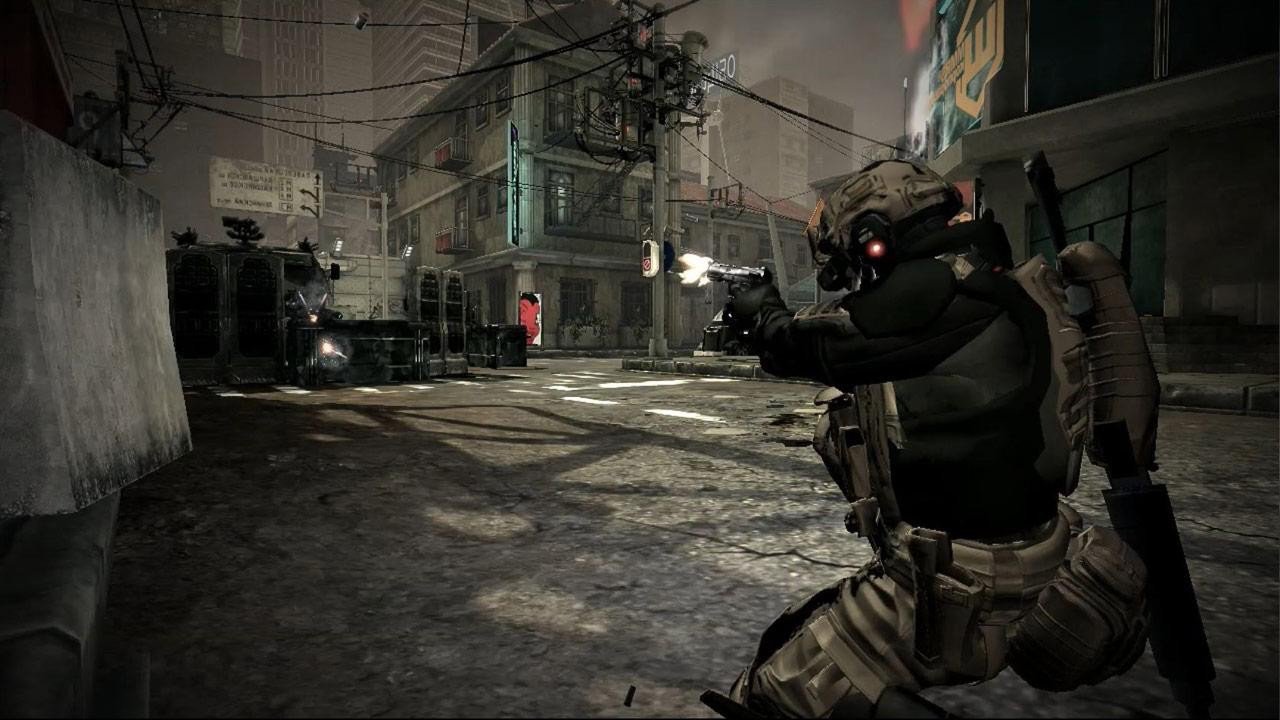 At a time when the market is saturated with military-themed first person shooters, Blacklight: Tango Down entered the online arena hoping to corner a new niche – the budget-conscious hardcore shooter fan. Boasting a 70 level ranking system, an option-rich weapon customization system and a unique NAV system, Blacklight has plenty of new features to entice combat-weary Modern Warfare 2 fans.

Blacklight: Tango Down drops you into the war-ravaged city of Balik, where a highly-trained, technologically advanced insurgent group known as The Order have taken charge. As a member of the elite American special ops team Blacklight, you are charged with returning one of your captured comrades to US soil while destroying the order at any cost. At the same time, a populace infected with a zombie-like plague terrorizes both groups.

Fans of the Call of Duty series will be delighted to find that the control scheme for Blacklight has been lifted directly from their beloved game, albeit with some slight annoyances (you can’t break into a run from a crouch position and the melee attacks are dangerously finicky). The actual gameplay meets somewhere between Halo and COD; you can run and leap great distances without incurring any damage, but guns do too much damage to encourage brazen running and gunning. Unfortunately spawn camping is still a reality even with the thoughtful placement of sentry guns in each team’s spawn. Despite this, the action is fast-paced and the addition of the NAV visor discourages camping. It’s no MW2, but that’s not such a bad thing.

The solo campaign consists of four “Black Ops” challenges, which are not unlike MW2’s Spec Ops missions, right down to the four-player co-op and variable difficulty settings. Objectives boil down to “hack this mainframe,” “kill the tangos” and “secure the object.” To be honest, I didn’t play much of these modes because I became frustrated with the fact that a single death equals failure and back to menu screen. While I’m sure Black Ops would have been more fun with three other players, no one on my list has the game and there’s no option for splitscreen/matchmaking mayhem. The ability to use the weapons you’ve customized in single player is a definite plus. Of course, Blacklight’s single player campaign is just window-dressing compared to the robust multiplayer experience.

This is where the real fun (or should I say, game) begins. After jumping online, players can shoot it out with up to 15 other combatants on a variety of different maps. MW2 veterans will enjoy familiar game types such as Deathmatch, Domination and Last Man Standing, but won’t find anything new. Which is fine, because Blacklight‘s robust weapon customization more than makes up for the lack of innovative gametypes. Rather than collecting different guns, Blacklight essentially lets you create your own. Before playing a match, each player has access to an armory stocked with guns, armour and equipment. Each player starts off with basic models of familiar gun categories such as Assault Rifles, Sniper Rifles, Shotguns, etc. As players collect experience and level up online, new barrels, stocks, sights, magazines become available. Far from being cosmetic, these improvements can drastically affect your avatar’s stats, such as stopping power, reload speed, health regeneration and more. Within seconds of slapping on an ACOG scope to my assault rifle, I was able to kill foes with a deadly long-range precision that simply wasn’t possible with the less effective starting scopes. With the seemingly limitless customization options, Blacklight will satisfy those fed up with COD’s Prestige system.

At $15, Blacklight Tango is a definite value for casual-hardcore FPS fans looking for a break before COD: Black Ops hits.

Blacklight Tango is a definite value for casual-hardcore FPS fans looking for a break before COD: Black Ops hits. 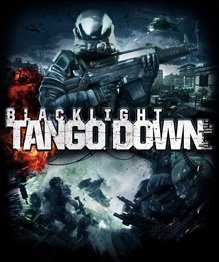