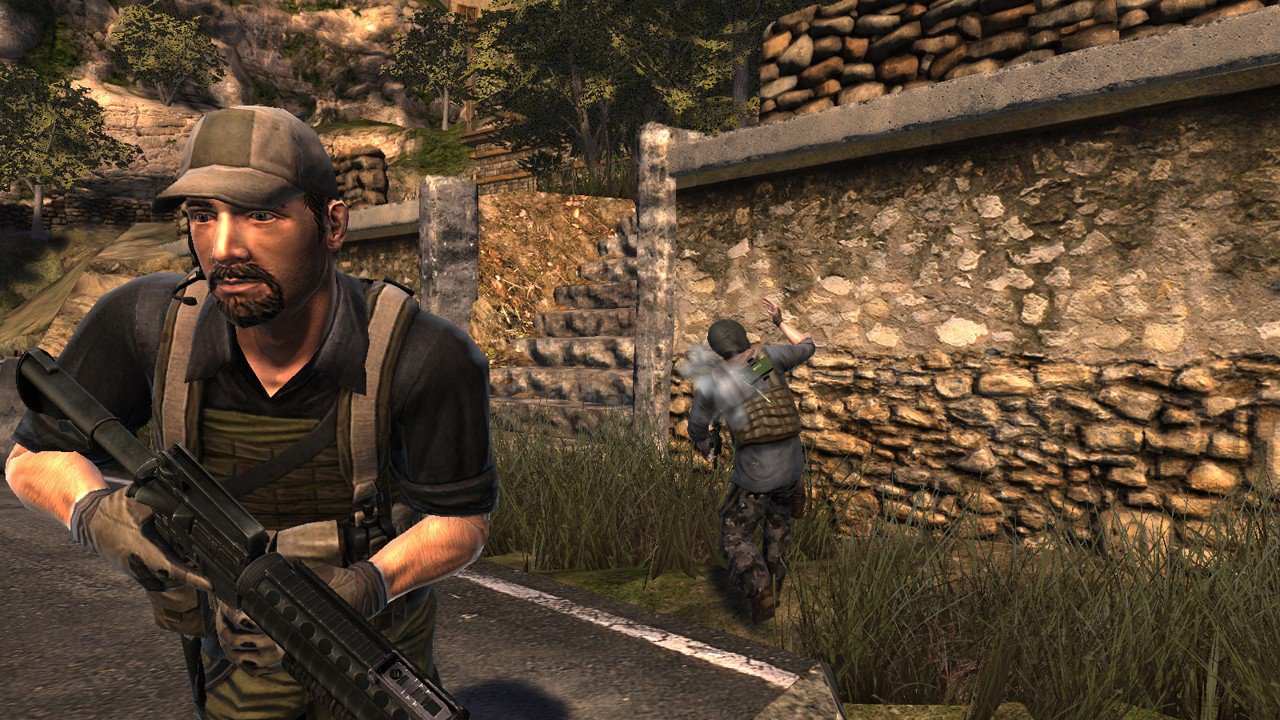 Atomic Games was originally slated to give gamers a taste of contemporary combat with Six Days in Fallujah. Unfortunately controversies raged, public outcry ensued and we never did get to see the game in action. In the meantime, a smaller title, Breach has now been released to Xbox Live and Steam, but while it tries, in smaller fashion, to capture the flavor of team-based, online combat, it fails to deliver the proposition in compelling ways.

As a multiplayer-only shooter Breach attempts to stand out by offering players fully destructible environments with both large and small scale demolition. The game promises collapsing bridges and blown-out walkways, but also the pinpoint accuracy of shooting out select bricks for new sniper positions. What’s delivered is an unmitigated mess based on an engine that can’t live up to expectations.

Breach uses a segmented design in which small pieces are connected together to form a whole. This allows the game to make every bit of the environment independently destructible providing it’s macro to micro scale demolition. However, good destruction is always about physics; demolishing a wall is only believable if all the pieces of the wall react in relation to each other.

Where the game falls apart is in each segment’s ability to recognize its relationship with the pieces around it. Shoot out the wood planks surrounding a window and the frame will stay suspended in the air. Toss a grenade at a fence and rogue boards will float without support. The environment doesn’t react to destruction physically until it’s destroyed, leaving undamaged pieces to break immersion completely as they defy Newton’s laws.

The only time pieces react to one another is when a key piece, like a bridge pillar, is destroyed causing all related pieces to immediately collapse. This becomes exceptionally bizarre when the planks of the bridge are no longer connected to the pillar, but even disconnected the pillar still acts like a plunger detonating a load of TNT.

Then of course there are the random bits of terrain that aren’t destructible at all. Trees, metal girders and cars are not only completely impervious to rocket launchers but also have incredible bullet stopping power. In fact even wood planks also seem to be able stop machinegun fire; Breach does not feature realistic bullet penetration.

The game’s inconsistent demolition engine would be annoying, but passable if it weren’t the game’s biggest feature. Apart from the promise of tactical gameplay based on destruction there isn’t much else to Breach.

Visually the game is a little primitive. Textures lack detail and the geometry is also very simple. Nothing really stands out as impressive but it’s not an eyesore. The mediocrity tips in to disappointing when players start fighting and ugly grenade and smoke effects start cluttering the battlefield. It’s passable if you make concessions for it being an XBLA title, but it doesn’t hold up to scrutiny.

Though they may not be the prettiest, Breach does offer 5 maps with significantly varying styles. They tread the same ground as most other modern combat shooters but it’s got more variety than expected for a downloadable game.

While there are only 4 different game types including team deathmatch, a king of the hill variant, and a team neutral capture the flag, the convoy mode is rather unique; One team moves armored vehicles forward through a course by standing next to it while the opposing team defends roadblocks to try and stop the procession. Things get interesting as both vehicles have usable turrets for defense, and the roadblocks require manual explosive detonation to pass.

Controls lack the fluidity of more refined shooters, but they are passable. It doesn’t always feel as smooth or accurate as it should, but at its slower pace it provides a slightly more tactical style of shooter. A good FPS doesn’t need to reinvent the genre, but without being magnificent Breach only barely covers up its flaws in the heat of a firefight.

As a multiplayer-only title with no bot support the game needs a strong community to survive. Unfortunately for Atomic, more established games like Battlefield 1943 already offer more complete and polished experiences in the same download space. With all of its flaws Breach won’t have a chance to develop the sort of playerbase needed to make a game like this work in the long term.

There are leveling mechanics and loadout upgrades to earn for those who do choose to stick around. Earning experience and cash to unlock upgrades should be familiar to anyone who’s played a Call of Duty game in the last 3 years, but Breach lacks the frequency and variety of rewards to stay engaging.

Breach does offer something unique with its unlockable gadgetry. Items like the sonic imager which lets players see through walls, or the remote motion sensor that warns players of oncoming enemies offer some new and exciting gameplay concepts. It does take a while to earn the coolest gear and the game could have benefited from providing players with access earlier, but it is a unique highlight in a game that’s very derivative.

In concept Breach is a fantastic game. There are so many cool ideas in it but they’re hard to see through all the mess. For a downloadable game it offers a lot, but not quite enough to stand on its own without the qualifier. The game simply doesn’t live up to its promise of delivering a high quality multiplayer shooter or its promise of realistic destructible environments.

Even those willing to look past a lot of flaws because it’s cheap and downloadable will probably find the game underwhelming. For all its hype and potential, Breach just doesn’t deliver a compelling experience which will haunt it’s servers down the line as an unimpressed community leaves for greener pastures.

For all its hype and potential, Breach just doesn’t deliver a compelling experience which will haunt it’s servers down the line as an unimpressed community leaves for greener pastures. 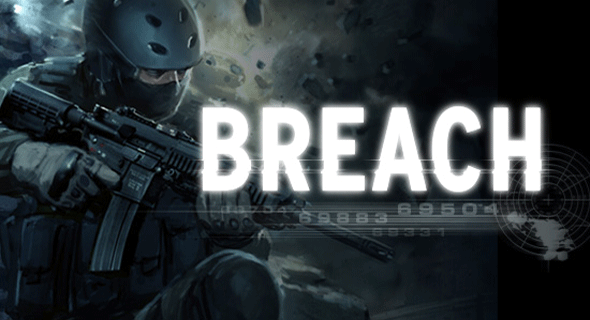