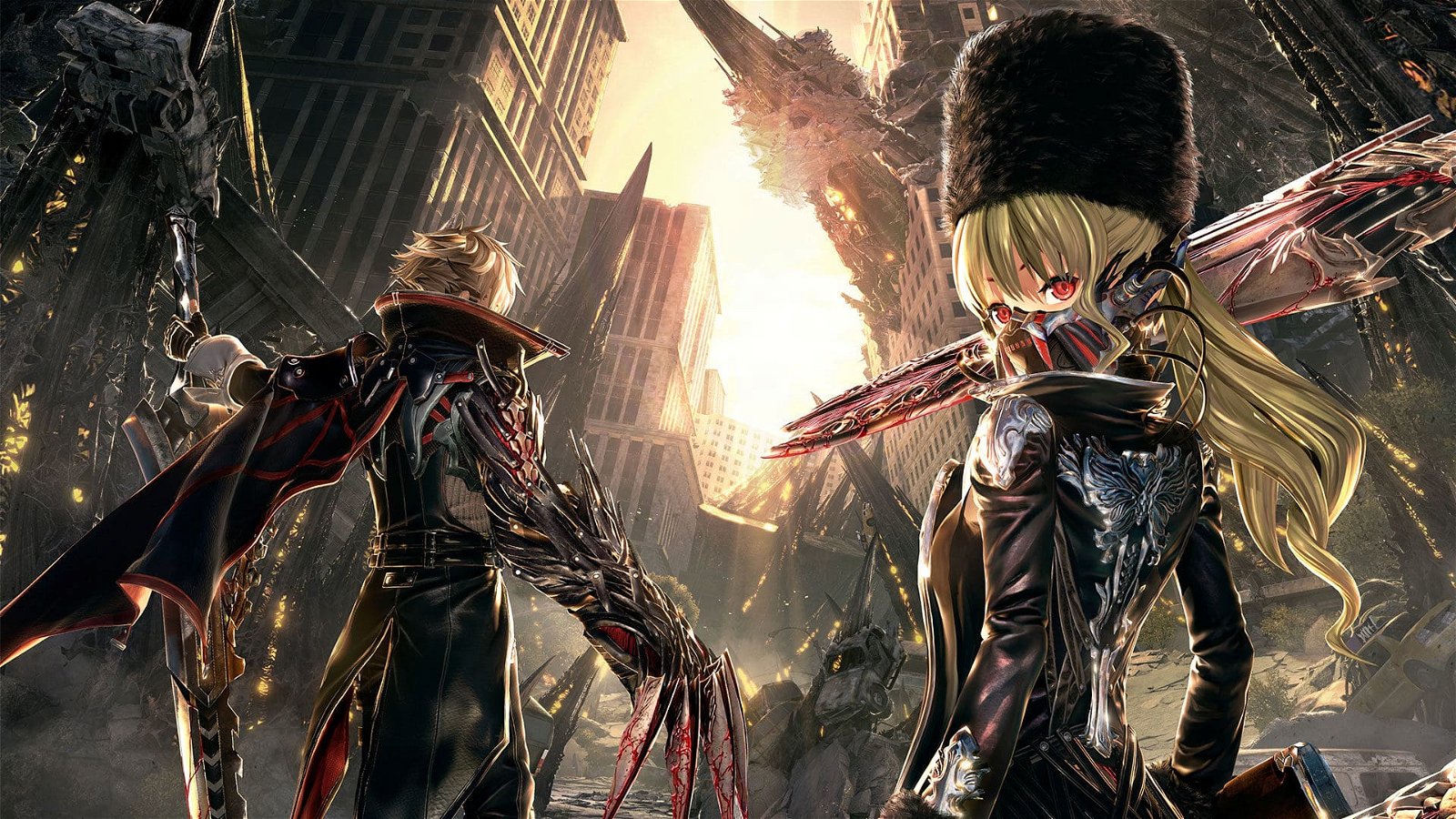 Code Vein is Bandai Namco’s hotly-anticipated action rpg all about anime, post-apocalypse, and revenants, which are basically vampires with the serial numbers scratched off.

The game has largely been touted as anime Dark Souls, and while that is certainly an appropriate description, it hardly captures the full picture. It does have similar mechanics and controls to everyone’s favourite dead FromSoftware horse to beat, that’s just the tip of the iceberg. Yes, defeating enemies generates a currency (Called haze here) that is dropped on the ground upon death and an equivalent to the ever important bonfire. Yes, there is online multiplayer that allows players access to another players game that wasn’t available at the time of this writing so I won’t be able to discuss it further. Code Vein has all of these similarities and inspirations, but it also pulls from some other notable games that are just as important, if not more so. In fact, rather than applying the overused souls-like moniker, I would much rather call this action Final Fantasy Tactics.

To cover my bases, I know that Tactics wasn’t the first, and certainly not the last game to implement these sorts of systems, but it’s my favourite so I’m running with it. In Code Vein you will acquire a plethora of different blood codes, which are classes that determine what abilities you have access to and dictate stat growth when you decide to spend your hard-won haze on levelling up. Mastery of these abilities makes them accessible in other classes as well, with some abilities only being available to specific classes. For instance, if I have been playing as the well rounded Prometheus class I may have unlocked the ability to set mine and my partner’s weapons on fire and could equip that even in the DPS focused Assassin code, but I could not equip the Prometheus’ ability that makes consecutive strikes hit for more damage as that ability cannot be mastered. Accessing these abilities is done by spending haze at mistle, this game’s bonfire equivalent. Once I decide the level up my character will grow in stats determined by the blood code I currently have equipped rather than allowing me to decide where to allocate points directly. It’s a neat idea and one that made me rethink how I played the game at points, but there’s really nothing stopping you from equipping a code just to gain bonuses in a specific attribute and then going back to your preferred code for gameplay.

Code Vein, like many other heavily anime-inspired games and stories, believes that through the power of friendship all things are possible. This ideology is even present in gameplay, and I always like to see a game that reinforces these sorts of things mechanically. Through your dangerous journeys you can usually have a partner present fighting alongside you. They are pretty capable fighters in their own regard and provide buffs and can even heal you if you should go down in a fight, giving some of their health to you, a favour which you can, and certainly should return. As you unlock new blood code abilities you see memories of the people who originally had those codes, some of which are allies or friends of your allies, making the act of improving your abilities narratively interesting and reinforcing that whole friendship-power thing. There are even some light trading elements to this line of thought. By giving your allies gifts that they like you’ll generate currency with that character that can be cashed in for gifts, and really giving me concerns about how the developers feel about the transactional nature of their friendships.

The story is the kind of over-the-top anime ridiculousness that you would expect. Following an apocalyptic war much of humanity has turned into revenants, undead beings whose memories are clouded and need human blood to keep themselves from going mad. The government has relegated them into a destroyed city where a dark miasma threatens to turn them into abominations and constant infighting could bring them to their end in an instant. Humans are largely protected by the government in safe houses where blood donation is compulsory, but the blood is too little to slake the thirst of the revenants within their urban prison and banditry runs rampant. Hope comes from the bloodsprings, trees that bear fruit that could feed the starving revenants but as the miasma spreads the bloodsprings go dormant. Dispel the miasma in search of forgotten springs and hopefully find a better life for all of your kind.

The graphics themselves are lovely, with a robust character creator that can be accessed again from within the game so that you can tweak your character to your heart’s content. The options do have a particular theme to them, and after a couple of maddening hours, I gave birth to an abomination that I was proud to call my goth son. The problem is that with all the bangs and boots and enough belts to make Nomura take pause, things have a nasty habit of clipping through each other. It’s not just my over-design monstrosity, but even the over-designed non-player monstrosities (NPMs) have hair clipping through their gas masks and armour sets. It’s constant enough to stick with you and immersion-breaking enough to be a problem.

The music suffers from a similar malady. It’s lovely and evocative, but without enough variety to really be impactful. When the game thinks you’re starting a big fight the same music swells and then abruptly peters out as you dispatch your enemies before it really gets going. The tracks they have are pretty good, just limited and utterly repetitive. The English dubbing was pretty well done and did not get as annoying as I thought it would be, as your partners have plenty to say. As a side note, there is a jukebox is your home base, don’t touch it. Just don’t. That is truly a path into darkness.

Code Vein certainly has its roots in the Dark Souls flavour of gameplay, but that is not the whole story. It wants more aggressive play than that would imply, but it certainly isn’t Bloodborne either. Code Vein is its own game and should be enjoyed for its own victories and failings. Also, its way easier than most games in that genre.

Code Vein is some fun anime nonsense is a slickly designed package with some minor failings. 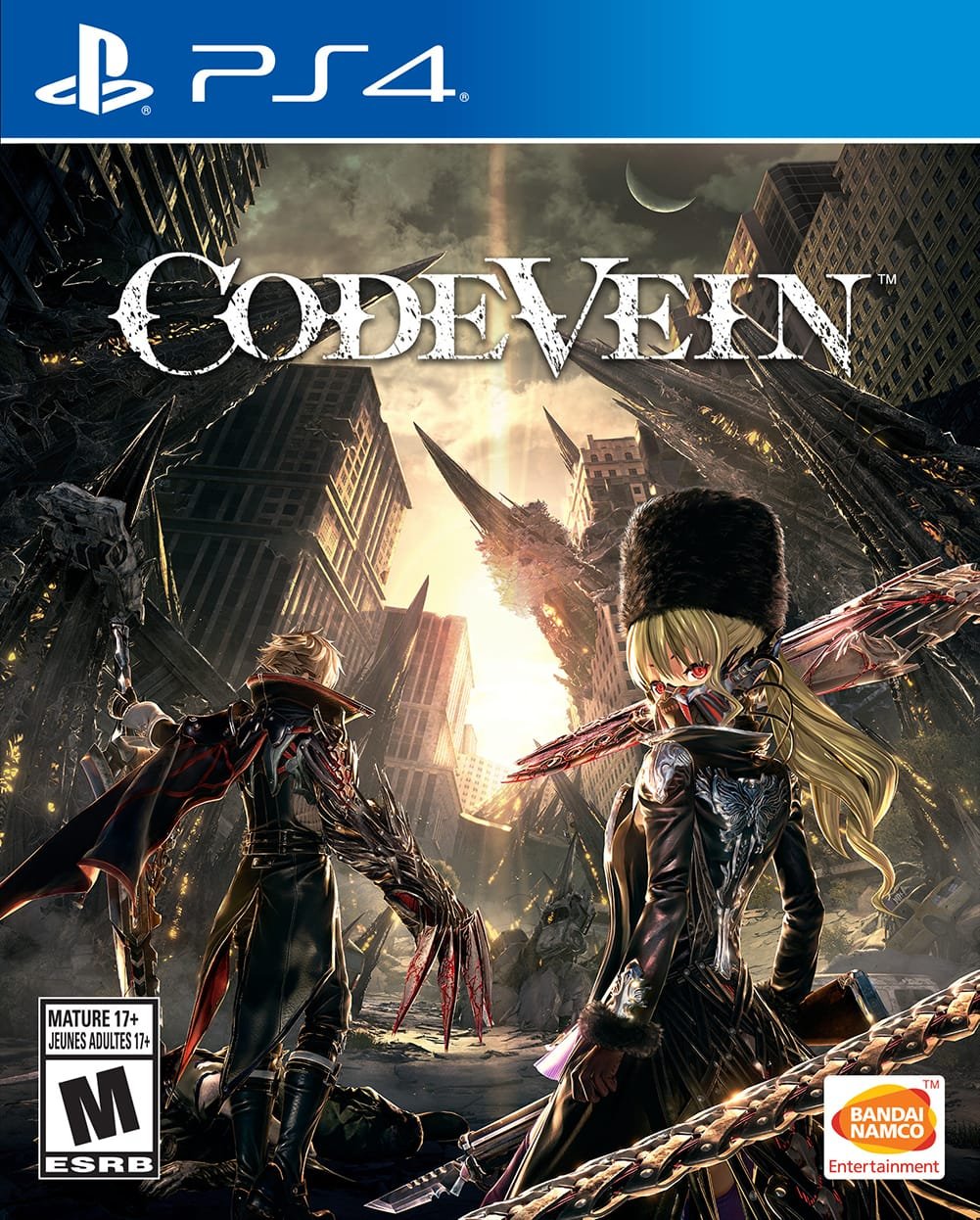