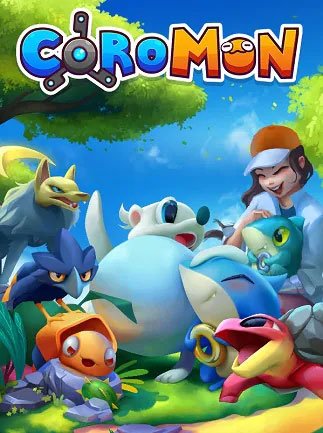 Indie Games have catapulted themselves on a rocket ship straight into the stratosphere over the past couple of years thanks to huge support from the gaming industry, and with this wave of incoming support and acceptance. It is safe to say smaller developers have churned out some absolute bangers when it comes to either new experiences — like Hades — or ones that tug on nostalgia heartstrings, like TRAGsoft’s entry into the monster-collecting RPG genre, Coromon.

Although it is impossible to ignore the mega-yacht sized elephant in the room — yes, this game indeed heavily borrows from the 3rd and 4th generation Pokémon games — there is still enough fun and difference with this title, that the next monster collecting RPG could be considered “wow, this game is like Coromon!” instead.

While Coromon is entirely inspired by previous games that certainly rhyme with its title, it is not just a Pokémon Emerald clone with extra steps. The player is injected straight into the role of “Battle Researcher” for a science-based company called Lux Solis, complete with a regional location, a small tutorial that doesn’t outstay its welcome, and a storyline that has nothing to do with gyms or battling Team Rocket/Magma/Plasma/Yell to save the world, you get the picture.

When starting out as a Coromon Battle Researcher, there is a great degree of customization with the main character: a name, hairstyle, the slightly small but recognizable clothing style, and even gender designation is given to the player before you set out on your journey through the lands of Velua. This is a concept only introduced to Pokémon titles with the X and Y series of games, that Coromon included, and I’m here for it.

Researchers are tasked with documenting Coromon while travelling, and what better way to do that than with side-quests that teach you the inner workings of the game. From like-minded individuals/trainers that aren’t treacherously long or tedious considering you’re always where you’re meant to be. The ‘trainer’ is outfitted with a Gauntlet, which allows them to carry exactly six caught Coromon and utilize modules that can further progress the story — such as a ‘Push module,’ that has a fun icon that looks just like the ‘Move’ icon from Golden Sun — which hearken back to HM’s from that other ‘mon’ series. But besides adventuring with Coromon the player is given another ‘chosen one’ type quest to bring the main course to the table.

The player must also collect Titan Essence, which is the main quest line, from six powerful Coromon to keep it out of an evil organization’s hands. The Titan essence can change the fabric of Velua, and of course, it’s your job to do this by adventuring around the world to collect them, in a very organic presentation. A godsend for this title, is fast travel is introduced relatively early, although it is done by way of teleporter, and it’s still jarring when the small Matrix-like disappearing trick occurs, instead of a flying big bird coming to swoop you off to the nearest Trainer Hub.

Velua is LOADED with personality; there are constant pop culture references shamelessly thrown into the title. I came across certainly not Weird Al’ Yankovic, with dialogue that comes from his parodies. ‘Dad jokes’ often occur as well, such as when interacting with a scarecrow you’re treated to an “outstanding” groan worthy line. These references (without spoiling too much) outline awareness of years of culture, and they’re inserted organically. Exploring gets the player these small ‘Aha!’ moments which rewards hitting every nook and cranny. I’ve gotten hit with the move ‘Pocket Sand’ so often, I’m sure King of the Hill’s Dale Gribble would be proud. TRAGsoft had fun inserting these into the game, and they’re well worth locating, a novel idea.

“Coromon, is a fantastic love letter to its inspiration.”

Battling is traditional turn-based gameplay, where stats determine who acts first, damage output and so on. There are seven Coromon typing’s that function with rock, paper, scissors weakness effects, as well as six ‘skill’ types that each Coromon has a strength and weakness to. This does add variety and strategy, but with only seven types it can get simplistic quickly.

Moves are named well, like ‘Cinder’ does fire damage, and ‘Splash’ does water, unlike the useless function it had in different games. There are difficulty options here as well. For those deeply entrenched into the hardcore Pokémon scene, the hard difficulty is basically a built-in Nuzlocke setting, and you can throw on a slider that lets you STEAL other trainers Coromon, with the catching mechanism called Spinners which are definitely not Poké Balls. The star of the show however can’t be overstated, the Coromon the player can collect, train, trade, and evolve are by far the best part of the title.

After selecting a starter from three impeccably designed creatures — a small water shark Nibblegar, a polar bear CubZero, and a fire tortoise Toruga — you’ll start to notice a trend after receiving manuals that function as reading help for when you forget a game function. Coromon embraced the idea behind Shiny variant styles and made them a main function of the title. Potency is what the colour of a Coromon signifies, a ‘Potent’ monster will be more vibrantly styled, and a ‘Perfect’ one will really stick out. The different colourways give the potency of a mon’ to the player upon encounter and finding a more potent one will reward the trainer with a more powerful beast complete with a new colourway.

Coromon are small and unimposing when introduced in their first forms, but then they become fearsome creatures that have stunning animation, in gorgeous pixel styled artwork. Coromon evolve into superior forms when they gain enough levels, and they learn new techniques which can be adjusted from their menu, a solid quality improvement, allowing the player to customize nicknames and moves on the fly is a generous option and helps not break the pace of the game. The subtle animations show how much care was put into the sound pixel-based artwork of the title, so much so that even the Coromon move organically during battle.

There are flaws with some core parts of the title. I’m always broke in Coromon. This is due to the tedium of running back to a Trainer Hub to heal being a drag to destroy the game’s momentum. Using healing items helps but depletes the player’s funds quickly. The music is fantastic as it works with player emotion, but the evolution screen had a complete lack of sound.

The title does enough to be different, but the storyline ultimately falls a little flat after the exciting introduction and feels more like an excuse to continue travelling rather than compelling. Difficulty spikes when battling the Titans are massive and throw the player off a cliff, they can crush party members with a single skill hit. Lastly, there is a noticeable lack of an end-game, if the player isn’t interested in hunting ‘Perfect’ Coromon, or competitive battling.

Coromon, is a fantastic love letter to its inspiration. Gamers who want to have a chill experience will find a nice retro-styled monster capture title here. Players may find this title lacks originality, but with great visual design, nods to pop culture that slaps the player with nostalgia, original monster designs that are STELLAR, the port to Switch feeling like it was born to be made for the console, and overall great mechanics make the trip through Velua a memorable one, but not one that can be played for long after the credits roll.

Coromon is a must play for Pokémon fans, and although it has flaws, fans who normally steer clear of like minded games might find reprieve here, especially for its good price and portability due to the Switch port.
REVIEW SCORE
8
File Under: Indie, Nintendo Switch, Pokemon