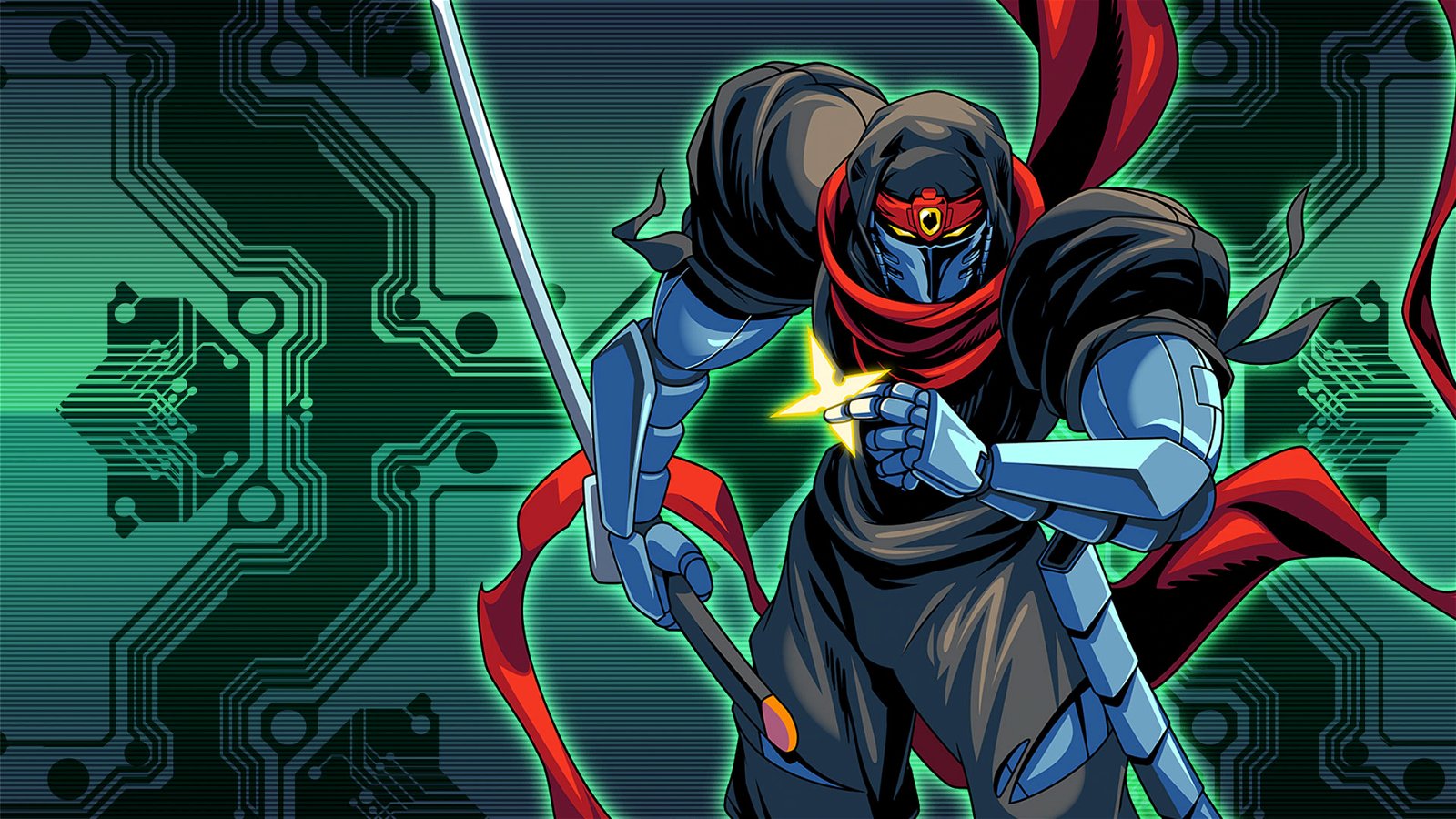 As CGM’s resident Ninja, I pride myself in having a highly refined palette for Ninja related games. Luckily for me—as is the case with most Ninja related games—I have yet to find a bad one. As I thought about the many Ninja games that I have played over the past few years, I noticed that the “AAA” industry has all but abandoned the coolest stealth assassins to ever grace this planet—Sekiro: Shadows Die Twice being the last noteworthy entry.

Thankfully, the Indie scene has been keeping the ancient art of Ninjistu fun and interesting for years with noteworthy games like Mark of the Ninja, Aragami, The Messenger, and GhostRunner to name a few. However, the newest entry into the Ninja pantheon Cyber Shadow has me at a bit of a crossroads; while it’s a fundamentally solid game, the more I played it, the more frustrating it became.

When I saw the first announcement trailer for Cyber Shadow back in March of 2019, I was pumped. Here was a fast-paced, old-school Ninja game with the legendary creators of Shovel Knight’s name behind it? I was sold. However, it is worth noting that Yacht Club only published the game while Mechanical Head Studios developed, and it’s easy to see why Yacht Club put their money behind this.

Much like Shovel Knight; Cyber Shadow blends the gameplay sensibilities from several of the NES-era games that inspired Shovel Knight—it’s a little Ninja Gaiden mixed with Castlevania, with a sprinkle of Mega Man. However, unlike Shovel Knight which used it’s NES inspiration as a foundation to build something truly inspired, Cyber Shadow doesn’t quite hit the same mark—pulling more of what made those aforementioned games frustratingly difficult.

However, before this review starts sounding more negative than it is, I want to take a moment to focus on Cyber Shadow’s positives; starting with the story. Players take on the role of the titular Shadow—a Ninja who, along with his clan, is tasked with preserving the balance between the spirit world and the living. After a cataclysmic explosion that levels his home of Mekacity, he reawakens as a Cyborg and quickly learns that sinister forces have captured his clan and Master; syphoning their essence to power their machines. From there he sets out to free his fellow Ninja and save his Master.

It’s an excellent story that wears it’s Ninja Gaiden influence on it’s sleeve; blending elements of Neo-Noir, Anime, and Cyberpunk to create a lot of drama and intrigue. The game compels you to move forward, teasing you with brief flashes of Shadow’s pre-cyborg life, particularly his relationship with the Master.

Adding to the story is the game’s visual design. Cyber Shadow does a lot with it’s minimalist, 8-bit aesthetic, creating interesting levels that may remind some players of the NES Batman. From garbage disposal facilities, to grimy sewers, to the desolate ruins of Mekacity, the game has a wide variety of levels, and the amount of detail both in the foreground and the background create a world that feels so visually distinct.

On top of the excellent visual design is an absolutely BANGIN’ soundtrack. Every track gets your heart racing and so perfectly fits the mood of the game, creating tracks that are as fast as Ninjas, but somehow somber yet triumphant. The soundtrack was done by Enrique Martin, produced by Jake Kaufman—Kaufman having also done the Shovel Knight soundtrack, which, in my opinion, is one of the all time greatest game soundtracks so you know it’s going to be epic.

However, now I have to get into my main complaint with the game: the gameplay. Cyber Shadow can be extremely frustrating to play, mainly because the control feels so archaic in its design.  I had a bad feeling from the beginning when I discovered there was no crouch feature—a staple in most 2D action games—but it only got more frustrating from there. The biggest problem with Cyber Shadow’s control is a serious lack of mobility, particularly in the beginning of the game.

The initial release trailer really hyped me up, because it makes the game look so fast-paced and intense. However, upon starting the game, you’re only given a standing slash and a jump, and those don’t really go far in a game like this—hell, even the original Ninja Gaiden gave you a wall jump at the start. What adds to this problem is the multitude of enemies—like Ninja Gaiden however, seemingly placed at random throughout each level; insta-kill pitfalls, and environmental hazards that make moving through a level a constant gauntlet, and the lack of mobility options make this less than fun to play through. Compounding these problems is the Castlevania-style knockback that can turn unlucky hits into instant death if you’re near any pitfall.

One level in particular had a particularly small platform, in between two instant death pits, with an enemy placed on it; while another enemy hovered in the air, and required multiple hits. Upon trying to jump to this platform, an orbital laser that had been assaulting me the entire second half of the level, would become active. So not only did I have to avoid a massive pillar or death, I had to try to jump to a small platform, while not getting hit by two things that could send me to my death. With no way to dash, or attack in any way that could keep me mobile.

It isn’t until fairly late in the game that you get abilities like a down-thrust, a wall-jump or a dashing slash, but  even this feels somewhat disparate, as most abilities are only granted after boss fights—another idea borrowed from Mega Man—and the rate at which you get useful abilities feels few and far between. Furthermore, Cyber Shadow wants you to replay levels, featuring a level select and paths that are sealed off by blocks that can only be destroyed by certain abilities—again, Mega Man—but even this doesn’t totally feel like it fits the style of the game which is leaning more into the level-by-level design of Ninja Gaiden.

Despite my frustrations with Cyber Shadow, I do think it is a mostly fun game, and I genuinely love a lot of the things it’s trying to do. Personally, I just wish it felt more like an elevation of the games that inspired it, rather than an homage. However, if you’re a fan of tough-as-nails old-school NES games, then you’re definitely going to find something to enjoy here.

While Cyber Shadow Is Fundamentally a Solid Game, it Does Go to Show That Some Robot Ninjas Aren’t Built as Well as Others. 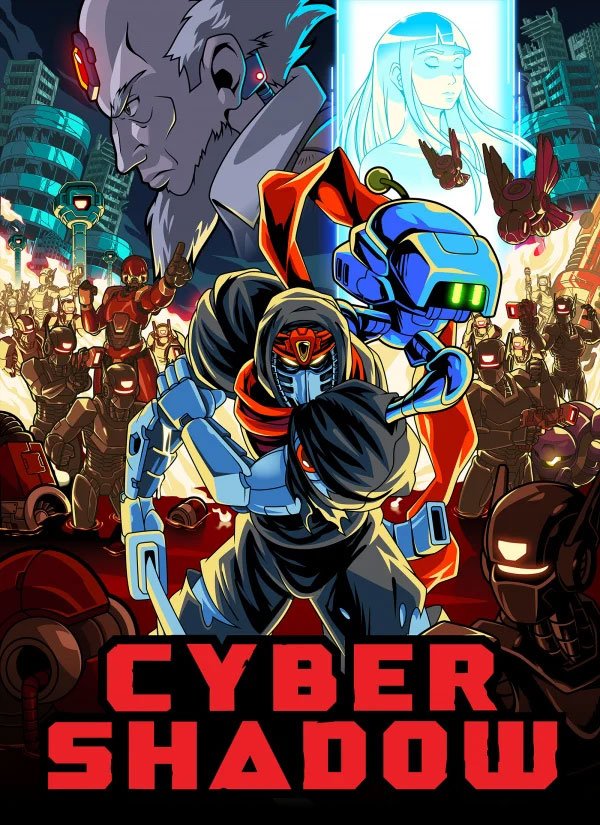