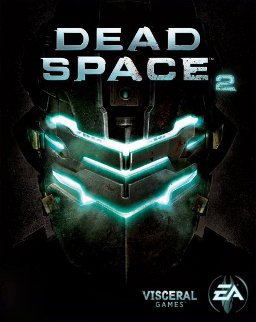 Dead Space 2 is one of those rare games that takes all the good aspects of the first title and makes them better.  So much better, in fact, it is almost hard to recommend the first game in comparison.

Three years after the original Dead Space, Isaac Clarke is now within a space station and still struggling to cope. His mind has shattered; he is wracked with guilt and cannot come to terms with his choices or what has happened. To make matters worse, the space station he now finds himself in is suffering from the same problems on the spacecraft Ishimura: corpses are being brought back to life in horrifying ways.

As Clarke, the player finds the darkest horrors from his imagination sneaking around every corner in the space station.  It can be a frightening experience – yet also rewarding. He is thrown directly into Clarke’s position: fighting off the necromorphs, conserving ammo and trying to stay alive. But going into all the set-piece details would be a disservice as it is the experience that makes it all worth playing. I will say that Dead Space 2 has some of the most disturbing images seen within a story game this year.

Right from the get-go, the player is forced to run for his life as the people around are slowly transformed into monsters. With no gun or weapon, he must escape and discover the cause of this recurrent horror. And it only gets more disturbing from there. As playtime progresses the truth about Issac Clarke’s mental condition is revealed… as is the true source of recurring nightmares from the last three years.

This brings us to the main new aspect within Dead Space 2 which is the Isaac Clarke’s state of mind.  The events of the first game left him a shell of a man. Here his demons take a more visual form. There are moments when the world around him will change, turning even more nightmarish, and manifesting his past mistakes. The blurring division between what is real and imagined not only heightens the difficulty but makes the experience genuinely terrifying.

The tension in this game is built masterfully. Not only are the graphics a step up from the first Dead Space, but the sound and visual design is a notch higher as well. The creativity on display is refreshing. No longer is Isaac relegated to dark hall after dark hall.  Instead, he is on a massive space station with a wide range of areas to explore and even more ghoulish creatures to fear. The sound design is really where the game shows the most polish.

With a proper 5.1 audio setup, or a good set of surround-sound headphones, the player will experience the game the way it was meant to be played.  Ambient noises trail behind in every corridor. The screams of the station’s populace or a monstrosity creeping in the dark are present in the detailed sound manipulation Visceral has mastered. Playing at night I was constantly checking behind me to see what might be lurking in my own living room.

The game keeps the player moving, though the game takes roughly 12-13 hours to play. Even when Isaac is presented with challenges or puzzles they do not feel out of place. The narrative is gripping and the character development is refreshing for a mute protagonist in the first installment.

Once the player has finished the game for the first time he is presented with  the option of playing in the New Game + mode or the Hard-Core mode. Hard-Core mode is for the true horror game fan. There are no checkpoints and you are only allowed 3 save games total. New Game + really lets you explore the game more fully with a much more prepared Isaac Clarke. It allows you to see all there is and play it more like an action game.

However, the one addition that feels lacking is the new Multiplayer Modes. These modes, although novel, loose their luster after only a few hours of play. With today’s competitive multiplayer market it is hard to imagine this title tearing people away from Gears of War 2, Uncharted 2, or – the undisputed king –  Call of Duty. There just is not enough substance.

Players are broken into two teams: humans, and necromorphs. As a human, the player must complete objectives and hold that objective for a select amount of time. As a necromorph, the purpose is to kill humans at all cost. The two sides did not feel balanced, and if you get stuck playing as a necromorph, be prepared to die.  A lot. Overall, this mode does not fit with why what most fans would come to Dead Space, and it feels shallow in comparison to the single player experience.

Dead Space 2 improves on the formula in every possible way. The story is deep and interesting and will keep you guessing about what’s next. The graphics and gameplay are much improved, and the violence capacity has been cranked to full. If you are on the PS3 you will also get bonus content of Dead Space Extraction for the same price as the Xbox 360 version. There is no reason not to recommend this title. Besides the lacklustre multiplayer this game is a must-buy for mature players. There are few titles that merge horror and action as well as Dead Space 2. No matter what system you buy Dead Space 2 for, I urge you to play it.

No matter what system you buy Dead Space 2 for, I urge you to play it.
REVIEW SCORE
9
File Under: Action, First Person, Horror, PlayStation, Shooter