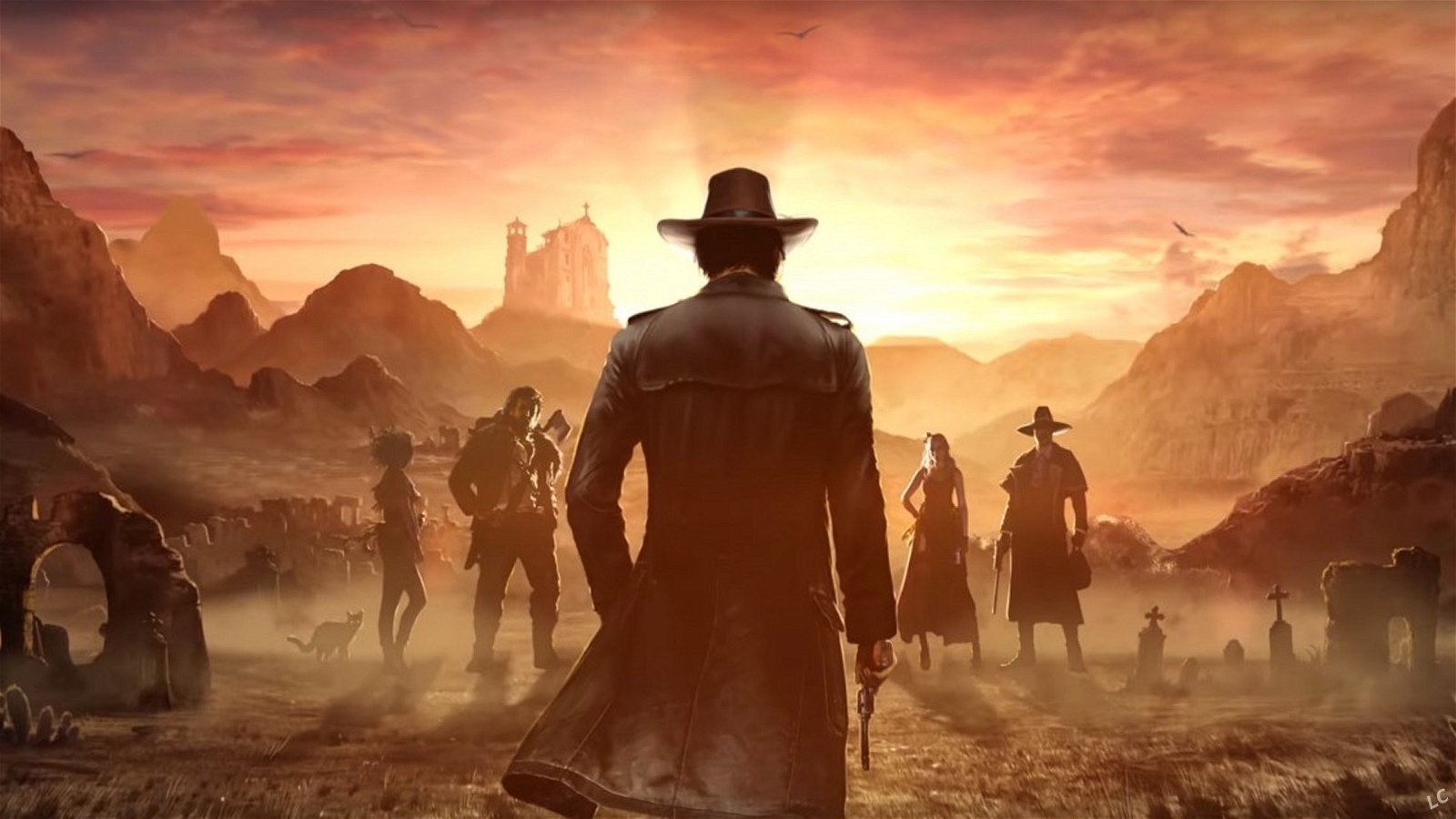 I love tactics games. I love stealth games. Deadwood is my favourite television drama of all time. If you take these three of my favourite things and roll them up into a complete video game package, you get Desperadoes III, from Mimimi Games, and if you’re anything like me, you’re going to love it.

I’ll admit right now that I hadn’t played any of the previous games in the series, and thus had no attachment to any of the characters that are not available in this prequel. The characters that are in the game, however, fit nicely into classic Western stereotypes while offering individual and complementary skills that mesh nicely together both from a story and narrative perspective and mechanically.

You’ve got the star protagonist, John Cooper, your classic gruff but noble cowboy stereotype who comes equipped with dual-pistols, a knife for stabbin’ and throwin’ (arguably the most useful attack in the game), and a coin for distractin’ bad guys. Next up is Doc McCoy, the outlaw-for-hire with a trapped bag that can lure and stun enemies, medicine for patchin’ up wounded comrades, and a sniper pistol. A wonderful and incredibly useful little touch regarding the latter is that no matter how much ammunition you blow through during the course of a mission, there will always be one “magic” bullet left for quest-related purposes. Other companions include Hector, the fur-trapping giant of a man with an anthropomorphized bear trap the size of a small jacuzzi that slices enemies and half, and enough strength to outright kill some of the stronger enemies all by himself.

It’s not just a Boy’s Club here either. Eventually, you’ll meet Kate O’Hara, who while not the strongest or deadliest in combat, has some incredibly useful skills that allow her to walk around in disguise without causing alarm and flirt with enemies to lure and distract them. Having at least one character that can cruise the levels un-accosted makes Kate absolutely crucial in most missions where she is available. I cleared out entire groups of enemies one by one by flirting with and luring them into quiet areas where another member of the team would quickly and quietly (and brutally) dispatch them. “Follow me and get some action big fella…just kidding, here’s an axe to the back of the head.”— good times. Finally, and you won’t get her until the 8th mission, you have the Voodoo shaman Isabelle Moreau, who comes equipped with mind control abilities and a lovely furry familiar in the form of a cat named Stella.

The key to success in Desperadoes is using these characters together, and the endless combinations of abilities and methods make solving each encounter both challenging and extremely satisfying. While the game is played in real-time, rather than turn-based like so many other tactics titles, Being able to pause the game by hitting the Shift key and queue up various attacks and abilities for each character allows for more planning and execution than trying to quickly make everything happen at once. This pause-and-play mechanic is especially useful given that certain abilities have a cooldown, where precise timing is crucial for a Rube Goldberg-style series of events to distract, kill, incapacitate, hide a body, and move to a new location all must happen in exactly the right order. I’ll say it again, planning and executing a strategy that works out is extremely satisfying—even if you need to re-load your save 15 times before you pull it off.

The missions vary in scope and complexity and contain multiple different options for dispatching enemies (or not), like tipping giant rocks onto them, throwing coins at cattle and watching them charge into the dumb enemy you lured there with McCoy’s magic bag, blowing up mines, cutting ropes attached to heavy and dangerous objects etc. For someone like myself who enjoys the planning and problem-solving aspects of assassination and stealth games, Desperadoes III does a great job of offering multiple different paths to success which in turn leads to fantastic replay value, something else I appreciate in a title. Various difficulties along with bonus “medals” (think achievements) for completing a mission in different ways (no saving, under a certain time, no bullets fired, using the right environmental traps and so on) make replaying even the same mission multiple times fun and engaging. It’s definitely a game where you hit the 8th or 9th level and think “holy crap, I could have been doing it this way the whole time?” and replaying the first level until you’ve perfected it. Plenty of games fall into the trap of “play the mission and beat it, move on to the next one until you finish the game,” and Desperadoes III has a very Hitman/Goldeneye feel to it where you have so many options and variables it’s like a giant sandbox—that actually has content, rather than your typical “open world sandbox” games that are basically empty arenas filled with repetitive fetch/kill quests.

As for the graphics and sound, the game is played from an isometric perspective that can be zoomed and rotated, which is super helpful when you’re stuck on a task and can’t seem to find an answer. It’s not the most mindblowing graphical beast in the industry, but it’s got a simple and effective art style and all the details are clear and pronounced. The voice acting is tremendous, if a bit on the nose for a Western-themed piece of media, and the music is similar in that respect. It’s exactly what you’d expect from this genre and nothing more, but it’s still “good”.

All in all, there’s very little to criticize in Desperadoes III. It looks good, it plays well, it’s got a fun and engaging if genre-typical story, the characters are likable and the voice acting is great. But for someone like myself, all this is merely icing on the cake, and if the gameplay isn’t tight or rewarding, then those details are merely superfluous and don’t matter. Thankfully, it’s also an addictive, mechanically sound tactics game with fantastically open missions and a gameplay loop that allows for experimentation that feels rewarding. And honestly, the highest recommendation I can give is that I simply cannot stop playing the game. That’s really all that matters. 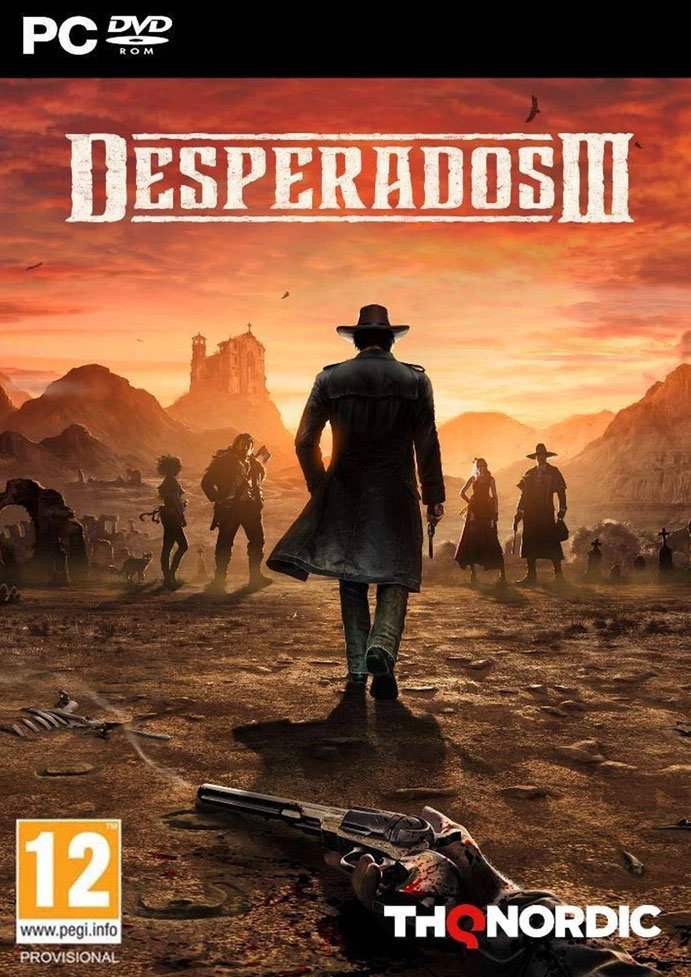