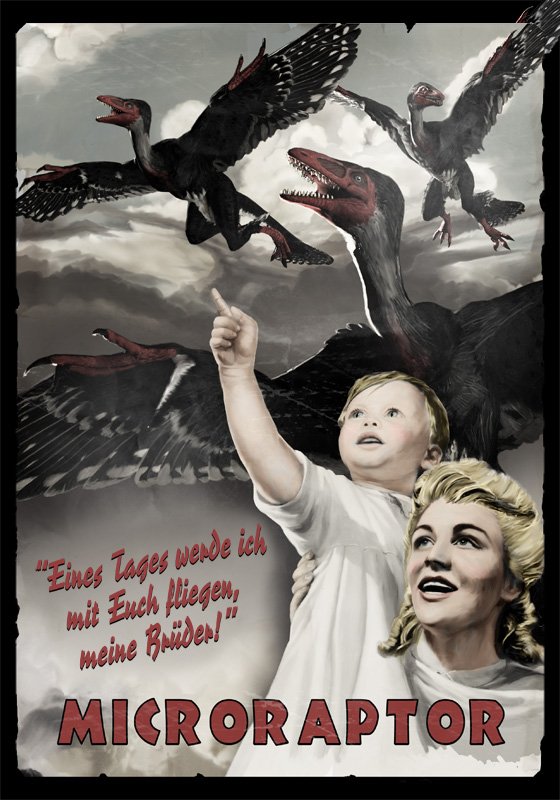 Setting a game during World War II has been a cliché for many years now. The setting has been done time and time again and usually very little changes, but lately things are feeling different. Over the past little while I’ve noticed a lot of game designers and film directors setting their story during the time of Axis v. Allies, but they tend to give their own versions of history rather than sticking to historic accounts. All you need to do is play Wolfenstein by Raven Software or watch Quentin Tarentino’s Inglorious Basterds to see how the war could have ended. But rather than showing you how the war could have ended, the folks at 800 North and Digital Ranch have decided to turn the entire conflict around by giving the Axis one hell of an advantage. An advantage that will eat your face, let out a mighty roar, and then suddenly wonder why they exist after 65 million years of extinction. If you fight for the Axis you will be fighting as and alongside dinosaurs.

Der Führer has gone all Jurassic Park and the Allies are the only ones who can stop the army of thundering beasts. Led by Army Cpt./ Paleontologist Jack Hardgrave, the Allies have many tools at their disposal in this class-based shooter–tools such as “Freedom Fists”, perfect for punching dinos in the face, and dead jack rabbits to keep those pesky Velociraptors busy. The Axis, on the other hand, who only have three human classes make up for their lack of diversity with dinosaurs. On the Axis team, players can go the traditional route and select one of the three soldiers who boil down to, essentially, a soldier, a sniper, and a medic, but if flinging goats or eating faces is more your style you can select one of the three dinosaurs available. There’s the quick and agile Velociraptor, the walking tank known as the Desmatosuchus, and finally the charging, goat- and Allies-tossing, headbutting Dilophosaurus.

When I first started playing Dino D-Day I could tell that this was a new game but there was something  very familiar about it. This familiar feeling is most likely due to the game being powered by Valve Software’s Source game engine. This is the very same engine that powers multiplayer smash hits like Team Fortress 2 or Counter Strike: Source, but Dino D-Day’s most accurate comparison would be to Day of Defeat: Source (DoD:S), another Source-powered shooter. Not only do DoD:S and Dino D-Day share an engine and setting, but they also have a very similar pedigree. Both games started as mods, which are typically fan made alterations or “mods” to existing game code. Dino D-Day, like DoD:S, cut its teeth in the mod community before becoming a retail release.

Even though Dino D-Day has an interesting setting, great presentation, and unique mechanics, the game still seems to be in the very early stages of its existence. However, the potential is there. In fact, when it comes to potential, this game has it in spades. The initial release of Dino D-Day is worth playing but it won’t take you long to experience everything what this game has to offer—which is why my biggest complaint is that there is almost nobody playing this game online. This could be fixed by a sizable content update (which is rumored to be in development) and a free play weekend (complete speculation). In spite of the small player base, Dino D-Day is incredibly fun and satisfying to play. I dare you to pick up an Allied soldier in your mighty Dilophosaur jaws and throw him at a teammate without laughing. Also, I’m sure that once you’ve punched a Velociraptor in the face you won’t want to do anything else. I urge all PC enthusiasts to give Dino D-Day a first look

Even though Dino D-Day has an interesting setting, great presentation, and unique mechanics, the game still seems to be in the very early stages of its existence.
REVIEW SCORE
8
File Under: Horror, PC, Shooter