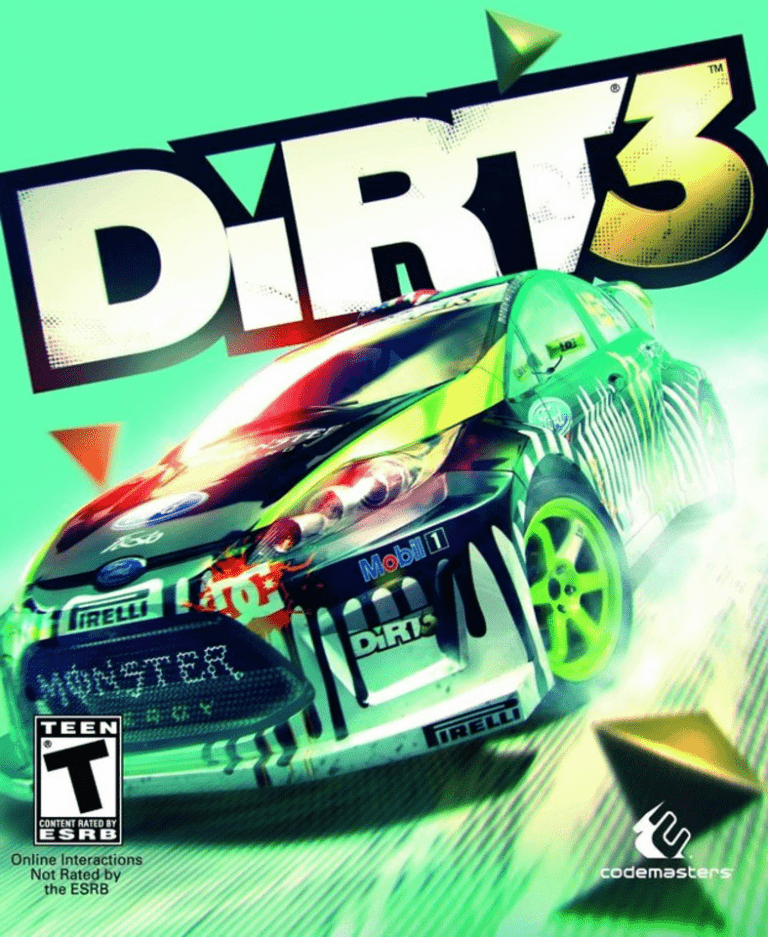 I’ve always wanted to learn how to drive, and it’s one of my greatest personal failures not yet having my driver’s license. It’s come back to haunt me on several occasions and my predilection for racing games is not without a sense of irony. DiRT 3, from Codemasters, is a stylish, varied and detailed rally car racer. The game gives you a sense of speed, a sense of control and a sense of awe if you can master its controls. The first two games in the series were well received and the latest iteration in the series has had the same reception. The only difference is now when I look at my driver’s manual I get jitters, flashbacks and a serious urge to throw video game controllers at windows.

Don’t get me wrong, I absolutely love the game. In every respect from the detailed environments to the multiplayer aspects, DiRT 3 has been a great experience. It’s just that the game has brought me to an impasse. Am I doomed to be a really horrible driver? Or, do I just really suck at racing games? When I first hopped into my Osiris-brand rally car I expected to be drifting around corners and beating track times in, well, no time. There are a number of adjustments you can make before racing including changing the suspension of your car, its brake orientation and just how much the game helps you during the races. It makes it easy for casual gamers to drop in and play, but on the intermediate setting, which I was on, it was hard getting used to the controls.

The challenge was set and I was rearing to get better. In time, I managed to place higher and higher with my times, and I spent about an hour tackling some of the more arcade races in the game. I was having fun. I learnt how to change my rally car’s suspension to fit the different tracks and how to change the height to suit different terrains. No matter what I did, I would regularly go into a turn and then smash head-on into a barrier or a tree. I turned down the difficult and put on the auto-assists. In a few moments, I went from being the worst rally car racer imaginable to keeping pace with Ken Block and all of the other racers. There are times when it feels like DiRT 3 is really throwing the player a bone when it comes to the difficulty level. If you want the real experience, you have to play the game on the “advance mode” meant only for the pros and people who really love rally car racing.

In my first hours of playing, I saw the new rewind feature the game offered and refused to use it. Why would you want to use a potentially game breaking feature like that – even if you’re only given 5 chances to use it per race. To say the least, after I started using the rewind function I was placing higher than before, and even on the most realistic setting I managed to quell the game’s difficulty and get into the experience.

The Gymkhana mode has players manoeuvring around obstacles to gain points and multipliers. Ken Block, a professional rally racer with the Monster World Rally Team, is one of the most well known Gymkhana drivers, yet the sport hails originally from Japan. It looks so easy in his Youtube videos, the way he glides through obstacles and easily donuts his way through the course. The mode is one of the harder to learn in DiRT 3. Moving around obstacles is easy, memorizing and getting the most out of the tracks is a bit more difficult. Like in Block’s videos, Gymkhana looks hard and it is hard. It takes time to get the different manoeuvres right. Still, DiRT 3’s tight controls make it possible to master this new motorsport, though don’t expect to be at Block’s level until you’re practiced.

There are a few addictive online modes including capture the flag and an invasion mode, which has players racing to destroy foam-board cut-outs of aliens. Online and splitscreen support allow players to drop in and drop out of the game easily. And a number of varied racing modes keep the game fresh for you and for the bevy of racers you’ll encounter. In addition to this, DiRT has a function that allows users to post up replays online through their own Youtube accounts. The clips are limited to 30 seconds of game time and it takes a while to upload the video. It adds another online aspect to DiRT, although it could use some streamlining and some extra options like one to improve video output.

Ostentatious is the word that can be best used to describe DiRT 3’s presentation. A few critics here or there have mentioned the game’s predilection towards Tri-Force like triangles, but the showy presentation can’t really be looked at negatively. It all really depends if you like House music and rally cars. Overall, DiRT is a nice looking game with detailed, albeit small racing tracks and a pretty detailed damage model for each car. The menus can be a little bit much at times, but it isn’t something that you’re too involved in or bothered by when you’re actually in the game. DiRT leaves the House music and the flashy animations to the menu screens, and that’s a godsend.

DiRT 3 is a great rally car racer that lives up to the reputation of its forbears. Tight controls, nice detailed environments and cars, a variety of events and motor sport types keeps this experience from getting boring. If you’re into rally cars, House music and triangles, DiRT 3 is the game for you. If you’re into more casual, arcade-style driving games like Burnout or Need For Speed look elsewhere. I won’t be picking up my driver’s manual until I can finish a few more races and get my drift down.

In every respect from the detailed environments to the multiplayer aspects, DiRT 3 has been a great experience. It’s just that the game has brought me to an impasse.
REVIEW SCORE
8
File Under: Microsoft, Sports, Xbox