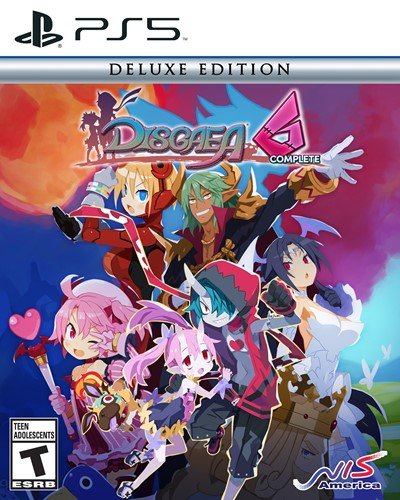 In Disgaea 6: Defiance of Destiny—which now arrives on PlayStation and PC after a year of Switch exclusivity—you throw your lot in with Zed, a lowly zombie who claims to have defeated the God of Destruction. Through the power of “Super Reincarnation” Zed has truly become a force of nature, growing stronger each time he’s destroyed and brought back. The process also transports Zed and his loyal aid Cerberus to a new world where he’ll obtain the next asset he needs for his quest, and so you’ll assemble a motley crew of allies.

The story missions themselves are fairly routine overall: visual novel-style cutscene, battle, return to base to modify characters, repeat. A heavy shōnen anime vibe permeates Disgaea 6, thanks to Zed’s disregard for strategy and preoccupation with purely getting stronger — which, shocker, is driven by secret motivations he’s too tough to admit at first.

Of course, this is Disgaea, so it’s all handled with a light-hearted and semi-parodical touch. For something that’s so grounded in anime or RPG conventions, the script struck me as less cliché than most competition. It’s still reliant on its own jokes and tropes, but also tries to subvert genre conventions à la One Punch Man or Kill La Kill. (But of course, most female characters have literal balloons for bosoms, and there are even perks that activate based on bust size, because reasons.)

Story is the least of Disgaea 6’s motivations, however. Its true focus is its unique battle and character development systems. The franchise that dared to ask “hey, what if damage wasn’t capped at 9999 HP like every other JRPG” has broken the limits once again, and you’ve never seen this many digits on the screen of any other game. At a time when the reigning MMORPG had just compressed all of its stats to 1/5 of their previous values, Nippon Ichi Software literally blew the roof off instead.

“On top of this mechanical overload, Disgaea 6 actively encourages you to idle grind.”

Sure, a max level of 99, 999, 999 sounds fun on paper. In practice, though, it’s somewhat mind-numbing. Numbers started to lose their meaning early on. There are so many systems for improving your camp of characters and the items they use — from the Item World’s gauntlets of randomized dungeons where you improve individual pieces of equipment, to Super Reincarnation’s in-game effect of resetting characters at any time to improve their overall statistics, to other methods of manually converting resources into stats—that it all blurred together.

On top of this mechanical overload, Disgaea 6 actively encourages you to idle grind. There’s a stage early on where your opponent will automatically revive a few times before you’re victorious. Zed literally jokes about grinding him for EXP in a cutscene, then the game itself breaks the fourth wall to say “hey, here’s all the tools you need to leave the application running while your party hammers this dude into oblivion for eternity!”

While the numbers have been uncapped, the UI remains a little clunky and further muddies the mechanical waters. For a series that relies so heavily on collecting and improving gear, an Optimize option would have been a godsend for party management, especially after changing characters’ classes. As is, you’ll have to wade through catalogues of your inventory to manually equip everyone.

Beneath it all, Disgaea 6 is a fairly rote strategy RPG and entry for this series. Grinding and Super Reincarnation can make the story missions themselves somewhat inconsequential by-and-large, even if you don’t fully know what you’re doing. The real meat of the experience is tangling with the optional and postgame content, culminating in hellish gauntlets of exponentially stronger foes. Much like a Call of Duty player blasting through the campaign mode before devoting 200 hours to multiplayer, the proper story is a sideshow to the epilogue sandbox.

Here’s where the lines get drawn. If you’re already a fan of Disgaea, dive headfirst into this; it should scratch all your itches, if you didn’t already pick it up on Switch. If you’ve never played Disgaea before, however, you may want to dip a toe into a previous entry first. It’s not that you’ll be bombarded with allusions and callbacks — although the DLC characters, if you partake in them, are mostly returning protagonists—but being acclimatized to the mechanics makes Disgaea 6 much more approachable.

If you can tread its waters, Disgaea 6: Defiance of Destiny can easily devour hundreds of hours of your time, and is a great fit for the Steam Deck or PlayStation’s Remote Play (as it was for the Switch).

Disgaea 6: Defiance of Destiny is simultaneously cliche and transgressive, offering refreshing takes on genre conventions while still reliant on them. Its expanded gameplay systems can be mind-numbing to newcomers, but longtime franchise fans will find an unrivaled buffet of content to grind through.
REVIEW SCORE
7
Buy On Amazon
File Under: Disgaea, Nippon Ichi