Time Patrollers on the Go 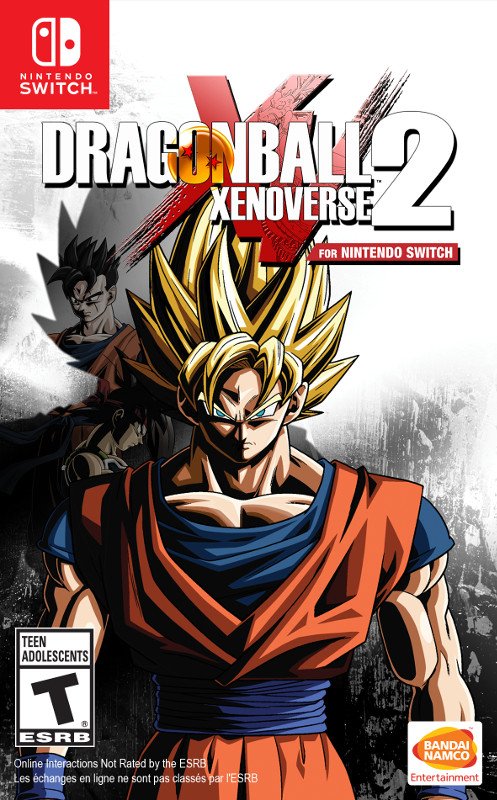 As a huge fan of Dragon Ball, I was glad to hear that Switch owners would be able to play Dragon Ball Xenoverse 2. I put a lot of time into the PlayStation 4 version of the game and was interested in seeing just how well this new release would hold up. The results can be a bit underwhelming at times, but this version is generally close to the experience that came with game’s original release.

While the story of the Switch version of Xenoverse 2 is the same, there is some additional free DLC exclusively made for it. Once the story mode of Xenoverse 2 is completed, players can gain access to a batch of new story quests, taken from the original Xenoverse. For those less interested in the story of Xenoverse, additional free DLC can be used to immediately unlock every character unlocked through the game’s story mode. Unfortunately, none of the Dragon Ball Super expansions are included in the base version of the game, meaning they must be purchased from the Nintendo E-Shop.

If you stand the Switch version of Xenoverse 2 next to any of its previous iterations, it’s obvious that it won’t hold up quite as well. The Switch version runs 1600 x 900 when docked and at 720p in handheld mode Instead of running at full 1080p like its counterparts. The lowered resolution doesn’t have much impact on the game though, sometimes being unnoticeable if you aren’t trying to spot it. Where things can be seen as a problem is the game’s framerate. Unlike the original releases which performed at a stable 60 fps, Xenoverse 2 on the Switch normally runs at 30 fps, switching to 60 fps when playing one-on-one fights. This essentially means that you’ll be playing most of the game at 30 fps since most of its battles are against multiple enemies. It’s a shame that they couldn’t manage to get the game running at 60 fps all the time since a game like this really benefits from it and it’s almost jarring whenever you do switch between the two framerates.

When advertising began for Dragon Ball Xenoverse 2 for the Switch, a highlighted feature was the unique addition of motion controls. Ultimate skills in the game can be activated by doing gestures such as the famous Kamehameha pose. The novelty of this fades almost instantly, however. Even with motion controls, you’re playing the rest of the game purely with buttons so it’s inconvenient to suddenly try and perform the right gesture in order to use a special, especially when you still need to hold the assigned button in order to activate it. The only way I could see this control type offering some sort of fun is if multiple people were using it, something made possible thanks to the Switch version supporting up to six players locally.

Dragon Ball Xenoverse 2 offers some really cool, unique features for the Switch but I wouldn’t recommend it over the other platforms it’s available on. All of the initial problems with Xenoverse 2 are still present in the Switch version, now with reduced visuals and weaker performance. If you have no other options however, the Switch version of Xenoverse 2 is acceptable, especially if you missed out on the first Xenoverse.

Dragon Ball Xenoverse 2 for the Switch offers its own set of unique features, only available for the Nintendo Switch in order to make up for its lacking power.
REVIEW SCORE
7
File Under: Bandai Namco, Dragon Ball