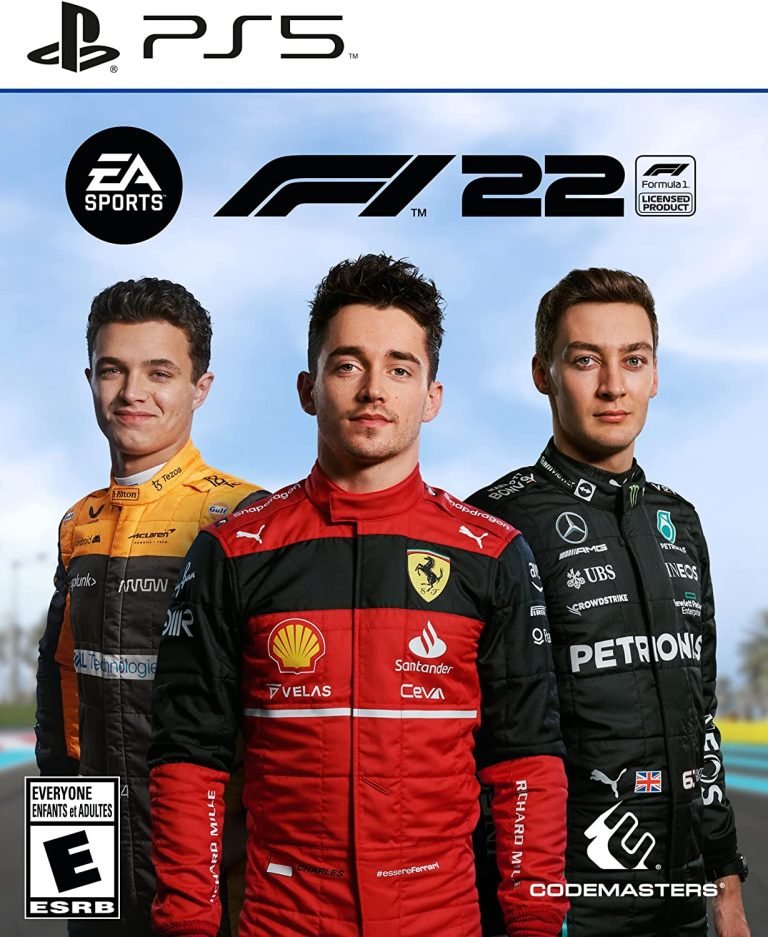 In the last few months, I’ve spent a great deal of time playing racing games. Earlier this year, I reviewed Gran Turismo 7, and I have yet to put it down, save for a few hours of playing MLB The Show 22. As a result, I had fairly high expectations for F1 22, especially after reading our preview for it from Summer Game Fest a few weeks ago.

F1 22 is the newest entry to the amazingly popular annual F1 series of racing games from Codemasters. It is abundantly clear that the team is infatuated with the sport, and this is reflected in the level of detail that has gone into making the cars and tracks look as realistic as possible. There can be no doubt that F1 22 is a beautiful game. One of my favourite tracks to drive on aesthetically is the Red Bull Ring for the Austrian Grand Prix and seeing how beautiful it looked in F1 22 brought a smile to my face. This is reflected in the other tracks as well, with honourable mentions going especially to Imola, Monaco, and Azerbaijan.

As I do with any racing game, I jumped into the single player career first. Codemasters have given us the option to play either a single player or two-player career. Being just a single person, I elected to go with the single-player career as just a driver. We have the option to go as just the driver, or go into My Team, which puts us as the owner and driver for the team, handling all aspects of the team from R&D to the actual driving. In addition, in My Team, you now have three starting points for your team: Newcomer, Challenger, and Front-Runner, each with different expectations about how the season should go performance and budget-wise.

The career mode as a driver is very straightforward. You can select some R&D items, and upgrade different parts on the car, but largely, your job is to drive, and drive you shall. I was able to take the F2 Driver’s Championship after some issues in the first couple of races (specifically Monaco, due to its very tight corners and narrow track throughout) and I was off to the sunny skies of the F1 series.

It was at this point that I was prompted to select a team to go with and choose a teammate. Usually I would have selected Mercedes-AMG Petronas as I am a fan of Lewis Hamilton and have been for a while, but I elected to go the other way and went with Oracle Red Bull Racing and chose none other than Max Verstappen as my teammate.

If you’re wondering why I am spending so much time talking about the career mode, it’s because there isn’t really anything else to do in F1 22. There is an online mode where you can play ranked, socially, in a weekly event, split-screen, or even in a LAN game. This is where I expect the majority of players will be spending their time when the game is released. I would have liked to check out the online portion of the game but was unable to do so as it was not available at the time of writing.

Other than the online portion of the game, the only other is in Solo play where you have the choice between three different modes: Grand Prix, where you select one or more tracks and race in them like a series; Time Trial, where you choose a track and try to set the fastest time to compare against the fastest players in the world; and Pirelli Hot Laps, where you can select from a number of different high performance supercars to complete a selection of different challenges.

“If you’re wondering why I am spending so much time talking about the career mode, it’s because there isn’t really anything else to do in F1 22.“

The Pirelli Hot Laps section really piqued my interest when I first heard about it, so when I tried it out, I found that the challenges themselves tended to be repetitive and grind-y. Not to mention that the cars themselves didn’t feel right to drive. They didn’t seem to handle correctly, and didn’t feel responsive when turns or, indeed, steering was attempted. To say I was disappointed would be an understatement, as I love the Mclaren 720S in real life, and seeing it as one of the available supercars made me very happy.

I have a few issues with F1 22, specifically with the driving controls. I found that when I was driving whilst using the PS5 DualSense controller, any time I would try to go around a corner or even adjust my line on a straight, I would find that there would be a delay in input response. I can recall driving around the Red Bull Ring and coming up to turn one, pressing the stick all the way to the right, waiting about a full second and then seeing the car turn made timing my turns very difficult, especially on the winding curves of the Japanese Grand Prix as well.

Thinking that this was just me being a bad driver, I hooked up the Fanatec GT DD Pro racing wheel (as it is compatible with F1 22) and tested out the same corners at the same speeds and conditions. For this test, I found no issues with the responsiveness of the turning. Maybe it was my controller. So I grabbed one of my spare DualSense controllers and tried that one and got the same results as its brother. Disappointment abounds. From then on, I only used the racing wheel for driving and the controller for navigating the menus.

All the current F1 tracks are on display for F1 22, with the addition of the Miami International Autodrome, a gorgeous 19-turn circuit through the middle of the city. There have been updates to some tracks as well, making sure that they are as close as possible to their real-life counterparts, with updates coming to the Spain, Australia, and Abu Dhabi circuits.

For PC players, there is VR compatibility as well for F1 22, for the very first time with five different headsets being supported (Valve Index, Oculus Quest 2 + Link Cable, Oculus Rift S, HTC Vive, HTC ViveCosmos). This addition makes me wonder if a patch allowing PSVR 2 compatibility would be coming or being held off for the next title. Either way, F1 racing in VR sounds like it could be a LOT of fun.

As it stands now, in my experience with F1 22, racing WITHOUT a dedicated wheel is making things hard on yourself needlessly. I wish it weren’t the case, as you can get by just fine in Gran Turismo 7 using just the controller. There is a good game here, underneath the control issues and lack of things to do. Improvements in both of these areas could have incredible implications for the long-term playability of F1 22.

A fine entry to the popular F1 series, F1 22 brings some new things to the table, but suffers from control issues and a lack of things to do.
REVIEW SCORE
7.5
Buy On Amazon
File Under: Codemasters, F1, F1 22, racing