Driving Will Never Be The Same 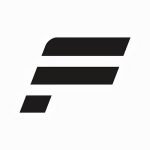 Before we discuss the Fanatec GT DD Pro Racing Wheel, we need to address a very large discussion/argument within the sim-racing community: is a racing wheel absolutely necessary, or can I get by with my controller? I have used both at different times in my gaming career, with the latter being the more common, especially recently. As I’ve gotten older, I’ve wanted to get into using a racing wheel since I keep hearing from people how it’ll make you a faster driver. After testing the Fanatec GT DD Pro Racing Wheel, I have some thoughts on the matter too.

First things first, the GT DD Pro is heavy. The entire kit weighs a staggering 13 kg (28lbs). I’ve had large gaming peripherals before (an uncountable number of Guitar Hero games in my past are the main culprit there), but this is on another level.

Setting up the Fanatec GT DD Pro Racing Wheel was a bit of a task. There is some assembly involved, as the wheel does not come mounted to the direct drive motor. Prior to that, though, I had to mount the direct drive motor to the surface it was going to be on for its lifespan. I managed to sort out a mounting position on a spare Ikea end-table we had kicking around.

The table clamp allows for a 5 to 60 mm table thickness, so you’ve got some options on which surface to use. Once that was done, the wheel slid on to the steering column quite snugly and smoothly. The pedals are a simple setup, they just need to be plugged into the direct drive motor via the provided cable. With all of that done, I was off to the races, both literally and figuratively.

The wheel itself is a thing of beauty, if a little intimidating at first. It has all the buttons that a regular DualSense/DualShock 4 controller has, minus the touchpad, as well as the L1/R1 buttons. These have been integrated into some of the four 5-way directional sticks that can be found on either side of the face of the wheel. As far as I can tell, there is no way to determine what stick does what, so it may take a bit of time if you’re trying to cycle through your HUD options in-race (in Gran Turismo 7 anyway).

“The Fanatec GT DD Pro Racing Wheel was designed specifically by Polyphony Digital to be used with Gran Turismo 7.”

The wheel is wrapped in tactile rubber, with a thin blue strip in the centre of the top of the wheel. The blue strip does more than aesthetics, as I would find myself seeing it in my peripherals, letting me know that the wheel was in its neutral position, and I was driving straight. The wheel itself also gives you a lot of visual information to take in. It features a diffused RevLED strip that shows you the revs of the current car you’re driving in a yellow, red, and blue colour flow.

The Fanatec GT DD Pro Racing Wheel was designed specifically by Polyphony Digital to be used with Gran Turismo 7. This allows you to have the perfect connection between you and the game when it comes to your time on the track. Using the Fanatec Control Panel software download ensures that the wheel can be used in every major racing game, right out of the box. So, if you have GT7 on your PS5, and F1 2021 on your PC, then your GT DD Pro can still be used.

The Fanatec GT DD Pro Racing Wheel gives you a lot of customization options built right into the device. Since you can use it for any major racing title, Fanatec has included the option to have multiple user settings that are selectable right on the wheel. Each game drives differently, so being able to customize the force feedback, wheel turning ratio, and more, depending on the game you’re playing is a great feature, rather than having to change settings every time you want to play a different game.

Additionally, a white OLED display is where you can access the Tuning Menu and play with the telemetry output. This is where you will cycle through your different settings presets. It’s very easy to use, and is very accessible. You can access both the standard and advanced tuning menus right on the wheel, giving you access to all the settings without having to exit the game and connect to the software and then reload the game to test your changes.

I was already fairly familiar with using pedals from games like Rock Band, and figured that it was a one size fits all situation when it came to racing pedals as well. I could not have been more wrong. The pedals for the Fanatec GT DD Pro Racing Wheel are on another level. The entire pedal unit comes in a heavy steel construction, built to last. The build quality is evident upon the first use. These are definitely not the pedals from Harmonix or Activision.

After a few laps, I could tell that the pedals react to very light input from the user, so there are varying levels of force that you can choose to use, depending on how hard you want to brake or get on the throttle. The brake pedal specifically has a stiffer spring built-in that is designed to be more realistic, so you are stamping down with the same force that I inevitably did on the accelerator, by instinct after years of racing games on the controller.

The pedals are also adjustable. By default, each of the two pedals is at either end of the metal plate that they are mounted to. A quick turn of a few screws, however, and you can move them closer. I elected to leave them where they are, and use left-foot braking, an idea that is still taking me a while to get used to, but I am getting noticeably faster in each race I do.

“The best thing about the Fanatec GT DD Pro Racing Wheel is the direct drive motor that the wheel is mounted on.”

The best thing about the Fanatec GT DD Pro Racing Wheel is the direct drive motor that the wheel is mounted on. There are no belts or gear drives inside to run the steering and dilute the force feedback effects. This results in realistic performance in a small physical footprint.

The wheel-base (where the wheel is mounted to) on the GT DD Pro, is fan-less, so you won’t be getting any noise coming from the direct drive motor to distract you on a hot lap. I tend to get immersed very easily in Gran Turismo 7 and having no noise coming from the wheelbase allowed me to focus on the engine sounds in the game and the laps I was running. I am all about realism, so this is a fantastic feature for me.

As with all racing wheel kits, most of the parts are upgradeable or interchangeable. The Fanatec GT DD Pro Racing Wheel offers a few upgrades to the kit, for those of us that are very serious about their setup. The pedals themselves have three upgrade options, all of which come at a price. The Tuning Kit will simply add metal faceplates to the brake pedals, whereas the Clutch Kit adds a third pedal to the mix. The Load Cell Kit also adds a third pedal as well as upgrades the brake and main electronics to the unit.

For all the good that the Fanatec GT DD Pro Racing Wheel offers, there are a couple of barriers that the average user may not be able to forgive or overcome. One of which is the price. Coming in at $699.95 USD, the GT DD Pro is an expensive peripheral, costing much more than the console it is being used on. If you’re familiar with the sim racing scene, then this isn’t really news to you, but as a relative newcomer to the racing wheel community, it can be a hard pill to swallow.

The second barrier to the use of the GT DD Pro, would be that it really needs to be mounted somewhere where it isn’t going to move. For most sim racing enthusiasts, this would mean buying—at another additional cost—a mount for it. There are a number of them available on the market, some as little as $150, but you can see how this can potentially balloon into a $1000 plus situation, especially if you go with one that comes with a chair built-in as well.

Despite those two possible issues, I still highly recommend the Fanatec GT DD Pro Racing Wheel. I managed to overcome the mounting issue by placing the pedal construction on the carpet. Since it has little rubber feet underneath, having it on the carpet allowed for very minimal movement and didn’t hamper my experience.

If you are a sim racing enthusiast and are in the market for a racing wheel setup, then the Fanatec GT DD Pro Racing Wheel is a fantastic option that will get you hours and hours of racing fun and be pretty darn realistic at the same time. The GT DD Pro exceeded all my expectations and has let me get better at a game I thought my skill level had maxed out on using a controller.

Racing is not the same anymore for me after using the Fanatec GT DD Pro Racing Wheel. Never before has a gaming peripheral drastically changed my experience and made it so enjoyable
REVIEW SCORE
9
File Under: Gran Turismo 7, racing