Last time CGM reviewed an entry in the FIFA series, more than four years ago, Adam Chapman praised FIFA 18’s story mode, The Journey, calling it a ‘truly immersive experience.’ A lot has changed in the years since and, after numerous failed attempts, EA seems to have dropped story modes completely. In fact, at large, FIFA 22 does not go out of its way to add anything particularly new or interesting, with this year’s iteration truly feeling like yet another annual refresh, meant primarily for people who keep up with roster updates and/or play FIFA Ultimate Team (FUT), by far the game’s most played game mode, competitively.

This all is not to say, however, that FIFA 22 is necessarily a lacking experience, as a lot of what made FIFA great in the past is still present in FIFA 22. But, rather, this is to say that FIFA 22 is a lacklustre release that does not feel quite justified. Minor improvements to the game’s many different game modes are welcome and it is great to see that yet another handful of national leagues (such as the Magyar League and the Liga Cyprus) were added but there is simply nothing particularly substantial about this year’s release.

Furthermore, as it has been the case for a few years now, there are huge discrepancies between the many versions of FIFA 22 out on the market. For example, for the Nintendo Switch, FIFA 22 is literally the same experience as FIFA 19, save for the roster and stadium updates. And FIFA 19 on Switch was never particularly good in the first place, either. Making matters even worse is the fact that PC players got snubbed this year as well, as HyperMotion, this year’s frontrunning feature, which I will cover in a moment, is exclusively available for ‘current-gen’ consoles – for no good reason.

On ’current-gen’, then, despite the game being in 60 FPS and despite the fact that the loading times are almost non-existent, there is little on the technical side to make FIFA 22 a ‘current-gen’ showpiece of any sorts. And if last year I was more lenient, since FIFA 21 was the franchise’s first game on net platforms, this year, I do not think it is unfair to have expected the game to be more impressive than it is. Even the implementation of the haptics and the adaptive triggers for the PS5 version, which is the one I played and am reviewing, is unsatisfying.

The same can be said about HyperMotion, which, as I mentioned earlier, is the feature which seeks to set FIFA 22 apart from other iterations in the franchise. EA describe HyperMotion as the ‘foundation’ for this entry’s gameplay, with HyperMotion combining full-team mocap data and machine learning in order to create more authentic football. As a result of this, EA have added over 4000 new player animations to FIFA 22 which would theoretically add variety to the gameplay experience.

And yet, whereas this sounds great, this feature is nowhere as game-changing as it should have been. I could notice more dynamism in the way my players moved, at least at first, but then eventually I sort of forgot that there were new animations added to the game to begin with.

This is also because so much of the game’s animations, from celebrations to taking a free-kick, are recycled from previous entries so that it is hard to really pin-point what precisely is new at times.

Whereas HyperMotion also touts that it would improve the AI, and this is true, the changes are marginal. For example, the defenders and goalkeepers are indeed better in FIFA 22, but this matters less when so much of the game is still dictated by sheer speed and pace. On the gameplay side, then, probably my favourite feature is the deeper match analysis, which can help you understand how you and your opponent are performing –  it is very helpful to see a breakdown of the key aspects of the match and how you fare in expected goals and other vital stats.

HyperMotion also somewhat helps make FIFA 22 look better: players react rather naturally to coming into contact with the ball or other players in a way that adds to the visual spectacle of the game. However, even though the graphics are generally good, at select moments, the game looks dated. It also does not help that, in contrast, the general aesthetic of FIFA this year is more futuristic than ever: there are neon colours present everywhere and FUT made headlines for selling anime cosmetics.

This being said, when it comes down to the presentation of the game, the best part is definitely the amazing and emphatic soundtrack. FIFA soundtracks are a big part of the culture surrounding the franchise and with featured artists such as Ashnikko, CHVRCHES, Lorde, Caribou, Kero Kero Bonito and Little Simz, it is not hard to see why.

Speaking of FUT, the game’s most popular (and contentious) game mode has not changed much in FIFA 22, the two biggest difference being the progression rehaul – you no longer have to play quite as much to stay competitive – and the addition of FUT Heroes cards, which provide a green chemistry link to any other player in the same league or from the same nation. Heroes cards include club legends such as Tim Cahill, Ole Gunnar Solskjær, Antonio di Natale and more. Likewise, more footballing stars join the fray as FIFA Icons, with players like Iker Casillias, Robin van Persie and Wayne Rooney being added.

On the other hand, VOLTA football, EA’s attempt at capturing the magic of FIFA Street, continues to struggle to be truly worth playing: none of the new additions such as VOLTA ARCADE, which has players engage in lighthearted party games such as Foot Tennis, Dodgeball and a handful of others, serve as more than a distraction. As for those who enjoy Career Mode and/or Pro Clubs, I am sad to report that there is not much new here beyond the fact that Career Mode now allows you to create, customise and manage your own club and that Pro Clubs now permits you to create a female Virtual Pro.

It also must be said that there are no fundamental changes to how EA handles FIFA’s controversial monetisation practices, despite acknowledging that it needs to work on ‘real solutions for FIFA players who lose control of their spending’ and despite potential changes in UK law with regards to loot boxes and gambling in video games. This is disappointing since the practices are undoubtedly exploitative and since there are growing concerns over the impact of loot boxes, especially on children.

Whether or not EA will ever budge on this aspect of the game remains to be seen, but given how financially successful they have proven, there is little reason to believe there will be a future where FIFA will not be monetised in some callous way or another. For my money, I recommend not getting wrapped up with buying FIFA Points when playing FUT as you are likely to never be satisfied with the players on your team, especially if coming across opponents who have spent considerable amounts.

Likewise, it is hard to recommend buying FIFA at all this year. Like no other yearly release I’ve seen before, and I have been personally hunting for trophies in FIFA since FIFA 14, FIFA 22 is a game of thin margins. And, given its record breaking launch and the fact that Pro Evolution Soccer, FIFA’s sole competitor, now rebranded as eFootball, has self-destructed, the franchise itself is likely to be more and more incremental moving forward—however moving forward looks like in the wake of news that EA might lose the FIFA license.

Given all of this, it is a pretty bleak time to be a fan of football simulation games. Football Manager is great, yes, but it is not quite the experience many FIFA or eFootball players are looking for. In fact, in many ways, not even FIFA 22 is the experience many fans are looking for. Sadly, the choice is in-between putting up with it or breaking up with FIFA entirely. And I am not sure what I will end up choosing either.

It is hard to recommend buying FIFA at all this year. Like no other yearly release in the franchise, FIFA 22 is a game of thin margins.

File Under: EA Sports, FIFA, FIFA 22
A retail version of the game reviewed was provided by the publisher. You can read more about CGMagazine reivew policies here. 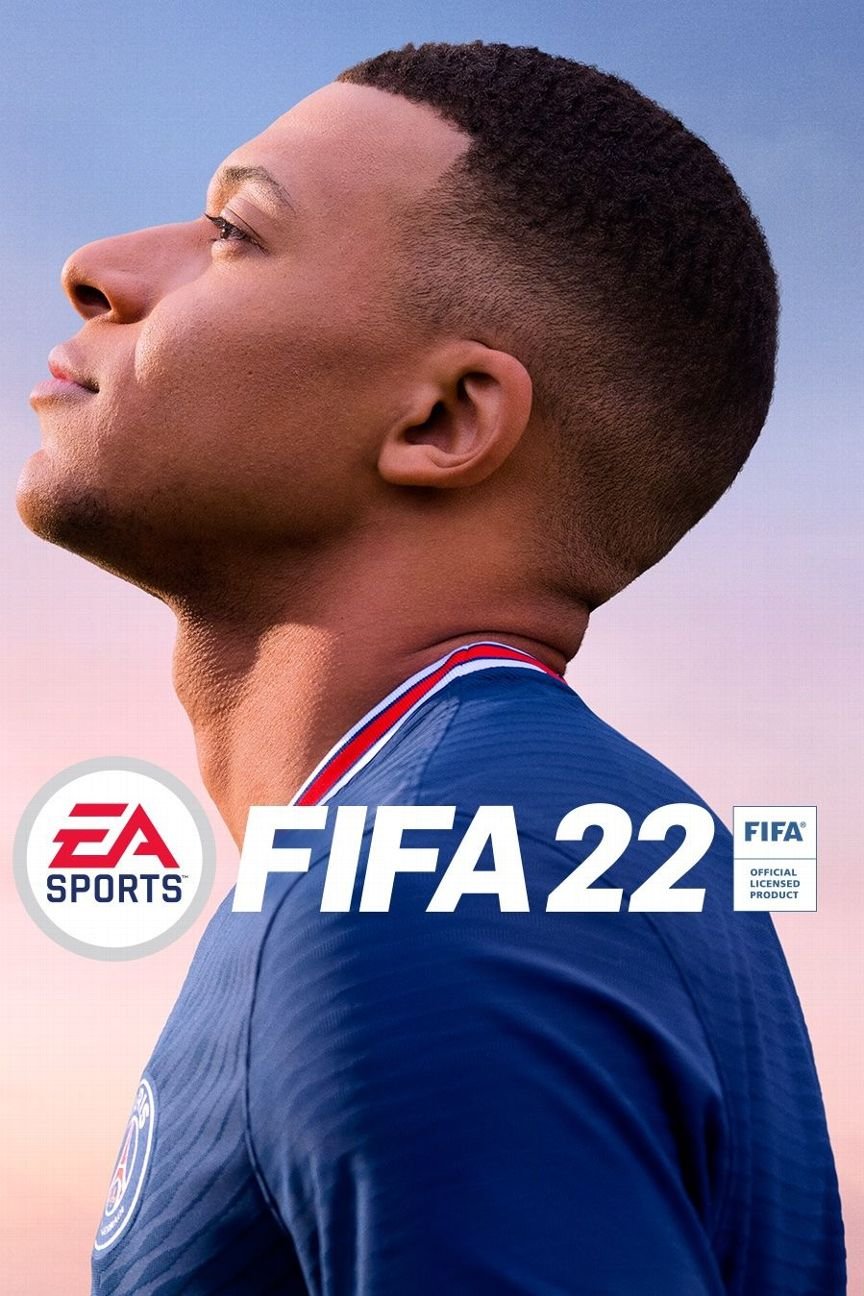