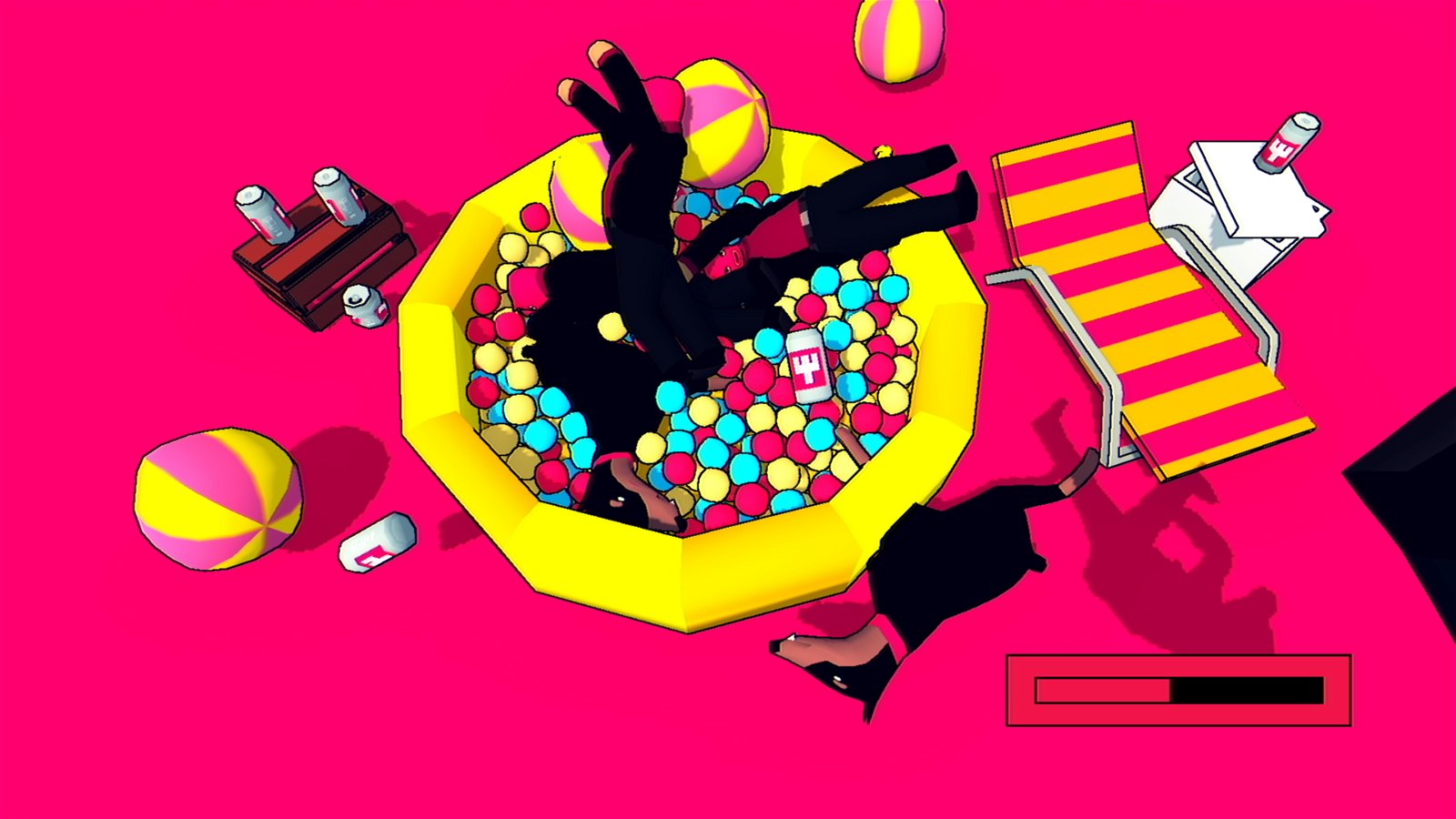 Something that always catches my eye when I watch TV shows or movies is when people are shown playing video games that obviously don’t exist. Two people sitting together on a couch, playing an untitled first-person shooter and talking about getting the highest score. These always sounded cool to me as a kid but as I got older, I began to question why anybody would play these awful looking made up titles. High Hell is a game that instantly reminded me of those non-existent games, except it actually manages to work most of the time.

High Hell is an action shooter that has players fighting through the criminal underworld in a series of fast-paced missions. I would speak more on the game’s plot but there is none. Even that one line of information I just gave was something I had to find on Devolver Digital’s website because the game offers nothing, aside from the goals of individual missions. High Hell’s lack of a story works in its favour though when you’re taking on random missions like stealing artwork or rescuing chimps.

From a visual standpoint, High Hell uses a retro polygon look similar to something you’d find on the Sega Dreamcast. Alongside its almost entirely nonexistent HUD, these graphics add a lot of charm to High Hell’s old school gameplay. One problem with this style, however, is its overuse of the same colours, specifically grey. After a few missions, everything starts to look the same.

In the spirit of the games that High Hell is trying to emulate, it has extremely simple controls. You can move around, shoot, crouch and perform a kick or interact with certain objects. There’s no weapon cycling to think about or even reloading. High Hell’s simple controls makes it easy to pick up and play which works well with the game’s bite-sized missions, never taking more than about ten minutes.

The style infused into High Hell is one of its most obvious strong suits. Being able to do things like burn stacks of money or having to jump off the map and parachuting away at the end of every mission. Every action you can perform feels like it’s straight out of an 80’s action movie or an early 90’s video game. One of the actions that is most important to the gameplay is being able to bust doors down. Now, I get how important an action like this is to simulate being a badass but this action is where most of my problems stem from with High Hell. In each mission, you’re breaking into a criminal hideout with rooms full of enemies. The problem is that the second you open that door, there’s usually already at least two enemies already prepared to get their shot in. It can result in cheap deaths, forcing you to memorize the enemy layout just to get through certain areas. This problem led to me coming up with equally cheap and ultimately boring strategy of opening a door, standing next to it and shooting continuously while the enemies blindly walked out to look for me.

High Hell is a great game to play in short bursts. It’s quirky, fast-paced, and plays well aside from a few oversights. Though there’s a variety of different mission objectives, things always end with eliminating all the enemies on the map, resulting in the gameplay getting a bit stale after too long. You can easily load High Hell up, play a couple of missions and then return for more later.

Liked this article and want to read more like it? Find out why Remington thinks Fire Emblem Warriors exceeds all expectations, or why Sonic Mania earns its spot next to the titles released during Sonic’s golden era!

Want to see more videos? Subscribe to our YouTube channel and check out the First 15 – The evil Within 2, Forza Motorsport 7, and Cuphead!

High Hell is a great game to play in short bursts. It’s quirky, fast paced, and plays well aside from a few oversights. 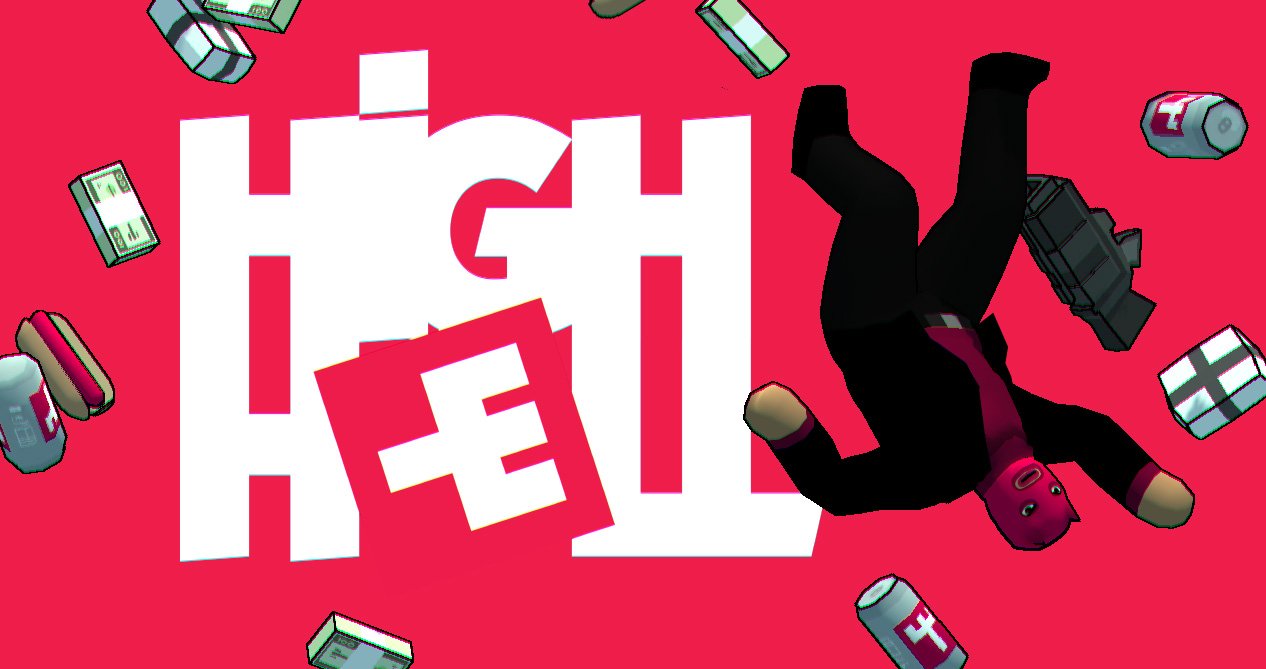