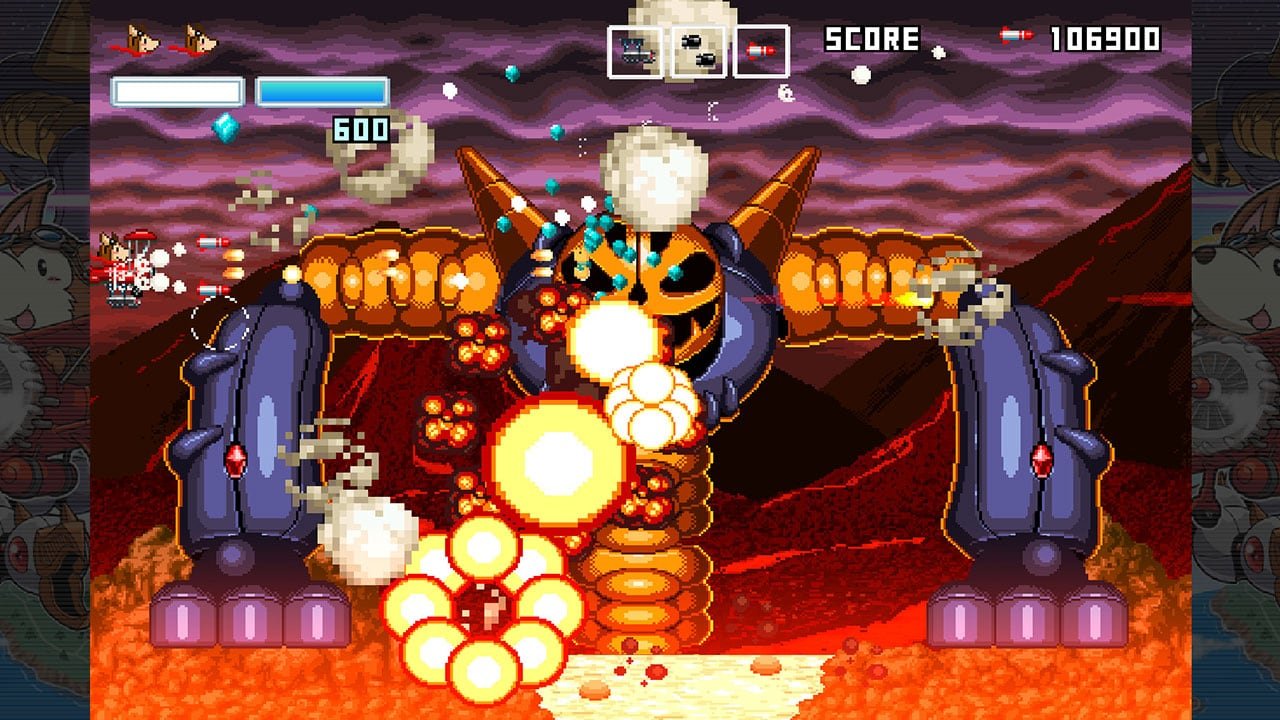 HORGIHUGH doesn’t let a grim story and events affect the cuteness of its shmup action. Sure, you’re a cheerful pup fighting some adorable foes and bosses as you weave through bullets and missiles. Sure, the events of this war were started by a bloody war that was kicked off by a murder. That doesn’t make this game any less cute. Somehow.

You’re a dog with a biplane in this oddly-grim adventure. The ancient plane has some modern firepower, though, with players able to double their machine gun blasts, launch missiles at two angles, and toss bombs onto the ground if they can grab some floating power-ups. Just don’t get hit or you’ll lose them all. The longer you can go without losing these guns, the better you’ll do.

It’s pretty easy to die, though. The first stage or two may seem calm, but before long, enemies will be choking the skies with unique movement patterns, hazards will make for some tight passages to move through, and bullets will be everywhere. HORGIHUGH does a good job of carefully dialling this challenge up over time, though, so your skills are likely to keep up with the difficulty curve.

If you’re having some trouble, you can always be on the lookout for floating shops on each level. These contain special weapons, speed upgrades, and defensive shields you can buy in exchange for crystals the enemies drop. They’re expensive, so don’t expect to make yourself overpowered too quickly. You also lose these bonuses upon taking a hit (except for the shield), so your expensive new toys new to be protected as well.

You might be forgiven for being distracted and getting shot, though. The game features some nice background locales for you to fly by, soaring across the lights of animals cities or over snowy fields (whose storms might affect your visibility in interesting ways). The music is highly cheerful as well, making many of these places feel light and fun as you fly over them.

The enemies are an odd array of nonsense mechanical shapes that don’t seem particularly menacing but will all happily shoot you down. They’re a letdown in a way, though, as the game’s cute visual style seems like it should extend further than its hero. I expected some adorable foes and bosses, but they’re mostly just weird machines and devices that could be in just about any shmup.

HORGIHUGH is a cute, approachable shmup with a loveable hero and some handy weaponry. It can be quite challenging, but it rarely feels unfair. It’s just a shame that its adorable visual style doesn’t extend much farther than its protagonist, though, with the rest of its visuals feeling plain and uninteresting.

HORGIHUGH is a cute, approachable shmup with a loveable hero and some handy weaponry. 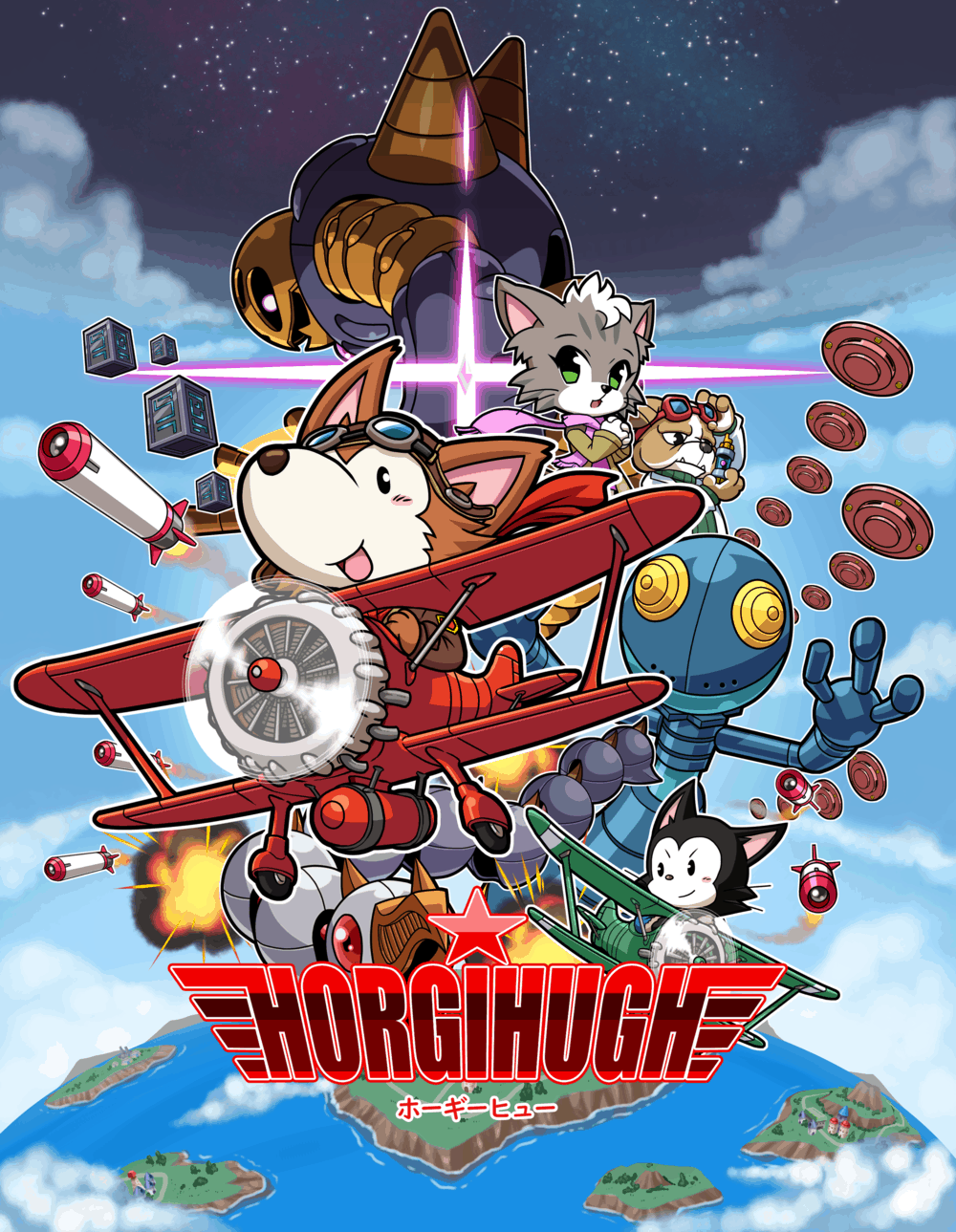