The Sequel All Sequels Should Aspire To 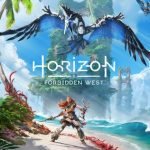 Sequels are a funny business, not just in movies, but in gaming as well. Get it right, and the franchise can go and go and go (looking at you Assassin’s Creed). Get it wrong, and it can be really tough to make another title in the series. Horizon Forbidden West falls into the category of the former, and makes it look easy.

Horizon Forbidden West begins about 6 months after the world-changing events of Zero Dawn. Circumstances arose and Aloy had to leave Meridian rather quickly to continue to fulfill her journey. We find her in the wilds somewhere while she is searching for a backup to the GAIA program that she was introduced to in the previous entry. She is met by a familiar face from Zero Dawn and the two delve further into the ancient ruins of far-future America.

Right away we’re met with a beautifully designed world that is so vibrant with colour and structures that are facing the slow decay of time and weather. The buildings Aloy and her companion come across are overgrown with plant life and water. This location has not seen human life in a very long time, and one gets the feeling that if we didn’t know the buildings were built by human hands, we’d almost think humans had never been there. All the computer holographics they come across call Aloy “Dr. Sobeck”, and it really gives the impression that this is the first time they’ve been used in 1000 years.

Before long, Aloy and her companion are met by one of the many new types of machines in Horizon Forbidden West, the Burrower. It’s a very basic scout-type machine that can tunnel underground and emit high-pitched sound waves to stun Aloy. These guys are littered throughout the world of Horizon Forbidden West, one of many new machine threats that Aloy will have to face on her journey.

On that journey, Aloy will meet new tribes and people, forge new alliances, and fight deadly new machines. Without spoiling anything, there is no shortage of people to talk to and learn more about the landscape and world that Aloy finds herself in.

There are a great many things that Horizon Forbidden West improved from Zero Dawn. Chief among them is the Stash. Gone are the days of not being able to pick up a crucial ingredient or part because your inventory is full. If your inventory is full, and you need to pick up an item, that item will automatically get transferred to your stash where it will be conveniently waiting for you when you return to town, any town. Space in the stash is finite, but I never even came close to filling it, and I picked up essentially everything I could find during the time I played before this writing.

I can’t think of a single instance that I used a fast travel pack during the time that I’ve played so far. To be honest though, the landscape is so incredible and well detailed, that running to my destination is a far more visually rewarding task than simply jumping to the spot I need to go.

Your skill tree is larger than ever now as well, doubling in size from three separate trees to 6 separate trees, each with multiple levels of skills and abilities to unlock. Everything from trapper to hunter to infiltrator is available with unlockable abilities that you can equip to be used in battle. All designed to make combat (or the avoidance of combat) easier in the Forbidden West.

The voice acting in Horizon Forbidden West is incredible in its own right. Guerilla Games was able to get some big names to lend their voices to characters in this game. Names like Carrie-Anne Moss, and the incomparable Angela Bassett; while Ashly Burch and Lance Reddick return as Aloy and Sylens, respectively. You can hear the emotions in their characters voices, and it makes the immersion that much better. The stakes are high in Horizon Forbidden West and having amazing voice acting helps convey the story even better.

I played Horizon Forbidden West on the PS5, so I was really happy to get to experience some next-gen improvements and additions that Guerilla Games has implemented. One of the earliest things we get to experience is the adaptive triggers at work. They are implemented in a few different ways, but my first introduction to them was when Aloy needed to pry open a door that was closed.

Jamming her spear in the door and holding R2 gave me quite a bit of resistance to push the button down, simulating the difficulty of opening the door. I love little touches like that as they draw me in further. There are many other uses for the adaptive triggers in the game, but this one I really like.

Haptic feedback is another implementation that I feel needs mentioning, at minimum. The DualSense controller is amazing for this game. The feel of slowly creeping through the tall grass on a stealth approach is magnified by the haptic feedback the controller affords. It seems weird to talk about the way a controller shakes or rumbles, however subtle it may be, but that sort of thing improves the game when it’s done correctly. And it is absolutely done correctly here.

“The world of Horizon Forbidden West is beautiful.”

Let’s talk about visuals again for a moment here. The world of Horizon Forbidden West is beautiful. There can be no doubt about that. How it looks on your TV though, is up to you. There are two graphics modes in the settings menu. One is for performance where you focus on a higher frame rate but lower resolution, and one is for resolution where you focus on the resolution but get a lower frame rate. Personally, I preferred the frame rate over the resolution, so I played in performance mode.

I did change it to resolution mode, so I could see how good the 4K graphics looked, and they are incredible. I saw things I didn’t even know were there at the lower resolution. Things like the number of blades of grass that are visible when they’re blowing in the wind, or the details of the leaves in the shrubbery. This all adds to how unbelievable this game is and the level of detail Guerilla Games has put in.

One of my absolute favourite things about Horizon Forbidden West is there is no shortage of things to do. The main story is just a portion of the content available in the game. There’s everything from side quests (of which there is a Skyrim-level amount) and errands, to cauldrons, hunting grounds, and something entirely new called the Melee Pit. The Melee Pit allows you to test your various combat skills in a variety of challenges. You can find one in each settlement, and each has a different Pit Master that requires you to employ different skills.

It’s clear that Horizon Forbidden West was developed carefully. The gameplay is smooth and easy to understand. Aloy moves about the landscape swiftly and elegantly, using her Focus to see ledges to climb on, as well as any chests that are around to be looted. Combat flows smoothly between light and heavy attacks, and your different bows have different situational usefulness. Using your different arrow-types on different machines could be the difference between victory and reloading your save.

There were a couple of minor glitches or bugs that took me off guard during my playthrough. For example, there were a couple of times that I went to loot a chest and Aloy stayed in the chest looting animation and didn’t open the chest. A quick reload from last save fixed the issue, but it was a minor inconvenience. There were also a couple of instances where the screen would flash black for a brief second and then bring the picture back. Again, minor inconvenience, but it still happened, and I wanted to address it. These issues should be resolved in the Day One patch, so they should be a moot point.

Horizon Forbidden West is not an easy game in terms of difficulty. There are 5 difficulty levels to choose from when playing Horizon Forbidden West: Story, Easy, Normal, Hard, and Very Hard. There were a few times that I got rather overwhelmed by machines or enemy humans and had to either run for my life or be very dutiful with the dodge button. Let’s just say that stealth quickly became a fairly large part of my playthrough when I bumped it up to hard difficulty for a while.

Since I got my hands on my copy of Horizon Forbidden West, I have not been able to put it down, let alone play anything else. I am obsessed with this game, and I sincerely hope there will be DLC content to go along with it at some point soon.

Guerilla Games has made one of, if not, the best sequels that I have ever played. There is so much to see and do that I can’t see myself ever getting bored. It is a masterpiece that should not be overlooked, least of all by RPG fans.

A sequel should always be better, and Horizon Forbidden West is much better than its predecessor, by a distance as great as the journey itself.
REVIEW SCORE
9
Buy Online
File Under: Guerilla Games, PlayStation 5, Sony