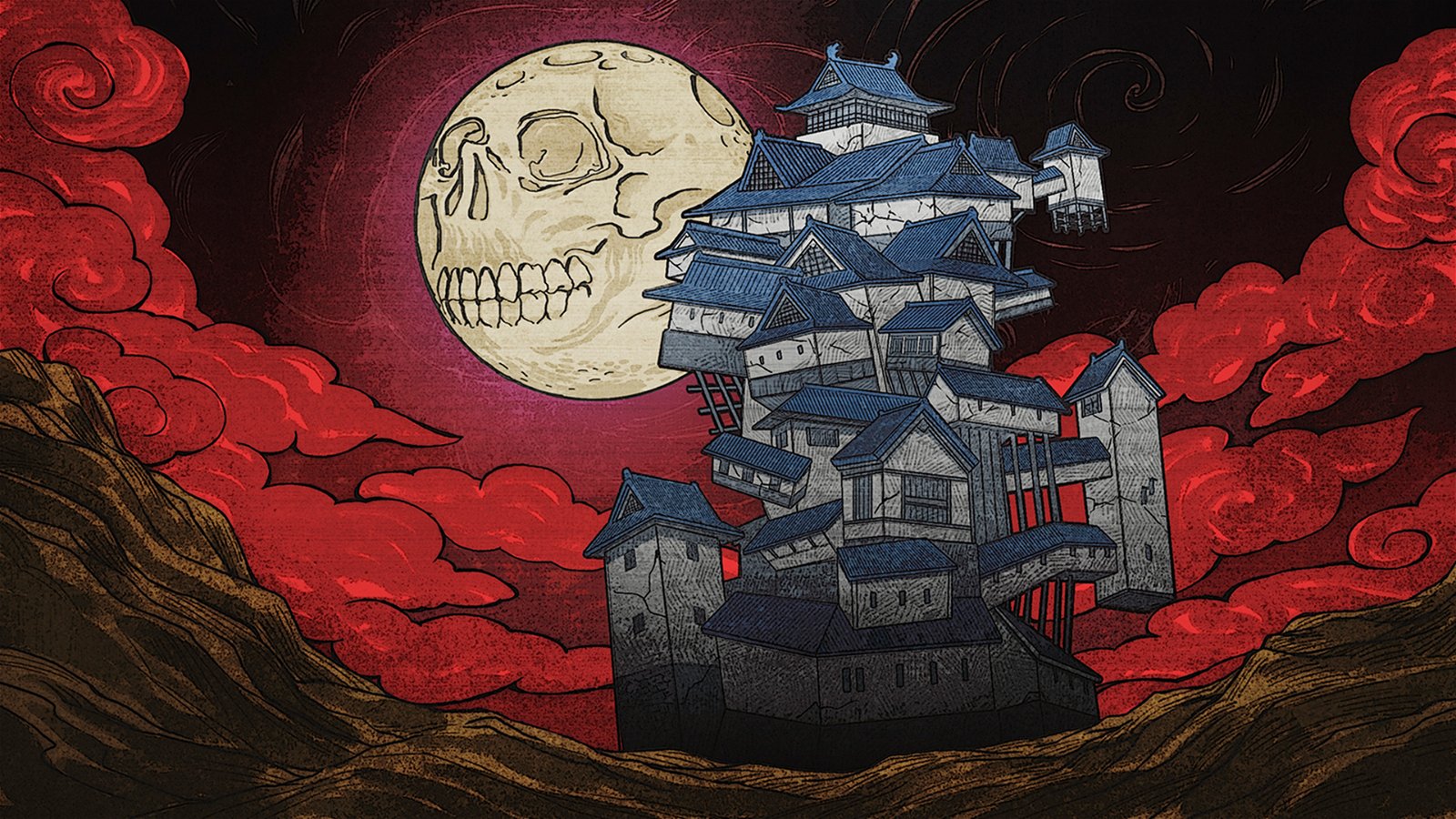 Hyakki Castle is a mythological monster fan’s dream. For those who are sick of thumping orcs, goblins, and knights in their dungeon crawlers, Hyakki Castle offers a ton of monster variety, pitting players against incredible, unsettling creatures from Japanese folklore. It’s a joy just to see what new beasts lurk on each floor, even if they might spontaneously stomp the life out of you and force you to redo a half-hour of play time.

Hyakki Castle puts players in control of a party of self-made characters, all of whom are looking to defeat Doman Kigata, a sorcerer who was banished after trying to overthrow the Shogunate during the Edo period. Players can pick from ninja, samurai, monks, and more, all of whom come with their own special skills. Players are also given the choice to play as human, Tengu, Oni, or Nekomata. Races offer little boosts and drawbacks, making some more useful for certain classes than others. It’s up to the player to cobble together the party they want—brute force, distance fighting, and magic are all viable builds, as is a mixture of all of them.

Once players choose their party, they’ll notice they’ve been dumped in the castle alone, the rest of their party having been captured. Hyakki Castle lets players split their party up into different groups, and this introduces the ability to move the split parties independently. Despite how much the game seems enamoured with this ability, it’s not all that useful in practice. It allows players to leave a character to hit a switch while they go do something else, or do pincer attacks on monsters, but the former is the only real use for this ability. Shuffling a second party around in the game’s clunky, block-based movement style is far too slow and unwieldly when you can just hammer away at attacks from the front and move the whole party out of damage range when the monster’s going to hit back.

Party splitting being largely useless in combat also means that some of the character abilities aren’t that handy either. Players are free to select from several powers as they level their characters, choosing where to go on each class’ skill tree in terms of party buffs or character attacks. Buffs often affect the whole party, which is highly useful, although the most damaging abilities tend to kill monsters so fast there’s not often much point in buffs (sidestepping attacks is much more effective). Also, some attacks build up Hate like a tank would in an MMO, which would be useful if the two-party system was all that great, but it is typically not that useful.

“Hyakki Castle makes learning these monster attacks quite pleasant, as each monster in the game stands out.”

You will want to get that sidestepping/dodge timing down to live long in Hyakki Castle. Early enemies don’t hit that hard, allowing players time to fiddle with their attacks without having to get out of the way. This is nice, as it lets players click around their various attacking/buffing/healing abilities (of which each character can have four equipped at one time, and can click through them in a hurry), getting used to where those selections are on-screen so they can slam monsters in a hurry. That way, players will know their attack layouts well for when harder beasts show up. Expect many single-hit defeats from monsters even three floors into the game, so players need to know their attacks and movements well.

Dodging can be as simple as stepping back or to one side, but knowing the monster is important. Each one has an attack timing that players can get to learn, as well as which attacks they can use. If players learn them well, they can often easily get out of danger with a few well-timed steps, then get back in to lay more hurt down. However, many monsters hit extremely hard or for lethal damage, and save points are infrequent (often only at the beginning of each floor), so it’s imperative to learn the timing of these attacks to avoid death.

Hyakki Castle makes learning these monster attacks quite pleasant, as each monster in the game stands out. Monsters range from piles of living flesh and undead samurai to ghosts of old ladies and a woman’s head on a foot. They all stand out in their design, offering delightful looks into monsters from Japanese folklore. Since they’re all unique, it’s often easy to remember which monster attacks and moves in what way, making them a visual treat AND a learning aid in how to fight.

The rest of the game’s visuals can be a little on the dull side, although it works in tandem with the music to create an eerie, almost horror game-like atmosphere. Hyakki Castle is filled with dimly-lit halls and stark corridors, creating this strange monotony, and is typically filled with the sounds of dripping water or whistling wind. It’s technically kind of plain, but when you’re being stalked by extremely odd monsters, it delivers a sense of unease (especially when combined with how easy you can die) that makes the experience a pleasingly fearful one.

To increase that tension (and to keep players from spamming saves), they have to deal with Hunger as the party wanders the dungeon. Health and magic will regenerate on their own, letting players freely use the best of their abilities often, but Hunger drains with every step and attack. Once it is far down, characters do less damage and receive more. This can be fixed with food, but there isn’t a lot of it and it doesn’t restore much hunger. This encourages players to be aggressive, pushing to fight and explore more, and adds a pressure that keeps play exciting.

Hyakki Castle is a solid dungeon crawler with some fun classes, mechanics, and amazing monsters to keep drawing the player deeper into the labyrinth. While the party-splitting ability isn’t especially useful, the rest of the game offers some tense journeys and tenser fights against truly unique, powerful monsters.

Hyakki Castle is a solid dungeon crawler with some fun classes, mechanics, and amazing monsters to keep drawing players into the labyrinth.