A Fascinating and Puzzling Experience 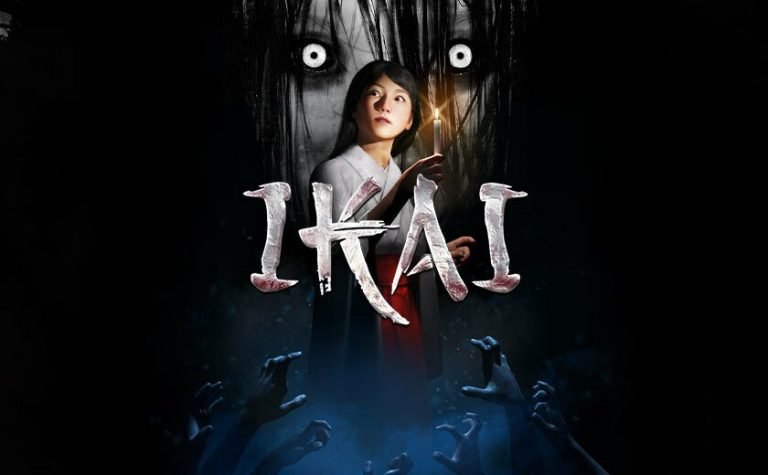 CGMagazine was given the opportunity to preview Ikai earlier in the year with great horrific pleasure. While the preview was a great introduction to this Japanese folk world with different demons and spirits, the full game was a little less haunted than I thought it would be. The main part that was haunting were the puzzles I faced in the later half of the game.

I tried to solve the puzzles as best I could with the logic of some hints, but the hints were a bit troubling too. Eventually, I completed the first hard puzzle through trial-and-error. However, the second puzzle was arguably worse as the logic to figure it out was incomprehensible. Even though I saw the solution in the end, I questioned how I got the answer.

Most of the puzzles extended my gameplay from about two hours of playing to about five hours as I tried to figure them out. Maybe I needed more brain power, but the amount of time it took to solve them was concerning, and I did not enjoy how much of a roadblock it caused for me. It was almost like trying to complete all the shrines in The Legend of Zelda: Breath of the Wild but on super hard mode.

It is not that I detest puzzles, I enjoy a good, hard puzzle. But if the hints are hard to pick up on, I find it troubling to continue playing the game. I am hoping the developers at Endflame could potentially add more voice clues or another hint in Ikai that would help the player find the solution to the puzzles. When the puzzles in a non-puzzle-centric game impede the player from progressing, the difficulty of the puzzle must be questioned.

“I am hoping the developers at Endflame could potentially add more voice clues or another hint in Ikai that would help the player find the solution to the puzzles.”

The Resident Evil games are a great example of incorporating puzzles into their game narratives, but provided many hints, cheat sheets or clues which players could pick up in-game to help them. Another example is the Uncharted games that blended puzzles in certain temples or catacombs to heighten the experience of being an explorer with Nathan Drake. At the end of the day, these games did not have puzzles that became roadblocks to progress the story.

Putting the puzzles aside, I would argue that Ikai is redeemed and bolstered by its intriguing storyline. The storyline revolved around a temple maiden, Naoko, who helps her uncle, the temple master, exorcise demons and spirits for the locals. However, one night, her uncle does not return from his trip to the local village and Naoko must now keep the yokai (spirits) at bay. The mystery behind Naoko’s missing sister was also prevalent as clues give some hint to what her sister has been up to after being absent for a while.

The story, design of the various yokai, and certain game mechanics are what saved Ikai from disaster for me. I enjoyed finding out the mysteries Naoko’s temple had, along with learning the history and folklore of each spirit. I thought these collectibles were cool and quite educational. Many anime shows like InSpectre, Jujutsu Kaisen and Demon Slayer: Kimetsu no Yaiba brought up yokai and various demons—the ones mentioned in these shows do not necessarily explain them in detail. So, I really appreciated the attention to detail with the yokai sheets the player can pick up in this game and read if they choose to do so.

“Putting the puzzles aside, I would argue that Ikai is redeemed and bolstered by its intriguing storyline.”

As for the design of the angered yokai seen throughout Ikai, I was very impressed by the grotesque and skin-crawling looks of them. One creature had me recoiling with the sounds it made and the structure of it made me very uncomfortable. The fear factor was very much present. The jump scares in the game always got me jumping in my seat, so big kudos for the game making my heart skip a few beats.

What I liked about the game mechanics in Ikai were the fluidity of the movements and the bold choice to add drawing as an element in the game. The controls were straightforward, and the movement of Naoko was swiftly responsive (exactly what I needed to run away from the demons). It did feel a little clunky with the sound of her pair of geta (sandal-like footwear) hitting against the wooden floors, however.

One of the major focal points of Ikai was drawing protective seals to calm the unrested spirits and I thought this was a cool idea I did not know I would like. It took me a couple tries to understand the sensitivity and how much outside the lines I could draw the Japanese characters on the seals. Eventually, I got the hang of it—this game mechanic was great, with the addition of yokai chasing me around the temple area.

In summary, Ikai had a great first quarter or half with intense, heart-pounding moments, great jump scares, and creepy-looking yokai, but it fell short of being great with its story that felt short and contained troublingly difficult puzzles to solve. I would recommend it as a game to play for those who want to see some great design and partially unique game mechanics. Otherwise, this could have been time spent playing other similar horror games that did it slightly better, like Outlast or Fatal Frame. While I loved the puzzle aspect of the game, I think it should be tweaked a little.

Ikai had a great first half with great pacing and providing enough mystery and heart-racing moments but fizzled out by the end.
REVIEW SCORE
6
Buy On Amazon
File Under: First-person, Ikai, psychological horror