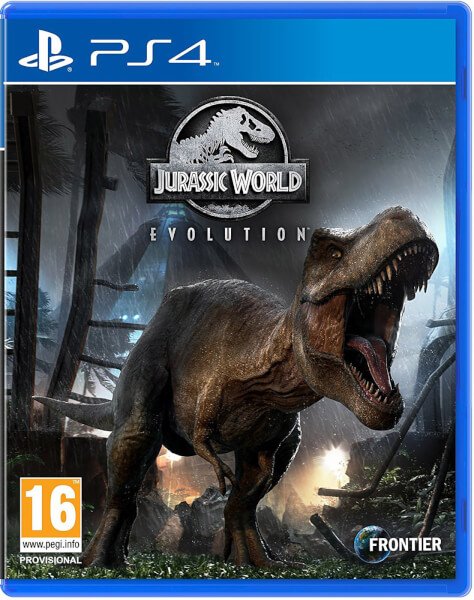 The Jurassic Park franchise was one of my favourites to watch after school when I was a kid. Whether it was watching the T-Rex run amok in San Diego or seeing the majesty of the Triceratops, these movies captured something in me and never let go. Fast forward to 2018 and the franchise is still going strong with the release of Jurassic World: Fallen Kingdom and Frontier Developments’ latest business simulator, Jurassic World Evolution.

Available for PC, Xbox One and PlayStation 4, Jurassic World Evolution puts players in the role as the park manager of Las Cinco Muertes, the five deadly islands south of Costa Rica that just happen to be the perfect host for Jurassic World’s expansion. The objective, like in many business sims, is to build up these parks from scratch, make them profitable, and achieve a 5-star rating of excellence. To accomplish such a task, players need to create diverse dinosaur exhibits, build a variety of attractions to keep guests entertained, and somehow find the time to keep all three core divisions of Jurassic World happy so they won’t sabotage your operations like the infamous Dennis Nedry. With the guidance of familiar characters, including the return of Dr. Ian Malcolm (Played by Jeff Goldblum), Henry Wu and Owen Grady, players just might make up for the mistakes of John Hammond and find a way for this business to succeed where others have failed.

As with any Jurassic Park game, the stars of the show are undoubtedly the dinosaurs themselves. Spanning over 42 species, Jurassic World Evolution boasts an impressive range of herbivores and carnivores from across the films, each with their own personality and set of behaviours. Whether I was hatching a mighty T-Rex or the massive Brachiosaurus, I loved each and every second of seeing these creatures move and express themselves. Frontier has done a fantastic job at bringing the dinosaurs from the movies to life in Evolution. Every model is full of detail, each dinosaur comes with its iconic roars and players even get to personalize their creations by messing around with the dinosaurs existing genome to enhance their stats and appearance.

While they start out sweet enough, the true challenge of Jurassic World Evolution is keeping all of these prehistoric animals contained. While building a dinosaur enclosure players need to balance many elements, including the cage’s size and terrain, or they’ll soon be hearing alerts that carnivores are on the loose and feasting on their guests. To prevent these incidents, players need to build strong fences to keep their animals contained, but also satisfy their individual terrain needs. Every dinosaur needs a water source, but the difficulty comes in balancing the mix of forest and grasslands to make them set for life. Deny these basic needs and an enraged dinosaur is going to make a break for it.

The last aspect players need to look out for in Jurassic World Evolution are social and population levels. If it wasn’t obvious, carnivores and herbivores aren’t meant to coexist in a dinosaur theme park. The T-Rex and Velociraptors are just going to go on killing sprees till they’ve eaten every herbivore, and later their fellow meat eaters for territorial dominance. However, it’s the social aspect that I really had to pay attention to. By spending all my money early on to only hatch one Velociraptor I didn’t satisfy its pack needs for more members and through my park ecosystem out the window. Despite having a vast enclosure, this lone jerk was so displeased she broke out of every fence I threw at her and put my park so far in debt from injury lawsuits I was forced to restart my island. The same pack mentality can apply to herbivores as well, but thankfully they have some patience to spare.

The three divisions of science, entertainment and security in Jurassic World Evolution are a fun added twist to the business sim genre. Each has their respective goals, whether it be perfecting the dinosaur genome, adding new attractions for the guests to enjoy, or pushing the limits of the park’s security, and by helping complete their individual contracts players are rewarded with new fossil sites and tech to research. However, by completing contracts for only one of the divisions, players will quickly find their reputation in jeopardy with the others. The consequence for this behaviour is that anonymously one of the divisions will sabotage Jurassic World’s operations and cause a power outage. I like the concept of consequence, but Frontier should have been far harsher with the penalties or adjusted them with a difficulty setting. Fixing a power outage is child’s play during any stage of the game, but by releasing dinosaurs from their enclosures or stealing some of my most valuable fossils, now there is an urgency for the player to appease everyone equally so these kinds of events don’t happen.

The largest disappointment with Jurassic World Evolution is that when it comes to designing and managing your park, options feel severely limited, even with the included sandbox mode on Jurassic Park’s iconic first location, Isla Nublar. The first problem is that all of these islands are just so tiny. Despite their large scale overall, players only get access to what feels like a quarter of the entire island to build from, limiting the number of enclosures you can put in before the island is stuffed. Want to treat your guests to a wide variety of attractions, then I hope you’re satisfied with just viewing platforms and gyrospheres, instead of fun rides and attractions. The core of the problem is that guests simply don’t matter like they do in other classic business sims. Players can’t click on guests to see their likes or dislikes; we can’t even see where they’ve been or what they’ve purchased. The parks overall rating feels artificial because the only reason it’s rising is that the player has placed one of each building type, has made an equal assortment of docile and dangerous dinosaurs, and has managed to contain them all peacefully. There’s no variation to the builds or ways to customize buildings differently, they all just bleed into each other in different configurations.

In its current state Jurassic World Evolution is entertaining, but barebones as a business sim. Frontier has built a good enough foundation that I would still consider Evolution a great game for Jurassic Park fans if they wanted to purchase it immediately, or upon the release of Fallen Kingdom. It just needs the extra layers of updates and polish to really come into its own identity and stand out of the looming shadow of its predecessor, Jurassic Park: Operation Genesis. Where Frontier really got things right was the dinosaurs themselves, they are simply the best versions of these creatures in video games to date and their love for them really shows. Now they just need to widen the depth of the experience to get all audiences hooked on this Jurassic thrill ride.

In its current state Jurassic World Evolution is entertaining, but barebones as a business sim. Where Frontier really got things right was the dinosaurs themselves, they are simply the best versions of these prehistoric creatures in video games to date
REVIEW SCORE
7.5
File Under: Jurassic Park