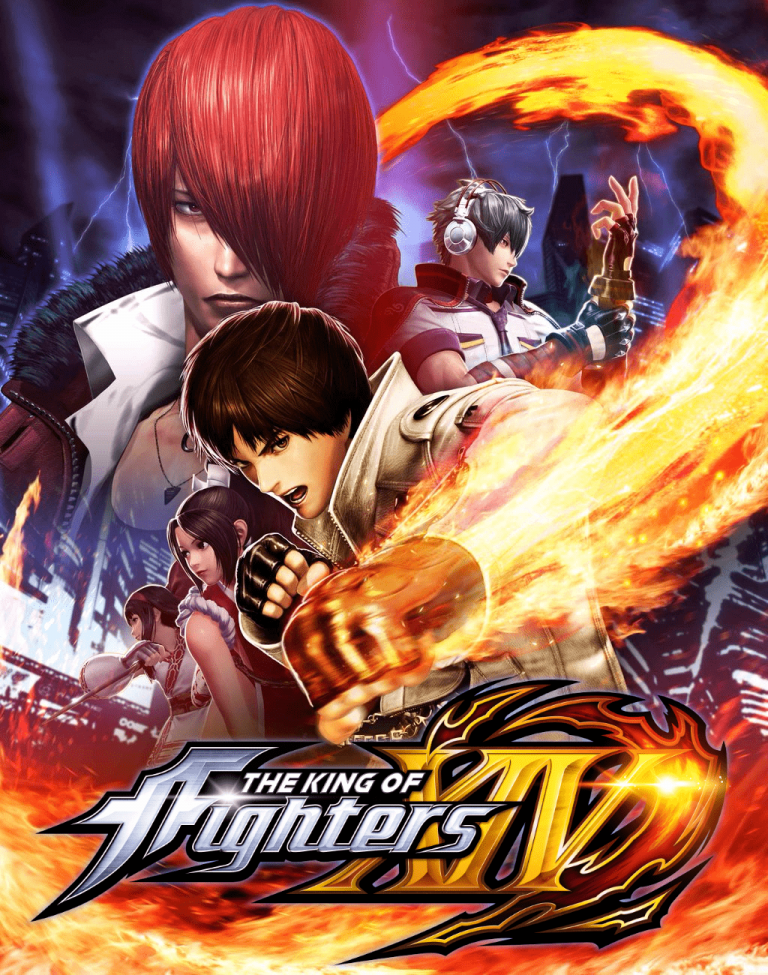 Unlike other recently released fight games (looking at you Street Fighter), The King of Fighters XIV manages to release as a full-fledged product with all the bells and whistles one would expect when buying a fighting game. In this package, you’ll find 50 characters to choose from each with unique play styles and moves, a story mode with 3D animated cut scenes, various multiplayer modes, training, and some challenge modes. While it isn’t perfect, it makes other fighting games on the market look like rip-offs with their lack of content and gross amounts of DLC.

This is the first time that a core King of Fighters game has been fully rendered in 3D (matches still play out on a 2D playing field like the other games in the series), though the graphics aren’t anything to write home about. By comparison to Street Fighter, they practically look last generation. Characters movements, animations, and stage backgrounds just aren’t as interesting or eye-catching, but that doesn’t mean this isn’t a solid fighter.

Combat in King of Fighters XIV feels snappy without being unwelcoming to newcomers. While button inputs for unleashing combos and special moves are pretty fast, there is a rush mechanic that is new to the series that will at least make casual players feel like they are doing something. If you’re able to land a series of low punches with any character, it will automatically do a small combo and end with a big move that makes you feel like you’re a real fighting game champion, that is until you go online and get obliterated.

Matches play out in a three-on-three team battle format, with no healing between rounds unlike most games with this kind of system. There is no tagging, so once you select your order of combatants at the start, you’re stuck with them until you win or they fall in battle. It is a nice change that sets King of Fighters XIV even further apart from the rest of the genre, and keeps it feeling fresh. For those looking for something a bit more traditional, there is also the option to have old school one on one fights.

I’ve only been able to dabble with the multiplayer a bit, but even when my opponent’s connection was not as strong as it could be, it didn’t seem to impact the gameplay at all. One annoyance was the tournament style mode I played had a large box that stayed over the right side of the screen with the name’s of myself and my opponent displayed, though I’m not sure if that is intended or a glitch, due to just how much of the screen it takes up. This box is transparent so it didn’t impact the matches but is still an eyesore that seems out of place.

The single player story mode consists of 10 matches and a boss fight, with a few conversations between fighters sprinkled in between matches as well as a couple of cut scenes. Calling it a story mode is kind of a stretch as there isn’t much content. The conversations do little to tell a narrative other than how the fighters feel towards each other, and the cut scenes are just of the current champion discussing the tournament. There are ending videos, but only for a select few fighters, and they are rather brief. While I appreciate the inclusion of the story mode, and did get a good chuckle out of the few cut scenes in The King of Fighters XIV, I just wish there was a bit more substance.

Despite the lackluster story, there are 50 characters available in The King of Fighters XIV that are quite diverse and come with plenty of fighting game tropes. You have the blonde dude with crazy hair, the old Chinese man with a beard, and a handsome Japanese guy wearing a headband with Japan’s flag on it. You also have a bit more zany characters such as a buff luchador dinosaur, a Freddy Kruger clone, and a Kyary Pamyu Pamyu lookalike that even says “Pon Pon Pon” (the artist’s most well-known hit). Suffice to say with so many characters available you’ll find a few you love that fit your playing style.

The cherry on top of this enjoyable package is the gallery filled with unlockable illustrations, sounds, background music, and movies. Movies are unlocked in story mode, artwork is unlocked by winning rounds in story mode, and the rest can be unlocked via other special requirements such as battling with a specific combination of characters. There are hundreds of things to unlock for those that care more about completion as well as competition, which will add some longevity to the game for some players.

While The King of Fighters XIV isn’t as glamorous or flashy as other games in the genre, it certainly has a ton of content that will please both casual players and competitive fighters alike. I have a feeling this might just be the go to title in the fighting game scene soon, but only time will tell. If so, it certainly isn’t a bad choice.

While The King of Fighters XIV isn't as flashy or good looking as other recently released fighters, it is jam packed with content by comparison having 50 characters playable on the disc.
REVIEW SCORE
8.5
File Under: fighting game, PlayStation