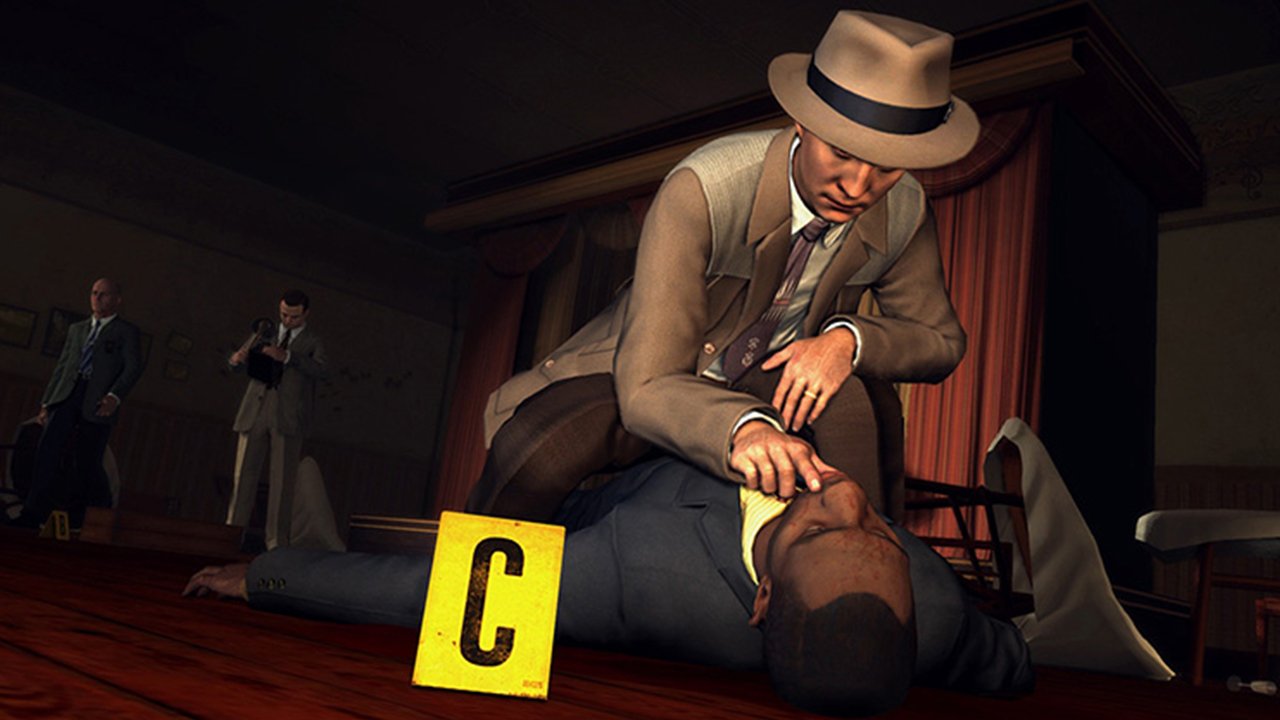 L.A. Noire may not have sold in big numbers when it was released in 2011, but it made a mark. Using what was at the time fairly ground-breaking motion capture technology for facial animations, the game was a milestone for allowing actors to become a vital part of the storytelling process in gaming. Sure the faces seemed creepily lifelike when slapped on the dated character models, but hey! It was something that we’d never seen before, which is a rare treat in gaming. The game maintained a cult following after its initial, somewhat lacklustre release. Enough so that Rockstar decided to slap a fresh coat of paint onto it for a re-release on the new generation of systems. The PS4 and Xbox One got extra prettiness, but today I’m talking up the Switch version, which includes quite a few bells n’ whistles to take advantage of all the toys that Nintendo’s gorgeous new system has to offer. It definitely improves an already pretty great game. How so? Well, that’s why you’re reading this review, silly! Keep going and I’ll tell ya.

First things first, time for a quick summary of the game itself. Rockstar finished development after Team Bondi died a tragic death during production and because they own the thing, that means it’s an open world crime tale. However, this one comes out of the vintage Hollywood genre of film noir. It’s a crackpot cop mystery in which you play as detective Cole Phelps (Aaron Stanton of Mad Men fame) who returns from serving in the war to use his new found skills as a detective. He’s a good and honest man and a stickler for the rules in a dirty town, uncovering everything from sordid Hollywood sex crime (now with even more resonance in 2017!) to dirty cops working alongside him. Essentially, it’s a collection of clichés and triumphs from the film noir genre gently combined into a single satisfying story, plus plenty of inconsequential sidequests because this is an open world game and all the DLC is tossed in.

The big mechanic that made L.A. Noire special was the interrogation. When you lined up suspects for cases, you’d have to stare them down and try to read the actor’s faces to determine if they were telling you the truth or dropping a big ol’ pile of BS in your lap. Sure, that means the actors generally do big shifty-eyed acting easy to pick up on, but it was a fun mechanic to read people rather than shoot them and the cast was so strong and the facial animation so impressive that it worked. It’s still a gameplay style unique to L.A. Noire as well, despite the years that have passed since release. Well, the interrogations are back and still satisfy. In fact, the digital refurbishing that Rockstar has plastered all over this new version means that the impressive facial animations no longer hang awkwardly on outdated bodies. They still stand out as more human than the rest, but it’s not as distracting or creepy. There’s also been a slight, yet important change to the interrogation choices. Previously the options were “truth,” “doubt,” and “accuse.” Sometimes that would be wonky as doubting would mean Detective Phelps would fly off the handle in inappropriate ways. Now, the options are “good cop,” “bad cop,” and “accuse.” A small change, but one that actually makes the behavioural choices feel more accurate.

All the graphics have been topped up for added sharpness, more populated areas in the open world Los Angeles, better lighting/weather effects, and far fewer distracting pop ups in driving scenes. Simple stuff that helps the game age far more gracefully. Obviously the big changes specific to The Switch are the implementation of motion and touchscreen controls. It’s still the same game, so they are literally tacked on. However, Rockstar did take the time to ensure that the new controls work well. The joycons can be used to manipulate the camera and aim for shooting, which is a nice touch well if you like that sort of thing and that’s entirely a matter of opinion (I do, but only to a point). Where it comes more in handy is in manipulating evidence with rumble to guide you towards a clue. This is a nice touch as are the other little bits of rumble added throughout for starting a car engine, climbing ladders, and other incidental actions. Again, it’s not necessary, but it’s a nice touch that adds a new level of immersion.

Where the game really shines on The Switch is in when you pull the system off the dock and go portable. First of all, the game looks absolutely gorgeous in 720p on the screen and it’s amazing that such a full and large game can now be played on the go with such ease. More importantly, Rockstar actually used the touch controls quite well. To a certain extent, the crime scene sequences play like old point and click adventure games, so guiding the detective or selecting which bloody stump to inspect works perfectly and is arguably even more intuitive than the original controls. Flipping through the evidence notebook is equally satisfying and there’s a nice pinch zoom option to narrow in on areas of the crime scenes that not only controls smoothly but is vital to find little bits of evidence tucked away on the small screen. Playing L.A. Noire portably on the Switch is a damn fine experience and Rockstar should be applauded for doing such a good job turning touch controls that could have felt like a lazy gimmick into something that actually adds to the experience.

In other words, this is a damn fine port of L.A. Noire. If you’ve never played the game before, this is the way to go. Most of the problems that plagued the original version have been addressed (well, aside from the clunky controls in the fight and shoot out sequences, which is a bummer) and the ways in which the title has been modified to take advantage of The Switch’s unique control options actually feel like more than a gimmick. For a six-year-old title, L.A. Noire holds up and is definitely worth investigating for any Switch owner who hasn’t played the game before or who wants to dive in again (all the DLC is included, if that’s an incentive for anyone who never bothered last time like…you know…me). More than anything else, it’s exciting to see Rockstar actually working with Nintendo again and embracing the possibilities of the system. Hopefully, this is the start of a beautiful friendship. If not, well…this’ll be a weird outlier worth embracing for Nintendo Nerds everywhere and proof that it’s actually possible to do something interesting with a remastered title for the system, provided that there are reasons to add touch and motion control bells and whistles. Now if you’ll excuse me, I’ve got to go take care of some more dirty crooks and dastardly dames. This big desert city won’t clear up itself, damnit!

Rockstar ports the underrated L.A. Noire over to The Switch and actually adds some interesting new control dynamics to the old title rather than just tossing on some gimmicks. That’s a good thing. 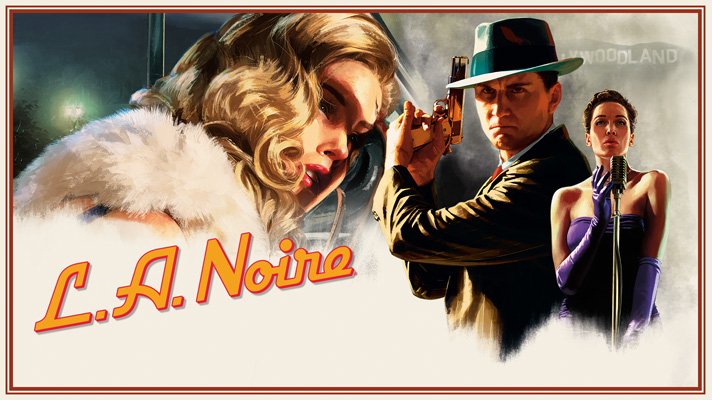