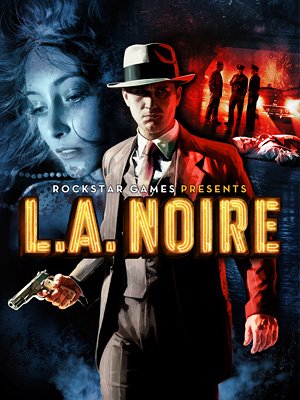 If there’s one thing that games haven’t done a whole lot of, it’s a good old fashioned murder mystery. In recent times, there have been titles like Heavy Rain and even the Phoenix Wright series on portables that have tackled the question “whodunit” but the genre is greatly outnumbered by games that prefer straight up shooting rather than bringing a criminal to justice. Now Team Bondi gives us a seedy, dark, cynical look at Los Angeles in the 40s, and the result is a game that, for various reasons, I would recommend to anyone looking for something different, mature though not necessarily polished to perfection.

Putting The Noir In Noire

The story of L.A. Noire is the highlight of the game, and the stuff classic gumshoe tales are spun from. Cole Phelps is a returning WWII officer, recipient of the Silver Star, and working the streets of Los Angeles as a beat cop. His ambition and relentless pursuit of justice catapult him out of a uniform and into a detective’s suit and fedora and he begins to tackle the mountain of crime, corruption and vice that has always been in Los Angeles. The story eventually pulls in threads from his own military past, twining things together in a poignant, believable way, but that’s best left to the players to discover for themselves. Suffice to say, it’s quite likely that the only game in 2011 that will give L.A. Noire a run for its money in the narrative department is Mass Effect 3. Writer and Director Brendan McNamara has achieved something both substantial and compelling with his loving tribute to film noir in interactive form.

In the graphics department, L.A. Noire is a mixed bag. First, let’s get the much touted facial capture technology out of the way. It is phenomenal, eliminating the Uncanny Valley problem entirely and creating an Uncanny Mountain where the realism of the faces makes the less detailed bodies and environments create the disconnect that gives players a sense of wrongness. It’s a necessary sacrifice that Bondi had to make in order to get the fidelity they wanted in the faces, but observant players will note that overall graphic quality is not at the same level as other AAA titles. Lighting is good, screen tearing is negligible, but the spectre of all that facial data rears its head in noticeable frame rate drops in crowded crime scenes, as well some pseudo-tearing effect on the faces during more emotional facial contortions.

On the audio side of things, the game would be pristine but for one glaring flaw. Dialog is delivered well and is likely to be the strongest acting this year in a game. The music is a revelation, with Rockstar once again doing due diligence and filling the radio station with the likes of period authentic artists like Ella Fitzgerald, Thelonius Monk and Billie Holiday, as well as some perfectly pitched original jazz compositions for the score. The sound effects are also great with some thundering bass really driving home the impact of heavier guns such as the Browning Automatic Rifle, and subtle surround effects when wandering around in a crime scene. The only significant letdown in audio is the occasional “lag” in dialog where speech can sometimes fall behind lip synching. It doesn’t happen often, but it’s distracting and immediately noticeable when it does.

Phoenix Wright In A Fedora

In many ways, this is not a Rockstar game that players will be familiar with. There’s cars, cover-based shooting and a large city, but the similarities stop there. You have a vast, frighteningly accurate vintage reproduction of Los Angeles, but it’s a linear game, so there’s little reason to explore the town outside of missions aside from a few optional item hunts and some side missions known as “street crimes.” You’re a cop, so obeying the law is paramount and running down civilians will impact your case assessment. You also can’t simply pull out your gun when you feel like it and go on a rampage. Phelps will only draw his weapon in pre-determined combat situations, so those expecting a typical, open world of anarchy are advised to stay far away.

The biggest surprise about L.A. Noire is that it’s not so much a detective game as it is an interrogation game. Players steer Phelps through his meteoric rise in the LAPD, cracking one case after another, but it’s not the kind of “detecting” that years of CSI and police procedural stories have groomed players to expect. Players are expected to gather clues from a crime scene, yes, but the clues themselves aren’t the end, they are merely a means to providing ammo for the heart and soul of the game; the suspect interview.

Because so much of the game’s budget has been thrown at the astounding facial capture technology, it is the interrogation that forms the cornerstone of gameplay. Players will sit down with a suspect or witness, ask from a fixed list of questions, and either get confessions or open new lines of inquiry by deciding whether an interviewee is telling the truth or lying. Once a response has been given to a question, players can carefully observe the suspect’s face—for admittedly obvious, broadly telegraphed—facial tics or other “tells” that indicate nervousness or deception. Players then have the option of deciding whether the suspect is telling the truth, whether a suspect’s answer is doubtful (but with a lack of evidence to push it further) or is a flat out lie with evidence in hand to point out the contradiction. It’s here where some “adventure game-y” logic can occasionally rear its head, with requirements for evidence to catch a lie having its own internal logic that doesn’t necessarily line up with conventional expectation. It’s also where things can feel repetitive, particularly during the stint in the homicide desk, where the structure of crime scene investigation + suspect interrogation wears thin, although later cases introduce more variety.

The only real disappointment in gameplay comes from the lack of actual detective work. In this sense, L.A. Noire’s only other contemporary, Heavy Rain manages to outperform it, with a broad variety of forensic investigations courtesy of its fictional “pocket crime lab” the ARI, whereas L.A. Noire limits most actual detective work to handing off evidence of trace information to either a coroner or the LAPD Research & Investigation department to let them give you more valuable suspect interrogation ammo. There’s no dusting of finger prints, ballistic analysis, or morgue work here, despite the more “hands on” nature of police work in this era. An inability to skip dialog scenes—a la BioWare games—also hurts the re-playability somewhat. But a bigger concern is the lack of a manual save, since the game is picky with its auto-saves and can reboot players back to the beginning of a case despite all the progress made before shutting the game off.

When all is said and done, L.A. Noire is a worthy purchase, and, despite some design choices, highly recommended. The story will pull players along, the characters are compelling, and when all cylinders are firing, you really do feel like a lone detective in a dark n’ dirty city. The entertainment value is there, it’s only let down by design issues that still don’t make a dent in one of the best stories of the year.

In the graphics department, L.A. Noire is a mixed bag. First, let’s get the much touted facial capture technology out of the way.
REVIEW SCORE
8
File Under: PlayStation, Rockstar Games, Sony