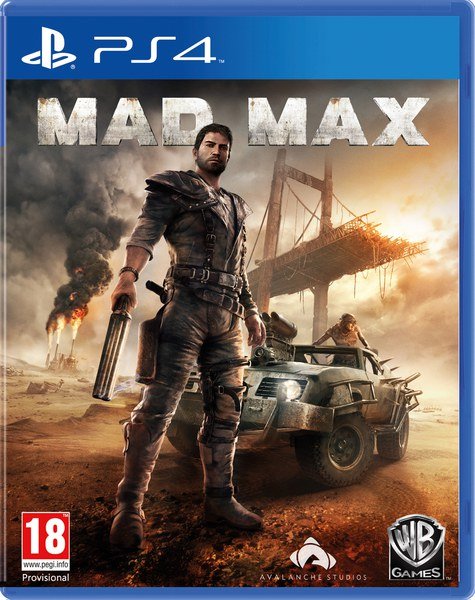 As far as film protagonists go, Mad Max may as well be a hero in an open-world game. He’s a man highly-skilled in the art of violence, but utters few words as he is coerced into doing the bidding of others; doing what needs to be done to survive and get by. Throw in a vast, desolate wasteland filled with fascinating characters and factions, and the series’ iconic car-combat, and it sounds like a recipe for success.

Despite this ripe fodder for videogame greatness, I err on the side of trepidation when anticipating licensed properties—especially when the developers bite off the grandness of an open-world, which is a genre with a number of common pitfalls. Remarkably, developers Avalanche Studios have managed to create a game that is true to its inspiration, while offering all the hallmarks of a AAA game, and delivering an open-world design that’s more coherent than most.

After a high-octane opening cutscene to set the stage, the player is cast into the role of Max as he’s left for dead, and his iconic car is stolen. He allies himself with Chumbucket, a hunchbacked mechanic on a religious quest to build an automobile capable of handling whatever the wasteland can throw at it, providing the narrative justification for story and gameplay elements that comprise the bulk of the adventure.

Few games match the protagonist’s motivations to the player’s as well as Mad Max does. The process of building this “Magnum Opus” happens in dribs and drabs as parts are acquired, providing constant visual and gameplay feedback as the project gains momentum. Initially, the story doesn’t seem overly interesting—Max is sent around a vast open world, striking up alliances with faction leaders to secure car parts, and the cutscenes are little more than context for the gameplay to follow.

The basic loop of the game bears a superficial resemblance to the Ubisoft open-world formula. The map is compartmentalized into little fiefdoms that contain “threat levels”, and it’s up to Max to clear out enemy bases, tear down their sniper nests and beacons, and hunt for collectibles and currency in roadside camps. Since every activity is in service of Max’s ultimate objective of building an unbeatable battle-wagon, and that progression happens in tangible increments, it seems more self-motivated than the typical chores and padding found in its genre peers.

The car-combat is hugely satisfying, with high-speed battles involving ramming, harpoons, explosive projectiles, and even jets of flame. The physics system is fantastic, lending the vehicles a dangerous sense of heft, and the environment is dense with detail; pebbles will cause your car to lose traction, neglected roads undulate uncooperatively, and heavy rocks will become dislodged from the terrain as you’re bashed against them. The complexity of these encounters ramps up throughout the adventure as Max takes on large convoys that are laden down with armour that needs to be picked apart before the enemies can be decommissioned. Despite dozens of encounters, the satisfaction of reducing enemies into explosive detritus never waned.

Once Max gets out of the car, the excitement abates somewhat. The combat is mostly competent, cribbing the strike, counter, evade mechanisms that Arkham Asylum popularized, but with less acrobatic flair, and more pragmatic violence. The game does a commendable job of mixing up the visual varieties of enemies, and continues to introduce pattern quirks up until the very end, but success relies more on reacting to button-prompts than any real skill mastery. Many of these encounters take place in enemy compounds that task the player with solving the same few “puzzles” over and over. Too much time is spent hunting for a valve to turn off the wall of flame, inspecting nooks-and-crannies to find the collectible requested by the quest-giver, or getting turned around in identikit corridors made of corrugated rust.

In between missions, the player is encouraged to explore locations to scavenge for scrap and provisions, which typically involves finding the centre-point of a designated zone, and moving outwards in concentric circles to pick everything up until a green checkmark appears. Early on, it seems appropriate that Max would hunt in the dirt for scrap, eating maggots and dog-food to survive, but it grows wearisome long before the ally-camp system provides a mechanism to bypass this scrabbling. This feature is welcome, but undermined by the fact that Max must run variants of the errands at different camps for the same benefits.

One Man Can Make a Difference

Confoundingly, some of the game’s most elaborate set-pieces and memorable environments are hoarded until the last few chapters of the story. Players who get turned off by the mid-game fetch-quests will miss out on some genuinely surprising story moments and clever mission design. The story managed to be true to the internal consistency of the world in a way that managed to shock me for its dismissal of videogame tropes. Max is his own character, and while we as the player are along for every step of the ride, we’re not expected to agree with his choices, or even enjoy watching them play out. It’s almost a shame that players will need to invest some 30 hours to see the ending, since I found it particularly brave in its unwillingness to grant catharsis, and taking measures to disabuse the notion that Max himself is a hero, despite his deeds.

It’s possible that with some careful editing to prune away the cruft, signposting the player towards an optimal progression path, and a few tweaks for pacing, Mad Max could have been an essential addition to this generation’s library. For those with a tolerance for some tedium, there’s more than enough brilliant moments and great gameplay to be had, and a beautifully crafted apocalypse to explore.

Avalanche Studios have managed to create a game that is true to its inspiration, while offering all the hallmarks of a AAA game.
REVIEW SCORE
7.5
File Under: Mad Max, Open World, Wasteland