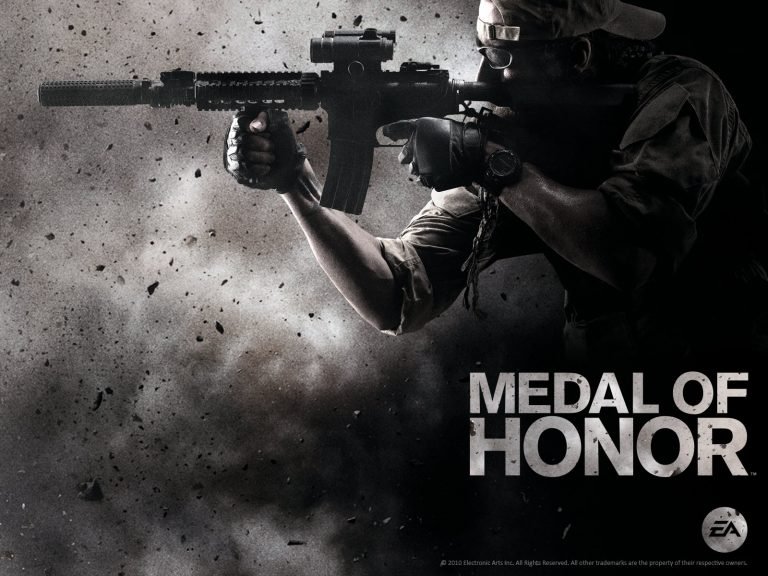 Video games have a tendency to glorify war.  No military conflict is ever won by a single man, yet there are countless games that depict real-world conflicts being solved by a single soldier. Medal of Honor doesn’t solve this problem, but it comes closer to realism than a majority of modern shooter

It’s not hard to find an FPS title loosely inspired by a real-world conflict, but most games choose battles that have had at least a little time to settle. Medal of Honor puts players in control of a SpecOps group operating in Afghanistan against the Taliban. The narrative actively makes reference to events like September 11th and while the conflict has quieted some there are still people dying because of it daily.

This will be discomforting to some players, others might even call it morbid or distasteful. Interpretation is entirely up to the individual player but there is no denying that Medal of Honor, by sheer virtue of subject matter, is a much more emotional experience than the fictions other games put forward. It’s a lot to ask of some players, but those who can stomach the content will have a lot to think about war, death, and what it means to be a soldier.

Gameplay reflects this concept; players can’t charge through the battlefield and destroy everything in sight. Medal of Honor requires a slower, more methodical cover-to-cover pacing with players making every shot count. Because of this, kills feel more real and there’s a greater sense of accomplishment with each headshot.

The game struggles to carry that feeling though. There are spectacle moments in the campaign where the player will have to call in an airstrike or mortar fire, but this amounts to looking at predetermined area and pulling a trigger. It doesn’t feel special or like it matters because there is no risk or challenge in doing so. Here there is no satisfaction, just one-button progression.

Medal of Honor routinely does this though, to the point where it becomes a problem. Control is taken away from the player too frequently in an age of immersion. Every cutscene takes camera control away from the player; you have to look at what they want you, which seems bizarre in a post Half-Life world. Through this lack of player control, the game constantly wants to give the player the best possible experience but it’s often a case of good intentions and a huge sacrifice to immersion.

Too frequently players will be jostled out of the experience by things like fixed camera Invisible walls, invincible cutscene-relevant enemies, and obviously rendered surprise destructions all add to the frequent reminder that you’re just playing a video game. Despite being founded on a really immersive combat system, the rest of the game tries just as hard to undo everything it set up.

There are a few shining moments in the narrative though, where you can really feel there’s really something special about the game. There are moments where you’re not sure if everything is going to be okay, and moments where you really feel the wall against your back. The cutscenes do a good job of showing the horrors of war from a distanced view, but the structure of the levels themselves let the player feel the fear of being surrounded by people trying to kill you.

Medal of Honor’s campaign had so much potential and you can see glimpses of what it could have achieved. Ultimately though, it’s a slightly better than average experience at best. If it’s remembered for anything, the use of real-world objectives and references will live in infamy far beyond memory of the actual game itself.

Developed by an entirely different team than the single player component of the game, Medal of Honor’s multiplayer can feel like a disjointed experience at time The fluidity of movement found in the single player is not present in the multi; removing player’s ability to slide in to cover and go prone makes the game feel dramatically different, and that’s just the movement.

Unlike the single player where combat is frequently about slowly pushing forward from cover to cover, the best strategy in multiplayer is to sit back and pop enemies off from a distance. Almost every shot is lethal, so all it takes is one bullet to drop an enemy. Some might call it realistic, others might call it camping.

Of the three available classes, Sniper is the only one worth getting good at. Most of the levels are designed with long stretches of empty space which might as well be minefields for players who like their action up close and personal. There are a few routes for the SpecOps and Rifleman classes to take where they aren’t as out in the open, but these corridors get so routinely bombarded with mortar fire it’s just as dangerou

The game features very few maps and even fewer game modes, so players should get used to repetition and there are no options in the class skill trees, making things incredibly linear. Medal of Honor doesn’t offer a deep player experience for the multiplayer at all with no room for customization and thus little personal investment in your ascension of the rank

Those who love sniper duels will have a blast with the Medal of Honor multiplayer, but pretty much everyone else will find it frustrating. It’s a more realistic approach to modern combat, but it just proves there’s a reason we accept so much fantasy in our war games; it’s just more fun that way.

As it stands, Medal of Honor’s multiplayer feels like a stifled, half-finished project. When compared to other multiplayer experiences, it just feels too basic and doesn’t have the depth to keep players satisfied for long. EA has announced some free DLC for those who purchased the game new, which will help keep the experience fresh, but it will take a lot more than a single map pack to float the game for long.

Medal of Honor doesn’t offer a deep player experience for the multiplayer at all with no room for customization and thus little personal investment in your ascension of the ranks.
REVIEW SCORE
6
File Under: First Person, Microsoft, Multiplayer, Shooter, Xbox