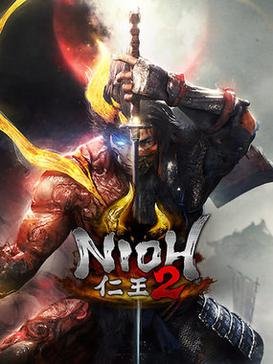 I thoroughly enjoyed the first Nioh, as you can see by re-reading my review of the game here. I also thoroughly enjoyed Sekiro, as you can see here. My issue going into Nioh 2, unfortunately, was that those two titles have quite a bit of overlap in my brain and having to both un-learn and re-learn rather deep and complex mechanics took a minute to get a handle on again.

On the plus side, Nioh 2 brings a hell of a lot to the table for ARPG fans, expanding and polishing the systems from the first title and adding several more—but that does come with a rather steep learning curve for those who haven’t played the original, or at least haven’t played it in a while. You’ll still be spending your time hacking, slashing, and chopping away at various Yokai and Japanese goons, but you’ll be doing so using an intricate combat system and a complicated loot/item/gear/upgrade system that’s somehow more byzantine and intimidating than the first game. However, it’s still arguably the tightest ARPG on the market and offers far more variety in builds and approach (as well as a pretty kick-ass character customization option, thank you for listening dev team) than Sekiro.

First up, and easily the biggest change from the first game is the departure of living weapons and the arrival of Yokai Shift. It’s a similar mechanic, whereby you choose a spirit to invoke, fill up your meter, hit a combo of buttons and boom, you’re a glowing neon demon that packs a punch. Rather than taking damage or using stamina however, everything is combined into one handy bar that runs down as you attack, use your powers, get hurt, or dodge. There is an entire upgrade tree dedicated to this mode, allowing you to alter the various statistics as you see fit—things like lowering the cost for dodging or providing more amrita per hit for example.

Also present are Yokai Skills, which are gained by purifying “soul cores” dropped by enemies. You can attune (equip) multiple cores to your guardian spirit. These powers can be used outside of Yokai Shift, but deplete your Anima bar, which can be re-filled by attacking enemies. Basically if you fight a Yokai that has a really cool special attack, chances are you will eventually kill one and get a soul core that allows you to perform that attack. Each soul core has various stats and substats, like other equipment in the game, so you’ll constantly be swapping them around to get better bonuses. This has the added advantage of essentially forcing you to experiment with all the different skills so you don’t get trapped into using the same attack for the entire game.

Most importantly, however, is the “burst counter”, a mechanic that will be your primary means of inflicting heavy damage on bosses and tougher Yokai. Essentially, the burst counter is special move that momentarily transforms you into Yokai Shift mode, and depending on which spirit you’re channelling can be a block, attack, or dodge. These moves are meant to be used specifically when the enemy is preparing for a devastating attack, telegraphed by a swirling red energy. Most of the boss fights during my playthrough boiled down to hit and run tactics to lower the enemy’s Ki until they launch a “burst” attack, then I’d snap hard, blast away a ton of their Ki, and get a few attacks in. I personally found the Feral “dash” counter to be my favourite, but of course, your mileage may vary, as that one is typically trickier to pull off successfully—it all depends on if you prefer speed over strength.

The skill system in Nioh 2 has been completely revamped and features individual trees for each weapon variety along with paths for Samurai, Ninja, Onmyo, and Shiftling skills. This is something I’m really stoked on because I adore the meta for games like this when players start experimenting and crafting all sorts of unique builds, ensuring healthy replay value while avoiding stagnation. There is a lot to unpack here and it will be cool to see what kinda of whacky or broken builds the community will come up with down the road.

As far as performance goes, I have to hand it to the devs for making this experience smooth as hell on very outdated hardware. I reviewed the title on a PlayStation 4, and while it did cause the console to sound like a rocket taking off, the game (in action mode) ran at a fantastic framerate, menus weren’t laggy (looking at you Borderlands), and loading was a snap. The latter is honestly what impressed me most, as with games in this particular genre, dying and restarting happens frequently—to say the least—, and with Nioh 2 I barely had time to pick my phone up before everything would be loaded and ready to go. The graphics won’t blow anyone away on the OG PlayStation 4, but the fact the game runs as well as it does on hardware from 2015 is pretty impressive.

If I had one complaint with my game as it is so far, it’s that the levels—for the most part—are rather linear. I think there’s a lot to be gained from avoiding the crutch of an open-world and spending the time to craft a tighter, better-planned experience for the player, but it does come with drawbacks. I definitely found myself sprinting from shrine to shrine until I got to the boss of each level, working my way backwards to grind for items and better stats if I needed to or simply fighting the boss and moving on. It made the discovery aspect of exploring new areas a little less exciting than other titles. Along with that, enemy types have seen an increase in variety and the bosses can be pretty creative, and the Yokai have a great deal more imagination in both their aesthetic and their combat approach this time around, but it definitely feels very familiar.

Nioh 2 isn’t reinventing the wheel, but it’s certainly perfecting it. With several new systems layered on top of an already solid base, this is a sequel that improves on the original in nearly every way. There are aspects from the first game that carries over that people weren’t overly excited about the first time around, but if this type of game is your jam, that won’t really bother you, because what it does well, it does better than pretty much any other title on the market. It’ll be easy to sink a lot of hours into this title, exploring the mechanics and truly perfecting those Samurai/Ninja/Demon skills.

Nioh 2 takes a solid foundation and improves upon it in nearly every way with more weapons, more skills, and a whole new approach to Guardian Spirits.
REVIEW SCORE
8
File Under: Dark Souls, Nioh