A Blast of Cold Metal and Warm Fuzzies 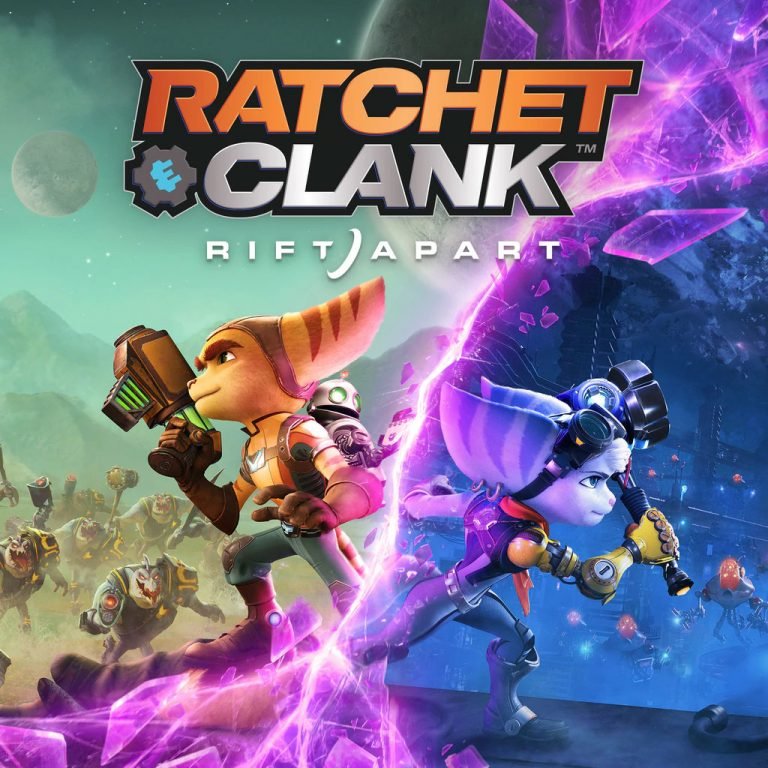 I remember my first experience with the Ratchet & Clank series, back on the PlayStation 3 with the release of the Ratchet & Clank Collection that collected the PlayStation 2 games on a single Blu-ray disc. Despite wanting to play the games only to try the then-brand-new gimmick of glasses enabled 3D graphics, I thoroughly enjoyed my time with the collection, specifically the first game in the series.

Flash forward to earlier this year with Insomniac releasing a PlayStation 5 patch for their PlayStation 4 Ratchet & Clank 2016 reboot movie-tie-in game — which for many, including myself, was the perfect opportunity to jump back into the series in preparation for Rift Apart.

Ratchet & Clank 2016 left me feeling optimistic about the series as a whole, if not a little worried that Insomniac would be playing it safe by continuing to reimagine some of the legacy titles in the franchise. Thankfully, Ratchet & Clank: Rift Apart is not a direct sequel to the 2016 game; instead, it is more closely tied to the Future series of games that began life on PlayStation 3 in 2007, with Ratchet & Clank Future: Tools of Destruction.

Those who missed out on those games and are worried about not fully understanding the plot of Rift Apart can rest assured in knowing that Ratchet & Clank: Rift Apart takes place years after the events of the last Future game and feels wholly original. Aside from a few nods here and there to past characters that feel more like fan service for longtime fans rather than crucial elements that add to the overall narrative.

“Fun while never overstaying their welcome…”

Ratchet & Clank: Rift Apart, as the name may suggest, begins with the titular heroes getting separated after an incident that causes dimensional anomalies throughout the universe, which ultimately leads Ratchet and Clank to team up with their dimensional counterparts, Rivet and Kit, to fix the ensuing chaos.

Ratchet & Clank: Rift Apart is split into nine distinct planets/levels that are equally shared between Ratchet and Rivet if you include the opening and ending sequence of the game. Additionally, taking a page from Peter Parker’s comic book, brand new hacking sequences are introduced in the game, in which the player controls a new side character known as Glitch, a spider-like nanobot equipped with her own guns and gadgets in micro levels that feel fun while never overstaying their welcome thanks to charming dialogue and fun topsy-turvy level design.

Clank levels also make a comeback, which in Rift Apart takes the form of Lemmings-like puzzle rooms. The player must guide instances of Clank to the exit by manipulating orbs that control the physics of the space and other elements such as powering on and off objects in the environment accordingly.

Like Ratchet & Clank 2016, both Glitch and Clank sequences are skippable, but unlike the former entry into the series, Rift Apart’s side content feels fun and engaging while distinct enough to spice things up between the more typical Ratchet and Rivet levels. Rivet and Kit, Ratchet & Clank’s dimensional counterparts go beyond a mere gender-bending model swap, at least when it comes to their identities, with Rivet embellishing her Rosie the Riveter inspired design in a character that feels strong-willed and fierce. In contrast, Kit like Clank, feels meek but determined, making her more than just a compliment to Clank.

“Families, specifically those with children, even those who may not be familiar with the series, will likely enjoy their time with Rift Apart”

Families, specifically those with children, even those who may not be familiar with the series, will likely enjoy their time with Rift Apart, with each level feeling just long enough and complete to encourage sharing the controller and getting everyone engaged in the family-friendly title, particularly among siblings who can choose between Ratchet and Rivet levels.

One aspect of the game that genuinely surprised me during my playthrough was how smooth Rift Apart felt during gameplay, even at 30FPS. I was initially disappointed that the promised 60FPS performance mode would only become available closer to the day one patch; however, after playing the game for myself, I personally prefer it over the performance RT mode. The game looks absolutely stunning on my OLED display, without compromising its responsiveness and fluidity outside of rare instances during late-game encounters but nothing debilitating to gameplay.

For those who want the best performance without compromising too much on the bells and whistles can enjoy Rift Apart in its Performance RT mode, which like Spider-Man Miles Morales, delivers similar results with what is likely temporal injection techniques. Overall, I have to recommend playing Ratchet & Clank: Rift Apart in this Performance RT mode as it offers the most consistent experience while still showcasing the numerous shiny and metallic surfaces of the game world brought to life thanks to the raytracing implementation.

Ratchet & Clank as a series has been compared to Pixar movies in the past — however, Ratchet & Clank: Rift Apart truly shines in this regard (literally with RT enabled). Delivering a cinematic-like experience, Rift Apart raises the bar and sets the new standard games should strive for going forward in terms of its overall presentation and attention to detail.

In-game cutscenes are rendered in-engine, yet they look so good I was only sure of this fact on a secondary playthrough after unlocking numerous costumes and modifiers that change the in-game model present during cutscenes. Speaking of costumes, Rift Apart is rife with unlockables, taking a page right out of Spider-Man and Miles Morales, players can look forward to earning armour pieces by completing bonus pocket dimensions and challenge rooms.

Gold Bolts make a return as well, in addition to a new CraiggerBear collectable which immortalizes and pays homage to Insominic’s own Craig Goodman, a long time artist who sadly passed away in 2019.

Gameplay largely feels consistent and unchanged from previous entries into the series, with the exception of the Rift mechanic, which not only highlights the power of the PlayStation 5’s SSD but helps bring the game world to life by never interrupting the flow of gameplay, particularly during encounters with bosses that often change the playing field by literally transporting the player to a new area without ever missing a beat.

Of course for many, the meat and potatoes of any good Ratchet & Clank title are its available catalogue of weapons, an area in which Rift Apart does not disappoint.

With over a dozen weapons, ranging from classics such as the Shatterblast bomb glove to new novelty weapons like the Toxiary, which transforms enemies into topiary works of art reminiscent of the film Annihilation, there is something for everyone with each weapon serving its utility during the 15-20 hour campaign that makes up Rift Apart.

Dualsense haptics are used in great effect in Rift Apart, from making most weapons feel distinct to subtly increasing the vibration feedback in relation to the scene being rendered, such as when approaching Club Nefarious during the early opening hours of the game.

With over a dozen games in the long-running series, ratchet & clank: rift apart still manages to feel fresh and exciting, taking full advantage of the playstation 5 by delivering what, for many, may be their first taste at a definitive next-gen feeling game for the still-budding platform.
REVIEW SCORE
9
Buy On Amazon
File Under: Game of the Year 2021, Insomniac Games, PlayStation 5, Ratchet & Clank, Sony