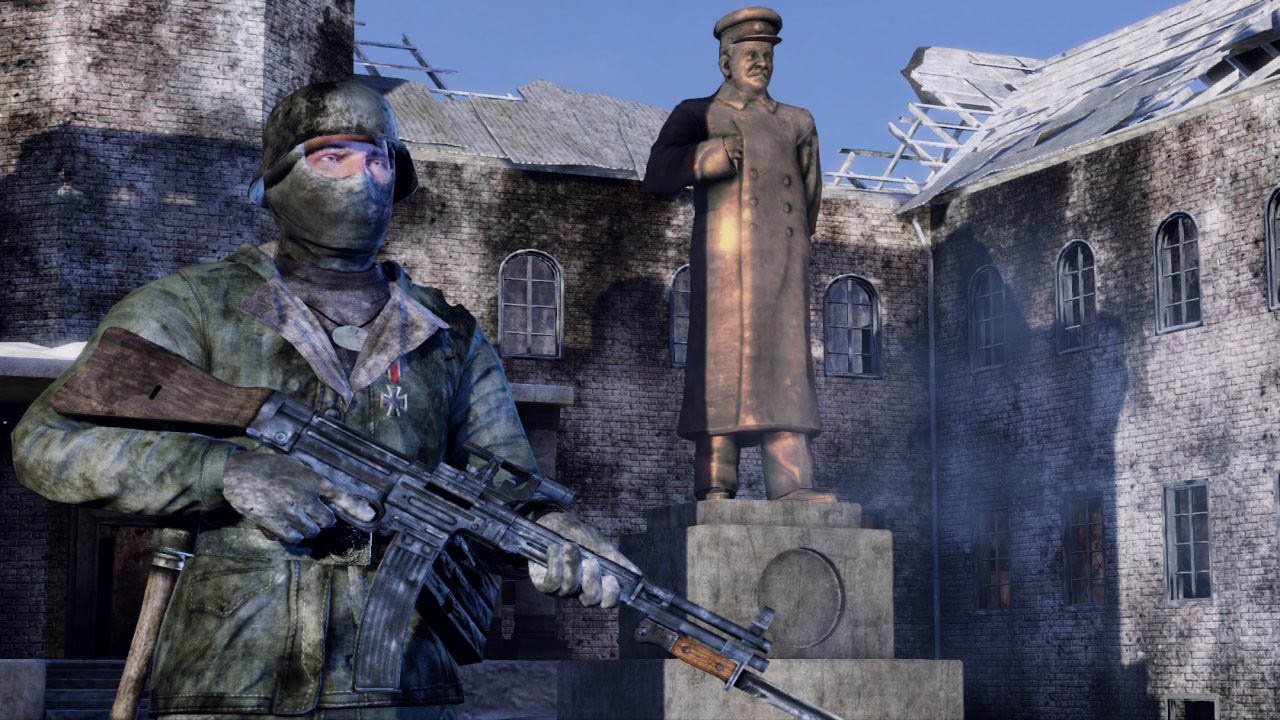 The WWII fad is long gone. It used to be you couldn’t walk two feet in a game store without coming across some type of game set during one of the darkest periods of human history.  Now, most developers have moved onto the greener pastures of “Modern Warfare”. As with any fad, there is a point where everyone’s into it, but once the dust clears and people move on, it’s only the hardcore who remain. Hardcore people like those employed at Tripwire Interactive. These developers eat, sleep and breathe WWII, so it’s no surprise that Tripwire has created on of the best simulations of mid-20th century combat ever seen on a PC. Kids, this isn’t Call of Duty and it sure ain’t Battlefield, this is what real warfare was like. This is Red Orchestra 2: Heroes of Stalingrad.

Red Orchestra 2 covers both the German and Soviet side of what is popularly know as The Battle of Stalingrad. Taking place over about a three-month period, from September to November of 1942, the German offensive and Soviet defense are represented in the two campaigns found in the game’s singleplayer mode. I appreciate that Tripwire has decided to focus specifically on a single battle rather than the whole war. WWII was a massive conflict involving many campaigns, and I feel that most games set during this time period are far too ambitious. By focusing on a single battle, Tripwire has provided an extremely polished and realistic version of this historically bloody battle.

As I mentioned, this isn’t an arcade shooter, so don’t expect to have idiot-proof weapons. Red Orchestra 2 features realistic ballistics and bullet penetration. You will have to work for every kill, but each one will be satisfying. There’s also something special about filling an enemy with bullets from your machine gun as he attempts to hide behind a wall. Alas, you won’t find any destructible environments here, but that’s because by the time the German offensive began most of Stalingrad had already been reduced to rubble, so destructibility would have been a moot point. Therefore, I respect the design decision to keep this feature out of the game.

To compensate, Tripwire has provided some of the best looking rubble I’ve ever seen. The levels, which take place all over the city of Stalingrad, all look fantastic, especially the Grain Elevator stage. Not only does the Grain Elevator and its surrounding structure look incredibly detailed and accurate, but the level itself allows for some of the most intense defense and furious assaults I have ever had the pleasure of playing.

Some things that surprisingly impress me about this game are the voice acting and the distinctive tone of each of the campaigns. The German campaign is narrated by a nameless commander who gives you your briefing before each mission. In addition to the briefing, with his perfect English with a German accent, he also provides you with your context for the battle about to come. He often speaks of honor, pride and getting his troops home for a nice, warm Christmas. The Soviet campaign, on the other hand, has a much different tone. It’s one of betrayal, endurance and a vehement defense of the Motherland. While the German narration provides a somber tone, the Soviet campaign provides a much angrier and aggressive one. One of the best parts of each campaign is how each chapter of the campaign is closed. This is done by another disembodied voice, but this time it often reads poetry or diary entries from actual soldiers on both side of the conflict. While the campaign is a short one, but it’s also well-executed and feels very satisfying upon its conclusion, regardless of which side you are playing on. They may be short, but the Soviet and German campaigns effectively convey the tone and sacrifice made by both sides of this violent and hard-fought battle, which turned out to be a significant turning point in the war.

You know the first five seconds of a mission or match, where you’re feeling really enthusiastic and can’t wait to get out there and kill whatever you’re supposed to kill? Red Orchestra 2 sets you up feeling just like that, only to completely strip it away with the harsh, terrifying reality of war. As you and your fellow soldiers begin your mission, it won’t take long for that initial charge of adrenaline to be interrupted with the tell-tale whistle of artillery shells, the pops of gunfire, and the cries of your comrades. I couldn’t get over the cries for help. As you play, obviously some of your AI-controlled squadmates won’t make it to the end, and if they don’t, they may cry out or curse their killer’s name. This added layer of realism really got to me. I would often look around for fallen mates to see if I could help. Sadly, I never could.

Another appreciated layer of realism found in Red Orchestra 2 is the tanks. You can’t just drive a tank in Red Orchestra 2. Well, you can, if you happen to be in the driver’s seat, but chances are you’ll be commanding the tank rather than steering it. Typically in games, you jump in a tank, and it’s just like being yourself with a big gun and armor. In Red Orchestra 2, tanks begin with a crew of four soldiers: a driver, a commander, a loader, and a gunner. You, as the player, can take over any of these roles, and if your crewmates are still alive they will take on the others. All except that of the commander; it appeared that the command role is left up to you, the player. While manning a tank, it’s frustrating not to be able to see the battlefield, but hey, that’s the way it was. Plus, there are controls that will allow you to unbutton completely and stick your head out for a better view. As you roll around the battlefield, you’re going to take some hits, and sometimes a round might get through the armor and take out one of your crew. Well, it’s up to you to climb through the tank and take his place. Literally! You crawl through the tank and take his bloodstained seat, a wonderfully realistic feature that not only welcome in a game such as this, but actually appreciated.

There are a few issues I have with the game, mostly in the display department. There is a potentially game-breaking glitch which can dramatically unbalance multiplayer. Let me explain: during a mission, I was covering my squad from the back with a sniper rifle. The Germans were holed up in a church about 300 yards down-range from my position. Between the road and the church was a large concrete wall. This wall was damaged in places, but for most of its length it was at least eight feet high, and thus high enough to completely conceal any Germans lurking behind it. However, I knew where every soldier was because their silhouettes were visible to me. I could basically see where the soldiers were, because their shadows were visible through the wall. The ramifications of such a glitch might not be obvious at first, but this is a game about keeping your head down and picking your shots carefully. It’s rather unfair if a player can see through walls. I know it’s specific, but I mention it to draw attention to it, because it needs to be fixed or Tripwire will have a lot of angry shooter fans on their hands. Also, it kind of kills the realism when I suddenly develop x-ray vision. I also noticed some flickering backgrounds from time to time. This is more of a distraction than a game-breaker, and it never happened during the core gameplay, just the tutorial.

Despite some really odd display bugs, I really enjoyed Red Orchestra 2: Heroes of Stalingrad. Tripwire has created a fine simulation, and should be proud of their attention to detail and dedication to this product. It really shows that this developer not only cares about the games they make, but that they also care about how one of histories greatest conflicts and largest loss of life is portrayed.

Red Orchestra 2: Heroes of Stalingard covers both the German and Soviet side of what is popularly know as The Battle of Stalingrad. 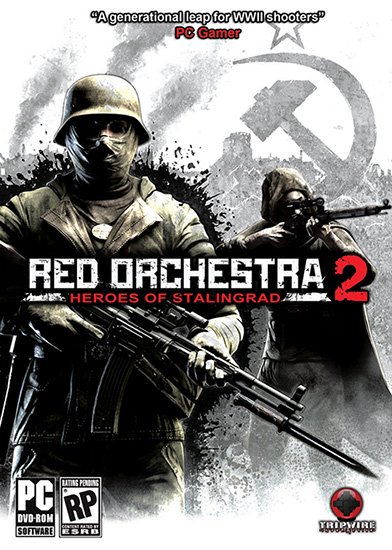