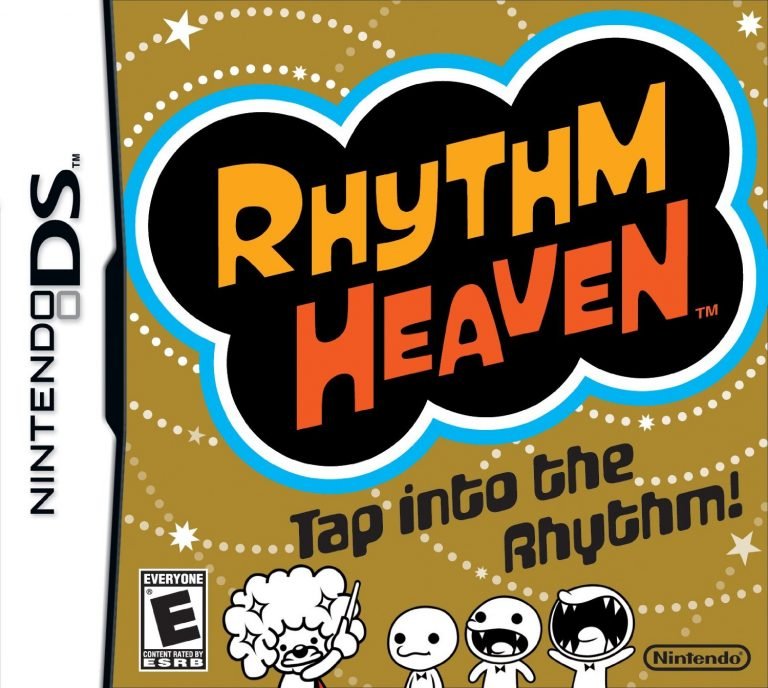 Rhythm Heaven is a first party Nintendo IP that has been around since 2009, spanning over four games across four different consoles, yet I imagine most gamers wouldn’t be able to tell you the first thing about it. Heck, I’m a huge fan of Nintendo’s IPs and I haven’t done more than sample the series until now, but that’s okay because Rhythm Heaven Megamix combines all of the best parts of the old games into one colourful, over the top, portable mega mix.

For the uninitiated, Rhythm Heaven Megamix is a like a combination of a music game and a WarioWare game. That is to say, it is a series of short, extremely random mini-games that has you pressing only a couple of buttons to complete, with each game only lasting a two or three minutes tops. Unlike most games in the music genre, you won’t find an easy-to-follow icon letting you know when to press buttons, instead, you’ll have to time your button presses to the music and zany visuals on the top screen. The bottom screen serves only to let you know whether or not those button presses were on time.

The fact that there is no guide will surely turn some off, as it makes Rhythm Heaven Megamix far more difficult than most music games I’ve played. On top of that, the timing required to hit notes perfectly demands the most precision I’ve ever encountered. I rarely found myself hitting notes precisely when intended, and I’m a seasoned veteran of the genre. While hitting notes slightly early or late still count, it provides fewer points—meaning you may fail the game. Unfortunately, there is no way to tell while playing if you’re going to pass or not until the game is over, which means repeating the entire mini-game instead of quickly choosing to restart and save yourself time, though the option to restart is there.

I’m a huge fan of over the top Japanese influenced games, and this is peak zaniness. Rhythm Heaven Megamix is the first game in the series to have an actual storyline. It is centred on helping a boy get back to his home in the sky (known as Heaven World). Along the way, you’ll help an eccentric cast of characters by helping them get their flow back. These characters include a bear in a bee outfit, a man with a car on his head, and a person obsessed with donuts that he constantly calls handsome. While the humour stays family friendly, it does skirt closely to uncomfortable adult themes and I love it for that.

The minigames themselves are almost always weird or humorous, with levels that feature a bunch of cat men wearing undershirts who watch you chop wood as a hunky bear, plucking hairs from an onion’s chin, and shaking your booty as a frog backup dancer. The games themselves all look quite different from one another, which keeps the experience feeling fresh throughout even if the basic gameplay is hitting the A button with the correct timing.

For $29.99 there is a ton of content here. Not only do you get a huge collection of minigames from the series past, but there is also a story mode with multiple endings, a cafe with collectible items and minigames, as well as a multiplayer and challenge mode. Everything can be unlocked with in-game currency; no microtransactions to be found here. Completionists will get many hours out of Rhythm Heaven Megamix, though some may be frustrated attempting 100 percent completion because you’ll be tasked with perfecting the minigames, something I have yet to do a single time.

While the difficulty may turn some off, I found the overall experience to be satisfying and best played in short bursts instead of long sessions, which is the perfect kind of game for the aging Nintendo 3DS. Easily recommended for fans of the rhythm genre and newcomers to the series alike.

Rhythm Heaven Megamix is a bright, colourful collection of zany rhythm-based minigames for the 3DS that is easily recommendable to fans of the genre and newcomers to the series.
REVIEW SCORE
9
File Under: Nintendo, Nintendo 3DS, rhythm