The ties that bond 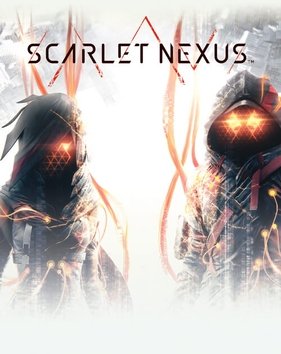 I’ll get right down to it; Scarlet Nexus is the Sci-Fi Action JRPG that I have been craving since Astral Chain.

As someone who mains an Xbox Series X and dabbles in PlayStation but doesn’t own a Nintendo Switch, I completely missed out on Platinum Game’s 2019 Switch-exclusive sleeper hit and its anime-cyberpunk leanings. I never played it, but I dug just about everything I heard and saw about it, and even though it was published by Nintendo I still clung for an entire year to the desperate hope that the game would somehow make its way to one of the two consoles that I owned.  That is, until Bandai Namco revealed Scarlet Nexus to the world during the Xbox Series X Game Reveal Showcase in May of 2020 and made me forget all about that nearly two-year-old game.

Brought to us by the same team behind the Tales of series of RPGs, Scarlet Nexus coincidentally draws on some of the same basic plot elements found in Astral Chain, such as powerful demons pouring into the human world via a mysterious rift, and the optional male or female protagonist of the game belonging to a special task force created to deal with these otherworldly creatures. There’s also the common thread (pun intended) of how both games feature combat that involves the visual motif of the player character being tethered to an ally (though in Astral Chain, that connection is literal).  That said, Scarlet Nexus is a completely different game, and possesses more than enough originality in its design, its characters and its story to stand out on its own.

In the game, players assume the role of either male recruit Yuito Sumeragi or female recruit Kasane Randall, both freshly-minted members in the OSF (Other Suppression Force), an elite branch of the military in New Himuka that is tasked with protecting the country’s citizens from a brain-consuming race of beasts collectively referred to as “Others.”  Others regularly invade human cities through an anomaly in the stratosphere called “The Extinction Layer,” which sees these creatures randomly drop from the sky to cause carnage and chaos wherever they land.

A disturbingly bizarre cross of oversized human parts, animal parts, plant life, ancient sculpture and 20th century furniture, The Others a unique Japanese take on the concept of “destroyed beauty,” which extends to the crumbling outskirts of the capital city, Suoh, long abandoned by humanity in the face of the alien threat.  Standing between The Other and the annihilation of New Himuka are the country’s National Defense Forces and the aforementioned OSF, with each member of the latter group wielding unique, powerful psychic abilities capable of destroying Others.  Both Yuito and Kasane are powerful psychokinetics, capable of not only of moving objects both large and small with their minds, but are also natural-born leaders that can use the Struggle Arms System (SAS) to “borrow” the abilities of up to four other members of their squad, making them an even more formidable force against The Others.

Of course, as is common with these sorts of stories, Yuito and Kasane will soon discover that The Others are not their only enemies and that there are potentially even worse threats already existing within their ranks…but if you eat this sort of thing up like I do you’ll be pleased to know that Yuito and Kasane’s journeys, while obviously connected are also bespoke, so when you finish the first character’s adventure  you can then start a new game  with the other and see a completely different side to the story.  Also keeping things interesting is how the game immediately thrusts players and their chosen main right into OSF recruit training following the tutorial, introducing them to the large family of supporting characters that Kasane and Yuito will fight alongside, hang out with, romance or bond with. Certain story events will see those members change, constantly forcing players to get accustomed to using different characters and their powers in the field, even those who aren’t necessarily their favourites yet whose “bond events” and related skill perks are just as rewarding.

What makes Scarlet Nexus so enjoyable to play is a simple yet solid hack-and-slash combat system that builds multiple layers of interesting elements on top of it, the first of course being Yuito and Kasane’s psychokinetic powers.  Through the proper execution of combos and psychokinetic attacks against an enemy, players can access more powerful environmental attacks using specific objects that upon impact are capable of doing immense damage if an additional Quick Time Event is successfully performed with one or both analog sticks.  The type of analog stick motion is dependent on the object lifted, for example, attacking an Other with a stack of steel beams results in a whirlwind that requires the player to twirl the left analog stick to keep the cyclone going for as long as possible, while attacking with a fridge will result in a two-pronged attack that will see Yuito or Kasane bring in a second object and pulverize the target in-between them, represented by pushing the left and right analog sticks towards each other when prompted.  So Players actually need to be mindful of the object they are hurling, so they can anticipate the QTE needed to do the most damage.  Then there’s also Brain Crush, a lethal, cinematic finisher that players can use to dispatch an enemy with a single blow once its defences have been whittled down.  Such executions are so visceral that players might even feel a bit sorry for the Other being ripped apart. Finally, there’s Brain Drive, an ultimate, heightened state in which all abilities are enhanced for a limited time, activated automatically when the Brain Drive gauge is filled.

Those are just the basic combat layers though.  Above those is a fourth layer, the rock-paper-scissors mechanics of SAS that requires players to think smart and use the borrowed abilities of their teammates effectively.  For example, a water-based Other is more vulnerable to Captain Seto or Shinden’s electrokinesis ability, while an oil-based Other is more easily defeated using Hanabi’s pyrokinesis, though it’s probably not a great idea to employ either skill when Yuito, Kasane and their nearby teammates are doused in water or oil themselves.  Obviously, not all the ally-loaned psychic powers that players will get to play with in Scarlet Nexus are elemental or physical.  Invisibility, clairvoyance, and teleportation are just some of the others, and multiple abilities can be active at the same time in addition to Yuito and Kasane’s own psychokinesis, broadening both the challenges and possibilities in battle.

Naturally the effectiveness of all the above is largely governed by the Brain Map, which serves as Scarlet Nexus’ skill tree.  It’s here where players will use XP gradually unlock abilities and perks related to all aspects of the game, from new combos and attacks to faster skill cool downs and increased Brain Drive energy accumulation.  But as I suggested earlier, the bonds that players will create between Kasane, Yuito and their squad mates will prove to be equally important, if not more so.  In-between main missions, players will have the opportunity to revisit previous areas (dungeons) to grind for XP and search for hidden items they previously missed, or chill out at their squad’s safe house and attempt to socialize with their teammates.

These latter actions will usually lead to a “Bond Event” in which Yuito or Kasane will offer a gift or perform a favour for the ally they are speaking to, with a successful resolution of that event resulting in that ally forming a closer bond with them.  In turn, the stronger the relationship becomes, the more effective that ally will become in battle, gaining new abilities that Yuito and Kasane can use when teaming up with that character.  Gamers who enjoyed the Loyalty Missions of Mass Effect 2 or Yakuza: Like A Dragon or had a blast dating characters in Persona 4 will immediately understand and likely get a big kick out of this.

Artistically, Scarlet Nexus’s art director, Kouta Ochiai, has achieved something truly fascinating, creating a visual look for the game that blends traditional cel-shaded characters with hyper-realistic images, resulting in a stunning amalgam that truly leaps off the screen, with its thematic focus on red neon strands, tubes and the like giving it that extra punch.  The visuals especially pop when viewed in 4K at 60fps, if the exclusive Demo Edition of Scarlet Nexus for Xbox Series X|S for is anything to go by.  Having played that demo extensively several weeks ago, it was difficult adjusting to playing the review copy on my vanilla PS4, which only runs at around 30fps and simply isn’t as crisp.  While the game’s overall quality still shone through, the load times were atrocious. One of the worst examples I recall was my game save taking a full minute or more each time to reload a boss fight that I failed at repeatedly for close to an hour.  If you’re going to spring for this game, I STRONGLY RECOMMEND that the next-gen Xbox Series X|S or PS5 version be the one that you play.

On a related note, if you’re not fluent in Japanese and rely on subtitles to understand the dialogue in Japanese games and movies, I suggest that you give Scarlet Nexus’ shockingly excellent English audio dub a try.  Scarlet Nexus is a visually busy game with so much action on screen during battle that it becomes almost impossible to keep up with it all while reading subtitles, especially when your allies are calling out context-and-time sensitive cues in Japanese.  The English dub is actually quite good, and it allowed me to focus more on what was happening on screen, as opposed to reading line after line of text.   By the way, I can’t stress enough how good Scarlet Nexus’ soundtrack is.  A fusion of rock, techno, dub step, acid jazz, house and rave, it simply SLAPS, as the kids say.  If Bandai Namco ever sees fit to put this music on Spotify, it will immediately become a permanent fixture in my Game Music Playlist.

Cyberpunk, Brain Punk, call it what you will, Scarlet Nexus is the fresh, new Action JRPG that gamers weary of the “Tales of” series formula have been needing to see from Bandai Namco for a while now, and it shines especially bright on next gen consoles. Don’t sleep on this one.

Scarlet nexus is the fresh, new action jrpg that gamers weary of the “tales of” series formula have been needing to see from bandai namco for a while now, and it shines especially bright on next gen consoles.
REVIEW SCORE
8.5
Buy On Amazon
File Under: Bandai Namco