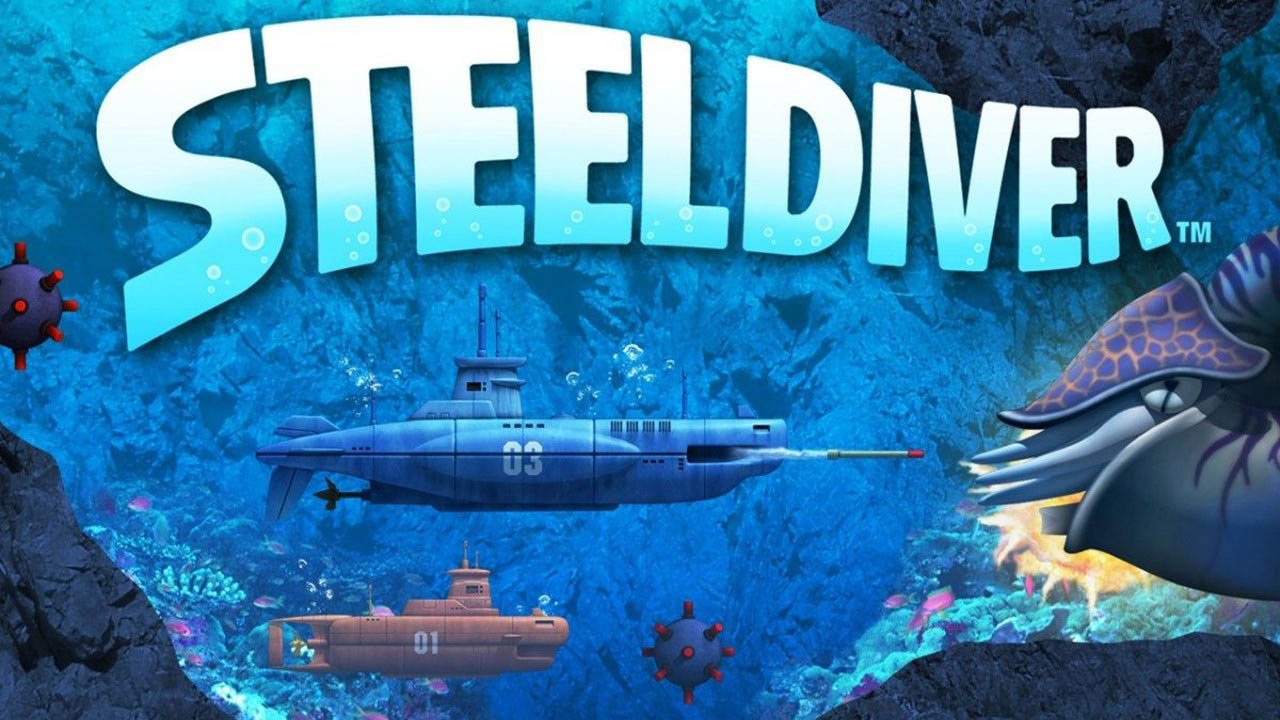 Steel Diver is a new submarine simulator from Nintendo, and it’s not going to persuade anyone to purchase a 3DS. The game is packed with pointless features that mask a stunning lack of gameplay depth, and there’s not nearly enough here to warrant the price tag of a full cartridge.

For starters, there’s absolutely no reason for Steel Diver to be on the 3DS. All of the campaign missions take place on a 2D plane and while the 3D works, it just turns the screen into a fish tank and adds nothing to the experience.

The core gameplay, meanwhile, utilizes both the touch screen and the stylus. Movement is controlled with two onscreen levers, one on an up/down axis and another on the left/right axis. If the forward lever is pushed all the way to the right, you’ll move forward full steam ahead. If both levers are in the neutral position, you’ll float idly in place while the level timer ticks down to zero.

The underwater physics do provide a real sense of weight and resistance, although that’s not necessarily conducive to gameplay. There’s always a slight delay whenever you try to turn, slow down, or accelerate, so you seldom have time to react to a developing situation and the close camera makes it virtually impossible to plan ahead unless you’ve already memorized the level.

For self-defense, your submarine comes equipped with a certain number of torpedoes that can be launched by tapping icons on the touch screen. Once a missile has been fired, an unseen crew will reload after a few seconds, and there’s a wheel that allows you to angle the sub for more accurate firing.

Sadly, the targeting controls are saddled with the same physics that create movement delays, so pointing the noise of your sub in the proper direction can be a nightmare and it’s tough to hit anything that isn’t directly in front of you.

Diversity comes in the form of three different submarines. The Serpent is the largest and most durable vehicle, while the Manatee is the most maneuverable and can fire directly upwards (it’s a surprisingly useful ability) and the BlueShark is somewhere in between. The differences go beyond the cosmetic. The Serpent may be unwieldy, but it packs a full arsenal of four missiles and what it lacks in grace it more than makes up for in firing power.

The problem, however, is that the developers spent more time tweaking the submarine mechanics than they did on the actual levels, and the paltry seven missions are painfully redundant. You start at the left side of the screen and you go right until you reach the end of the stage, and while you may encounter a few obstacles along the way – there are mines, rocks, and enemy subs to contend with –you can pretty much ignore everything outside of a few end-of-stage bosses. Your sub can absorb an absurd amount of damage and you can inexplicably regenerate health when you head to the surface, so the best strategy is usually to press forward without skill or regard for your hull.

Steel Diver withholds content to obscure that lack of gameplay variety. You can’t unlock the final two missions until you’ve beaten the first five missions a minimum of fifteen times (once with each sub), and considering that the stages are the same every single time you play them, it’s an obnoxiously transparent attempt to artificially pad playtime.

Many of the game’s bonus features are similarly superfluous. The collectible decals hardly have any impact on gameplay and the eight Time Trial courses are even more trivial than the missions. Even the toughest stage can be cleared on the first or second attempt and the token gameplay extras don’t do anything to break up the monotony.

Steel Diver does have two other gameplay modes, but neither is more than a fleeting novelty. Periscope Strike is a motion-controlled mini-game in which you fire torpedoes at a small armada, and the screen rotates as you turn your body in order to simulate a 360-degree field of vision. It’s a cool feature, but you have to spin in a circle in order to get it to work properly so it’s functionally useless if you happen to be sitting down (or if you tend to get dizzy).

The mini-game itself is also extremely limited. It only takes about ninety seconds to clear the screen and there’s not enough variety to justify multiple attempts. Periscope Strike is the only gameplay mode that adequately utilizes the 3D technology, but the constant motion makes it difficult to maintain the proper viewing angle and ruins the effect.

Steel Commander, meanwhile, is essentially a glorified version of Battleship. You have a fleet of vessels, and you have to use your one submarine to destroy all of your opponent’s cargo transports. You can play against the computer or against another person online, and it’s the most dynamic gameplay mode insofar as no two games are the same. The mode also requires some genuine strategic thinking when you’re forced to either take defensive action or risk a counterattack with a direct assault.

Unfortunately, Steel Commander doesn’t hold up under extended scrutiny. As with Battleship, you have to get lucky while searching for your targets, and Steel Commander compounds that with several more layers of chance. Ships will move out of the area after you’ve located them, so you’ll have to start the process over again and you’ll spend a lot of time waiting for nothing to happen.

The game shifts to Periscope Strike once you do find your opponent’s ships, but splicing a single player mechanic into a multiplayer gameplay mode does not facilitate interaction. You’re not allowed to do anything while your fleet is under attack, so you have to sit there while your enemy takes potshots at your defenseless ships. You can launch depth charges at enemy subs during your turn, but even then, you’re basically playing a game of three-card monte.

So while you could spend hours mastering the world of Steel Diver, the game isn’t testing skill so much as it’s testing your willingness to do the same thing over and over again. That might be some people’s idea of value, but when the core mechanics aren’t any fun, it feels more like a waste of time than a diversion.

Steel Diver does have two other gameplay modes, but neither is more than a fleeting novelty. 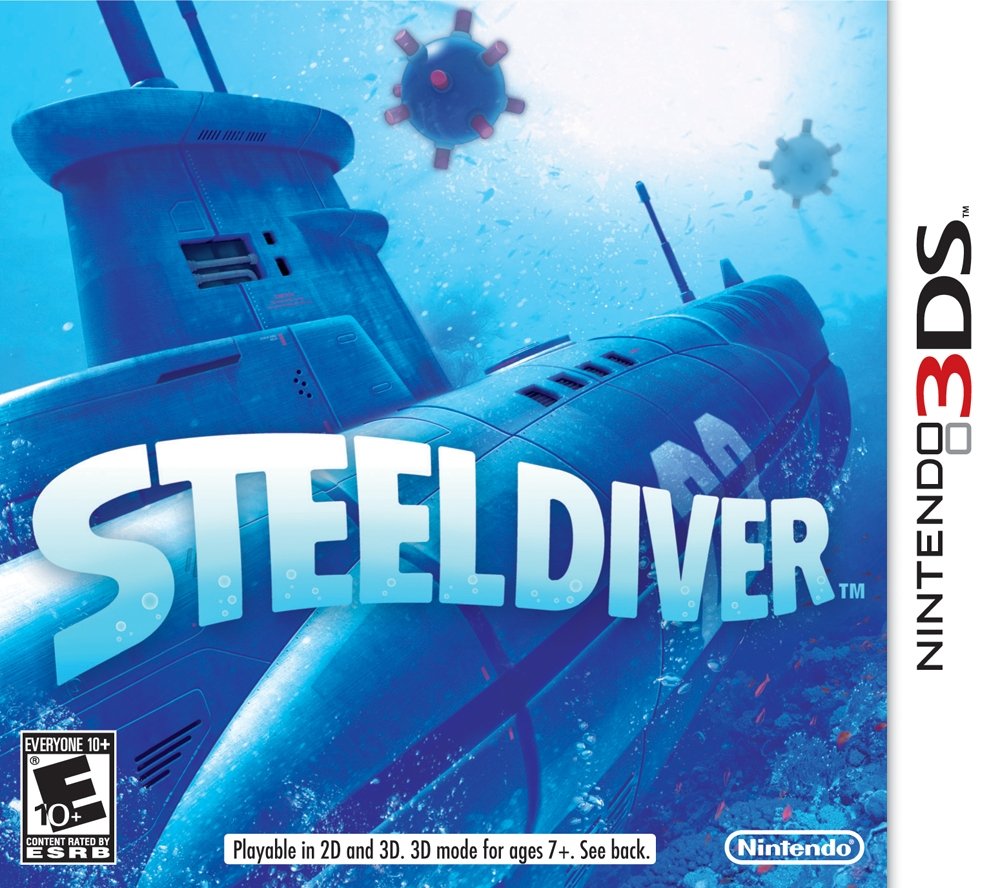