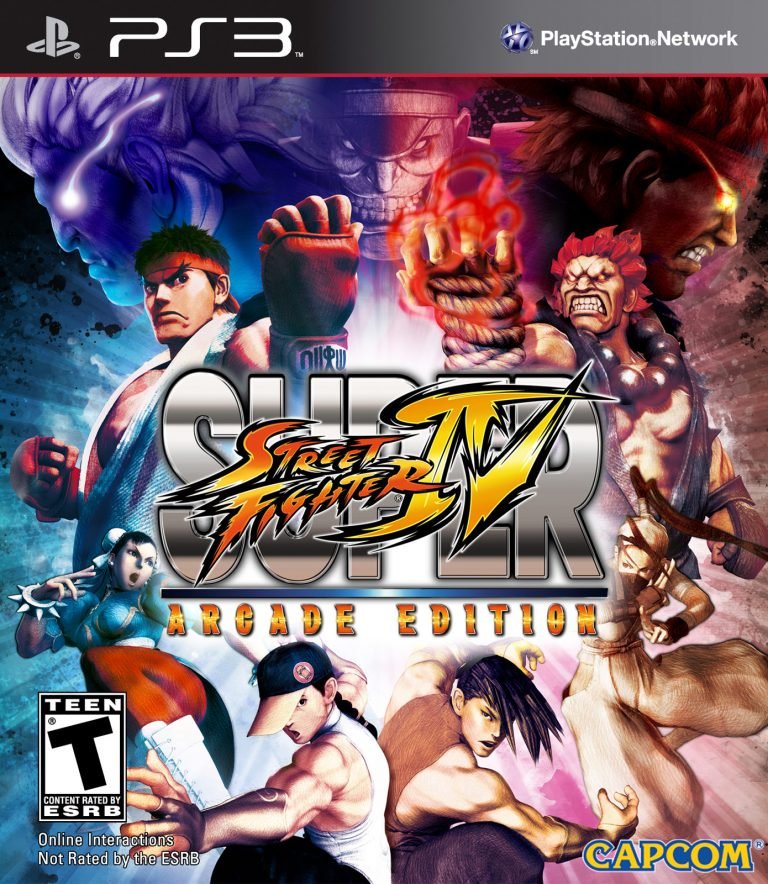 The changes made to Super Street Fighter IV: Arcade Edition are minuscule. The addition of Evil Ryu and Oni as well as Yun and Yang, who first appeared in Street Fighter III, are the major differences between the versions. The roster of 39 characters is absolutely huge and tournament players are shivering at the army of Yuns that is likely headed their way. Just take a look at Daigo “The God of 2D fighting games” Umehara’s tier list that has both Yun and Yang in his second spots right behind Fei-Long. Yun’s divekick and fireball shattering EX shoulder charge are deadly, and anyone in the tournament circuit will likely be seeing him as a character of choice along with his twin brother.

I’ll be honest, I’ve always been terrible at Street Fighter. In Street Fighter II, I can get to Guile then my button mashing stops having its intended effect. One of the major changes to the Arcade Edition is the ability to record online matches. While reviewing the game, I gave the online another chance and dove in with a combination of the new characters and old favourites. It’s frustrating one, to be beaten senseless by someone else, and two, to know that they’ve recorded you being thrashed. There’s no reason why any player could hold the replay function against the experience as a whole. It just feels as though my failures are out there for the world to see and it makes me a little sad on the inside. I can just see Dan Hibiki getting smashed again and again at my expense, it brings a tear to my eye. In all seriousness though, the recording feature is an interesting but small innovation brought to the online play. The “Elite” replay function that allows you to see the best players in action is interesting, but it only made me feel slightly more inadequate.

Overall the game plays – for at least this average fan – the same. Somewhere online there is a list of changes that have been made to the characters’ movesets and frames. The differences here mean the difference between winning a match in a tournament to being put in second standing. The major differences come in the form of changing the characters’ hit box sizes and tweaking the recovery period between attacks. For instance, Ken now has less recovery time for his crouching medium punch and an improved the hit box for crouching light punch. You can find an entire list of changes at Event Hubs.com, which you can easily find online.

The small changes to the game are really what matter. There’s an entire Street Fighter tournament circuit that deals in the hit boxes, frame data and input leniency. While it may seem like there’s more old than new, the Arcade Edition contains some game changing differences that could easily influence a match’s turnout.  There were one or two issues I had with the game itself.

When I first put the disk in, I received an odd error message when attempting to switch between versions of the game. It took at least 15 minutes to switch between versions and then the game stalled when going into a match. In order to fix the issue, I had to install the game onto my system, insert the my original copy of Super Street Fighter IV and then re-insert the Arcade Edition before I could get into a match. The issue solved itself, but these kinds of bugs are kind of disruptive. Ok, it’s a bit of a stretch, but a bug is a bug and when you’re dealing with a $39.99 DLC you want it to be a fluid experience. From what has been reported online, there have been no issues downloading the game via the PSN or Xbox Live. The Arcade Edition is also available for PC users.

While the $39.99 prices tag is considerably less expensive than SSF4’s price on release, is the arcade edition really that worth it? If you can buy a used copy of Super Street Fighter IV and then buy the DLC pack for $15 go for that option – well – if you don’t have the PC version. You’ll be saving a few bucks on a game that only adds a few new characters to the game, a replay channel for online and nigh imperceptible balancing tweaks. If you’re new to the series and if you want to try it out, buy this version. If you are like the many veterans who constantly beat me down online, save some money by getting the digital copy.

The changes made to Super Street Fighter IV: Arcade Edition are minuscule. The addition of Evil Ryu and Oni as well as Yun and Yang, who first appeared in Street Fighter III, are the major differences between the versions.
REVIEW SCORE
6
File Under: Arcade, fighting game, PlayStation