A Proper HD Tales Game On The PS3

In the West, the PS3 hasn’t had quite the same run of good luck from Namco as other consoles. The 360 enjoyed Tales of Vesparia, which is still regarded as one of the best games in the series, while the Wii got Tales of Graces, which was eventually ported over to the PS3 as Tales of Graces F, and it shows its standard definition roots. But finally, a JRPG made from the ground up for the PS3 is available to Western JRPG fans, and the good news is, it was worth the wait.

Tales of Xillia follows the tradition of past Tales games in that it remains… traditional. The character tropes of a million fantasy and anime storylines converge here, with a naïve hero, puckish rogue, childhood friend, stern warrior woman, seasoned elder soldier and powerful but ignorant child all coming together to stem the tide of two great nations going to war. At the start of the game, players choose either Jude, the promising but naïve medical student, or Milla, the warrior woman who is the physical incarnation (or avatar, in its actual traditional usage) of the world’s god, Maxwell, as the main character. Most of the plot points will be identical, but certain occasions cause the characters to separate with some significant differences. First time players looking for the most “bang for the buck” in terms of plot should pick Jude first as the writers seem to favor the plucky med student for big plot revelations over the incarnated goddess.

Beyond that, what players can expect from the story is a decent yarn of inner conflicts and warring nations that doesn’t tread new ground, but manages to engage thanks to the likable characters. There are no innovative characterizations here, but neither are there badly written or poorly developed characters, something the game’s predecessor, Tales of Graces f was prone to. Where Asbel grated on nerves because of an almost religious adherence to the anime cliché of “I just want to be strong enough to protect the people I care about,” Xillia presents a cast of characters that don’t overpower their appeal with one-note motivations. This is helped immensely by the return of the “skits” and the sub-events that round out each character, giving them more substance while allowing them to still inhabit the clichés that define them. Without going into any spoilers, praise should also go to the primary villain of the game, who is quite refreshing for being well rounded and quite surprising while still technically adhering to the clichés most are familiar with. It’s not often that a game gives players a villain they can respect, but that’s exactly what happens here, and it was a pleasant surprise.

On the presentation side of things, this, unfortunately, is where Xillia suffers the most. Despite the ground up design on the PS3, there are some problems with the graphics. The most glaring point is that this is a painfully obvious “budget” title when it comes to presentation. After the standards set by Final Fantasy XIII and even Western games like the Mass Effect series, the simpler environments of Xillia may come off as bland. There are also performance issues, with pop up rearing its head in towns as the engine struggles—and fails—to populate the area with NPCs when the player is already there, making merchants and others magically teleport in front of the player with regular frequency.

Technically the graphics are on the low end, but artistically, it’s clear the team has given it their all. The fashion and architecture of the game takes its cues from a mix of science fantasy with the nation of Rashugal and Nepalese with the rival nation of Auj Oule. The Himalayan influence is surprising and original as most Chinese/Japanese visual motifs are very nearly clichés themselves at this point, but the less explored organic, rustic look of Asian mountain cultures brings a novelty to the art direction that only Uncharted 2 briefly nodded towards. The character designs are more in line with classic anime rather than the stylized hyper-real look that Square-Enix is reaching for with the Final Fantasy series of late. This means simpler, but expressive characters and a lot of flamboyant colour. Tales games have always been an antidote for the prevailing dark, grey aesthetic of most games, and Xillia is no exception.

The sound is a mix of good to competent. Voice acting is, unfortunately, English only, but at least the acting is decent. Many anime regulars like Sam Riegel, Liam O’Brien and Ali Hillis are on board to give a bit of nuance to the characterization, and they do a great job with the humor and character conflicts. Motoi Sakuraba is to Tales what Nobuo Uematsu is to Final Fantasy and even though he doesn’t have the same budget to bring in an orchestra, he manages to wring some ethnic atmosphere from his smaller range of instruments and synthesizers. In keeping with the Nepalese art direction, the reed, string and percussion instruments used in much of the score have a distinctly Asian tone. That’s not to say there’s nothing but soothing Asian melodies as a Sakuraba bounces from ethnic to jazz and heavy guitar riffing depending on the mood. The actual sound effects are decent, but not impressive. Nothing ever really pushes the subwoofer, and the menu navigation, spells and combat all have some diversity to them, but they’re not impactful.

The Evolution Of LiMBS

While Tales of Xillia may fall short on production value (and, like other games in the series, narrative originality) what it brings to table are some fun, flexible systems. Upgrading is the central mechanic here, infusing everything from the skill system to merchant system. Instead of item crafting, players now collect materials, which they can “donate” to their preferred merchant class, such as armor or weapons. The requirements of the merchants change over time, tasking players with collecting everything from ore to feathers, with a multiplier awarded for donating a requested material. When a merchant passes a certain threshold of points, they “level up,” and offer new items while discounting older ones. When it comes to skills, upgrading has taken more of a nod from Square-Enix games of the past like FFXIII and FFX, with a “Lilium Orb” mechanic is essentially an expanding spider-web of skills. Upon leveling up, players get points that they can drop into a fixed set of available skill choices. Picking up a certain number of skills expands the web of choices available.

However, the real meat of Xillia as it is with other Tales games is the combat, and it’s here that Xillia delivers one of the more memorable combat systems in recent years for the JRPG genre. The “Linear Motion Battle System” or LiMBS, has once again been tweaked and is now the “Dual Raid Linear Motion Battle System,” or “DR LiMBS,” perhaps in homage to the fact that the hero is himself a medical student. This translates into a very intricate, rewarding form of real-time combat in which regular attacks are combined with magical attacks and, with proper timing and execution, further combined into even more elaborate special attacks when partnered with one of the other party members.

The game emphasizes “linking” with a party member, allowing linked players to mutually benefit from skills, so if one party member has chosen a skill that boosts resistance to fire attacks, when linked, both party members have the skill. Linked players also activate a meter that builds up as successive hits on the enemies pile up. At each threshold, players can activate the special link attack, but should the meter get completely filled, the game goes into “overlimit” mode in which linked attacks can be spammed without consequence until the meter winds down. Linked players also have special skills that activate upon linking, such as Jude’s ability to heal others when they fall, or Leia’s ability to automatically steal items when an enemy is knocked down.

There’s a lot to take in with the combat system, which is full featured and elaborate, especially with the ability to switch partners—and even existing party members in the fight—on the fly. Each character has their own unique skill set which will take some learning to fully utilize, but it’s impressive just how much depth the studio has put into a fast, hectic combat system. It also makes each encounter in the game fun, though with experience, random encounters can be ended in less than ten seconds. Added to this is the ability for local multi-player to work in combat. Yes, if you really want to, up to three other players can control the other characters, although once a player chooses a link partner, the “link-ee” goes into AI mode. There won’t be a lot of opportunity for most players to take advantage of this, but it’s nice they threw it in.

The rest of the game is familiar Tales fare with dungeons, random encounters, skits, and twists in the plot, but this is all wrapped in a big change to camera control. Tales of Xillia finally puts the camera behind the player and allows control of it through the right analog stick. This has necessitated a big—and welcome—change in the design of dungeons, with much more open spaces so that the enemies can be clearly seen in the distance, rather than just accidentally run into because they were “off screen” during a quick run. Everything else, like towns, side quests and treasure waiting to be found, is classic Tales. There’s a lot of encouragement to take advantage of New Game+ mode, with extras that can be purchased at the end of the first playthrough, such as retaining all levels, or letting the upgraded shop inventories carry over. You’ll probably want to play through at least twice anyway just to see how the other character handles things during the moments when Jude and Milla separate.

In the end, Tales of Xillia plays it safe, but successfully so. The combat system is substantial but very rewarding and fun. The towns, dungeons, side quests and skits all make a welcome return, and the story is compelling enough, with enough twists that players will remain invested in the fates of the likable party members. In some ways, Xillia is an easy recommend because there just aren’t any other JRPGs for fans to play this summer. In other ways, Xillia would be recommended anyway because it’s one of the better JRPGs to come out recently. Fans of the genre can safely buy this knowing they’re in for a good time and will definitely get their money’s worth.

File Under: RPG
A retail version of the game reviewed was provided by the publisher. You can read more about CGMagazine reivew policies here. 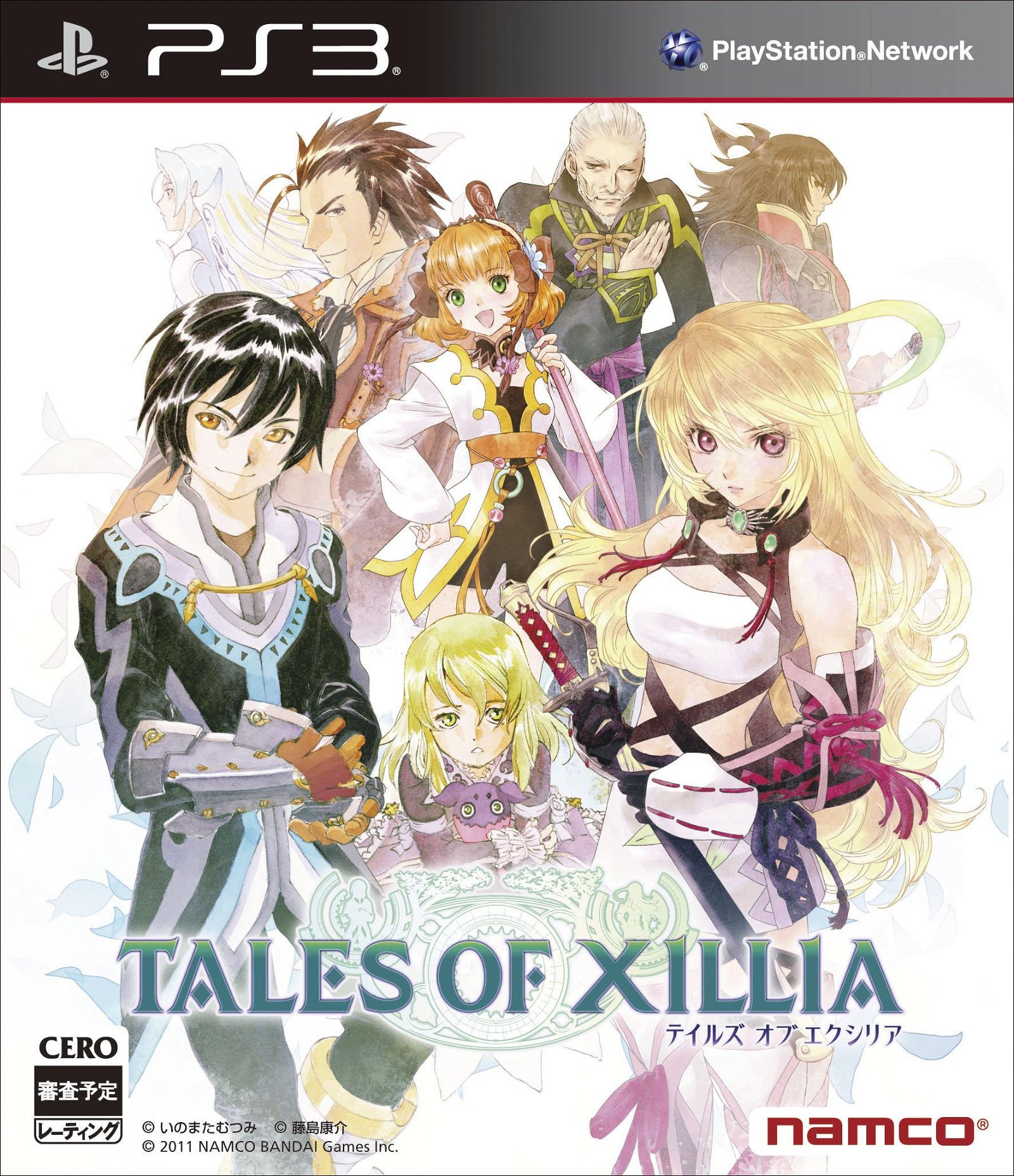