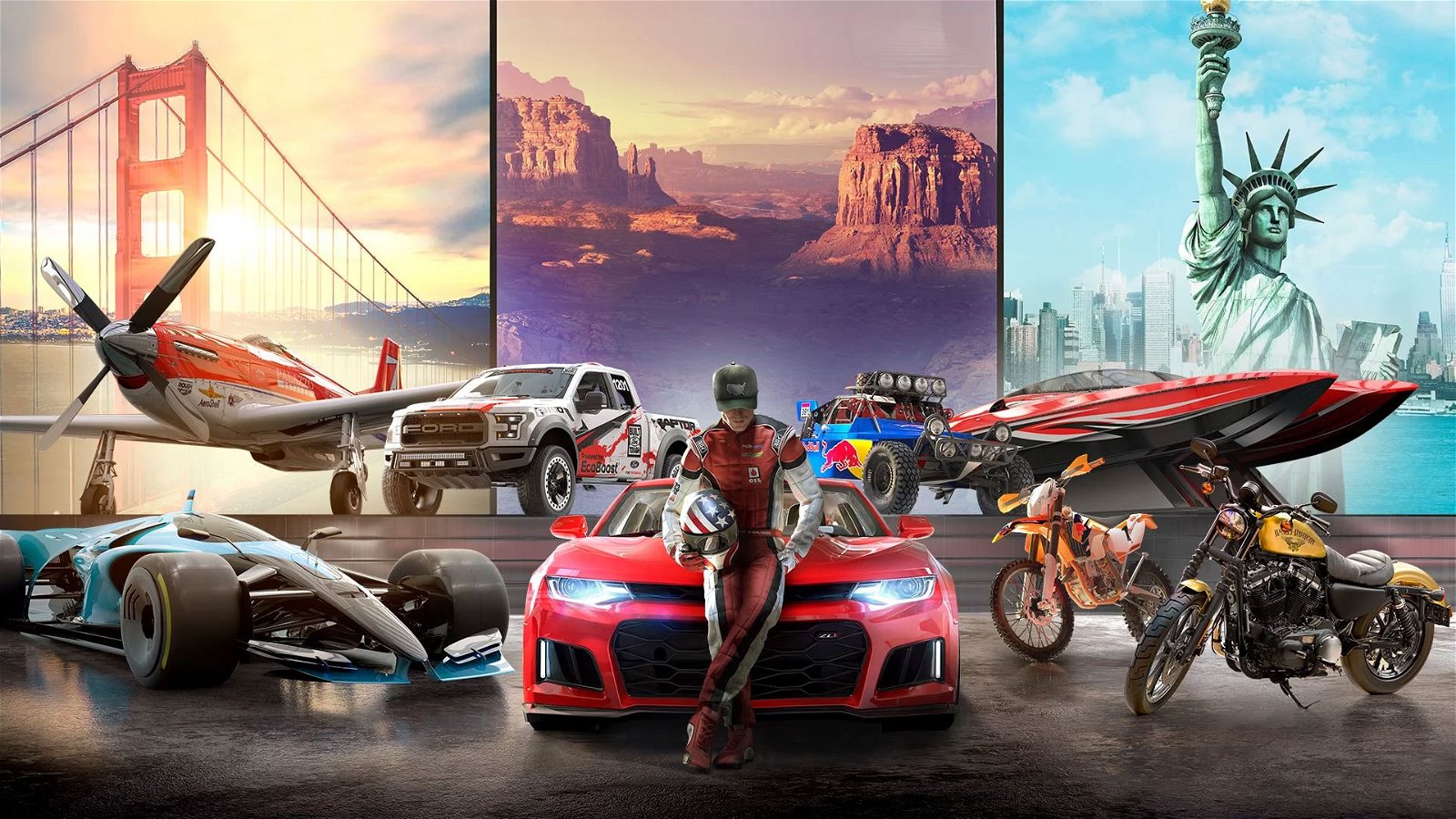 As I jumped off Hoover Dam in a powerboat, The Crew 2 ever so briefly captivated me. The thrill of driving across a vast replica of the continental United States is enticing, with cities giving way to wide open prairies, narrow canyons, and dense forests.

It is in these moments, where you come across a new landmark and experiment with the cars, boats, and planes at your disposal, that The Crew 2 shines. But these moments are fleeting, as the game continually ruins itself with nonstop rubbish and weak multiplayer.

The Crew 2 ditches its predecessor’s story about infiltrating gangs as an undercover cop in favour of a much simpler, but just as inconsequential, framework about becoming a racing icon in Motornation, a racing event broadcast to millions of adoring fans. To do that, you’ll compete in four disciplines, which are Pro Racing, Street, Off-Road, and Freestyle. They span the entire country, and you’ll be swapping between drag races through the middle of Detroit and aerial acrobatics in Oregon as you try to dominate every aspect of racing.

Much touted is The Crew 2’s ability to swap between land, air, and sea vehicles with the press of a button. It is an intuitive mechanic, and it takes only a few seconds to switch between the different types of vehicles. While interesting, it is also only really used while free roaming, as there are only a handful of events where you swap between vehicle types in the middle of a race. This is a huge missed opportunity, one that would have made the game stand out and less reliant on the boring, by the numbers races we ended with up.

The events themselves are perfectly OK to start with, but quickly grow tiresome due to a wide variety of issues. Except for a few rare cases, the layouts of the tracks themselves are uninteresting, with little in the way of creativity or proper pathfinding. Acrobatic challenges are boring as a result of requiring the same tricks over and over again. Handling on motorcycles is notably poor, and I avoided their respective challenges like the plague. Yet the most frustrating problem is the rubberbanding AI, which seems to immediately pass you the moment you make a single mistake, and otherwise seems to be right behind you even if you have a fully upgraded car. Unfortunately, you need to grind events if you want to purchase new vehicles, meaning you’ll be stuck playing through many bland missions if you want to have a vehicle of every type available, which are slowly unlocked as you play.

It’s fortunate then that driving cars feels good. Not great mind you, as they lack the weight that you’d find in other driving games, but the controls are responsive and handle well. That’s not the case with planes and boats, the first of which lack the feeling of speed you’d expect and the second of which do not feel like watercraft at all. In a car, however, driving across America is often exhilarating.

It’s a testament to the developers at Ivory Tower that the world they’ve created looks and feels fantastic at a macro level. There is noticeable texture pop-in when travelling at high speeds, but exploring the countryside and cities is relaxing and fun. Some of the areas are squished or merged in strange ways, like how Wisconsin and Minnesota have been combined into ‘Dairyland’, yet seeing the sights and discovering landmarks is the highlight of the game.

But in order to progress, you need to earn followers on social media, which is where The Crew 2 begins to get truly grating. Followers function as experience points, and earning more followers unlocks more types of racers for you to compete in. Across every event, you’ll head an endless barrage of horrible dialogue impressing upon you both how awesome you are and how you need to up your follower count. The tone varies wildly, veering from two people talking about how they only race for pinks one minute, to an enthusiastic announcer declaring that you’ll earn tons of followers if you win in the next. In The Crew 2, your worth as a racer is dependent on your ability to be famous, which is perhaps the most obnoxious way to present progression in a game I’ve played in years.

Just as bad as the followers is the horribly implemented loot system. Why a racing game needed loot is beyond me, but winning events and finding small caches strewn across the map will give you upgrades for your current car. The problem is that the upgrades are so incremental that they may as well not even matter. The difference between two different sets of tires is all but impossible to tell in gameplay, rendering the whole system pointless.

There’s a number of other issues that pervade The Crew 2 as well. The menu is a confusing mess, as it never tells you how to access certain features nor where those features are located. The waypoint system frequently routes you in strange paths and often doesn’t account for obstacles that prevent you from moving in that direction. And some vehicles are obscenely expensive, to the point where you cannot afford them unless you are willing to either grind for hours or spend money for microtransactions.

What is truly mind-boggling is the complete absence of functional competitive multiplayer. There is currently no way to face off against either random players online, and the only way to race against friends is if you join the same crew and enter an event. The Crew 2 is always online, but the most that you can do with the strangers you meet on the road is just kind of hang out with them for awhile, as there’s no meaningful way to interact with them. It’s a hollow experience that leaves me wondering why Ubisoft couldn’t add such basic, run of the mill multiplayer.

Amidst the mess that is The Crew 2, there is a framework for which a good game can be built, and I have no doubt that months from now it will be a dramatically better experience. But the mediocre driving, coupled with a host of poor progression systems and a bizarre absence of multiplayer options, means that it’s not worth exploring in its current state. The Crew 2 could have been special – instead, it’s a great example of what could have been.

The Crew 2 has a beautiful open world, but average driving, strange design choices and weak multiplayer prevent it from utilizing it to its full potential.

File Under: Ubisoft
A retail version of the game reviewed was provided by the publisher. You can read more about CGMagazine reivew policies here. 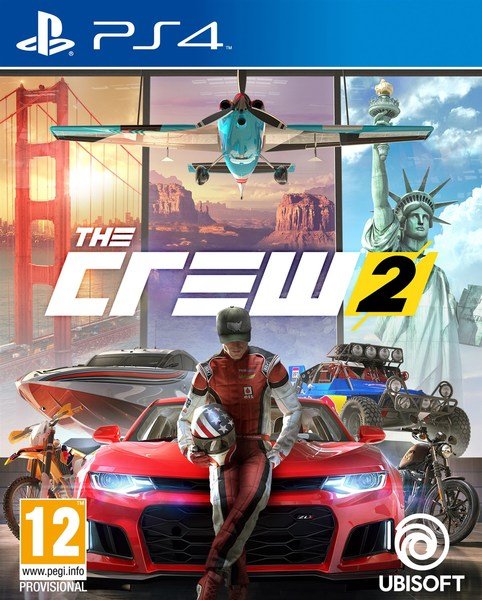