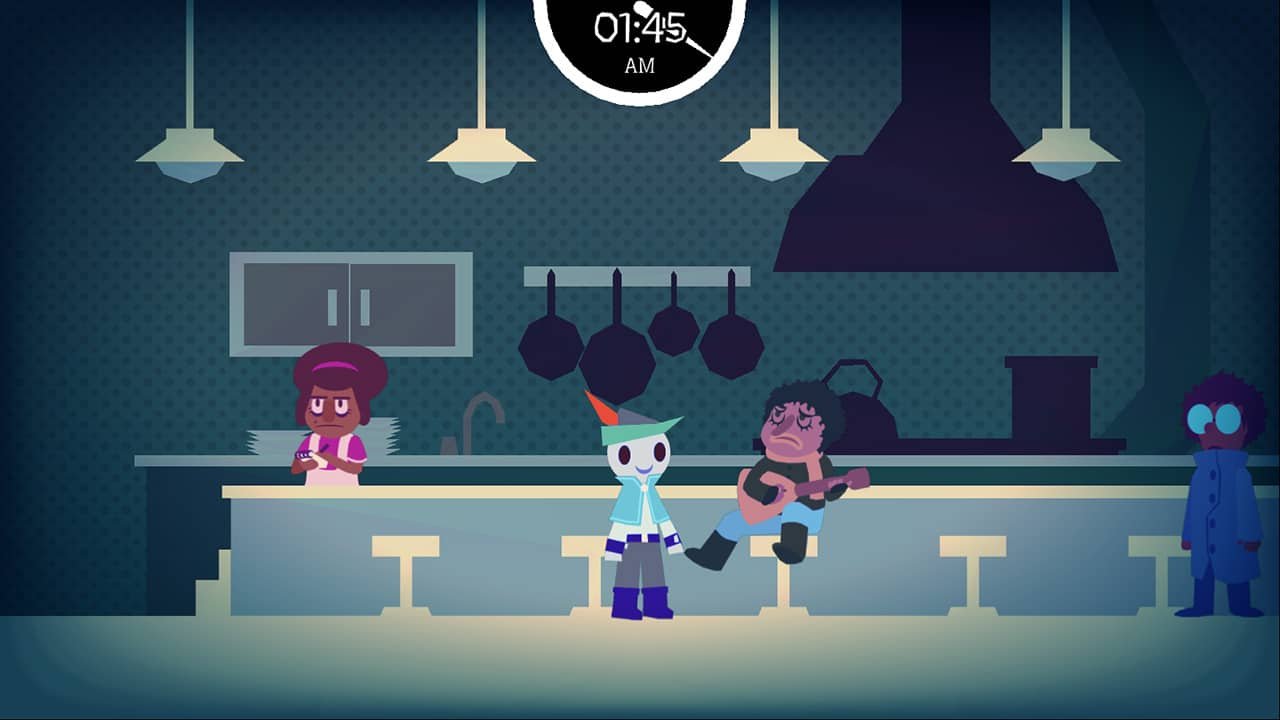 I remember a few years ago when I started drawing a webcomic, I fell into a pretty deep creative slump and I couldn’t seem to get out of it. That summer, during a long weekend car ride, I had purchased the Shovel Knight OST and the more I listened to it, the more I was filled with determination. The music was energetic and nuanced and the complexity of each arrangement was inspiring. My mind was racing, and I began scribbling ideas in a little sketchbook; suffice to say, my creative block was gone.

And though it may seem like an exaggeration, I sometimes feel like we don’t fully appreciate how much music affects our daily lives. Music holds a special power over us; it moves us, and can fill us with determination. One song can turn a bad day good, or bring back a beloved memory. I bring this up because, for the better part of a week, I have been playing Wandersong; an incredible musical adventure where song is the very spirit of the entire piece.

It’s hard to know where to begin with Wandersong because it is such an interesting game, both in concept, and delivery. In Wandersong, you play as a little Bard who discovers the world is ending and the one thing that can possibly save it is the, “Earthsong.” In order to sing it, the Bard must travel around seeking the different parts from the Overseers of the spirit world getting wrapped up in all kinds of crazy adventures along the way. It’s a wonderfully told story with plenty of interesting characters, a lot of funny dialogue, some very interesting twists, and incredibly touching moments.

Gameplay is where Wandersong really stands out, because it is so simplistic, yet constantly changing. The Bard’s main ability is, obviously, singing; tilting the right-joystick in different directions will have him sing different notes. The game constantly integrates the Bard’s singing to different utilities and no two moments ever feel the same.

One would assume that with a game centred around music, rhythm-based sections would be its bread and butter—akin to games like Elite Beat Agents, or Rhythm Thief. And while some rhythm-based challenges are present in the game, Wandersong instead takes the form of a true puzzle-platformer, finding interesting ways to blend the way the Bard sings into different challenges. One moment you’re matching notes with wailing ghosts to calm their restless souls, then you’re singing the different directions on the joystick to control the wind, then you’re singing with pirates to direct their ship, and then you’re singing magic songs to walk on walls.

Visually, Wandersong is gorgeous using a minimalist aesthetic to great effect. Every area is beautifully coloured and full of life. Little details like foreground/background layering create an interesting “pop-up book” effect when ascending and descending platforms add so much personality. But where the game really stands out is in the audio department. When I interviewed the Wandersong team back in back in March, they told me they had over 100 songs in this game, and close to 4000 different sounds; and that attention to detail really makes this game special.

To begin, the music is incredible. Each different song—be it the background music or the various songs the Bard will sing—feels unique, well connected to the moment and lovingly crafted by the creators. A particular standout for me was a song that ended a war, but the Bard’s “I Want to Be a Hero,” filled me with such unbridled joy, I had a goofy smile on my face for a clean five minutes. It’s an incredible soundtrack that you’ll find yourself humming for days after you hear it.

Which is to say nothing for how well integrated the sound effects are in this game. It was something I noticed particularly in a moment where you’re in a gloomy town and the game suddenly gives you a clock mechanic—not unlike Majora’s Mask where certain things happen at certain times and the townspeople keep schedules. In this part of the game, I noticed the Bard’s footsteps had the sound and tempo of a ticking clock and I couldn’t believe the amount of detail that went into connecting the sound design to the story.

If I have any complaint about Wandersong, it’s simply that I wish the game had a bit more challenge. For a game that not only had platforming, but also Rock Band-esk rhythm sections, I found it odd that you were never punished for missing notes or falling into pitfalls. While I get that the experience that game is going for is very laid back, I feel like some kind of health bar would’ve added a lot to the gameplay experience.

And the game is so incredibly interesting—in a lot of ways, it reminds me of Paper Mario—it’s almost a shame that it doesn’t go deeper with such a great concept.  I would love to see a sequel expand on everything this game has going for it, adding in a song mechanic ala. Ocarina of Time, or more a more expansive world with towns and deeper dungeons to explore.

Wandersong is an incredible experience. While not particularly long, I couldn’t put it down and I still find myself wanting to return to it and play it again. It’s endearing story, cast of delightful characters, simple yet nuanced game mechanics, and uniquely designed world touched my heart; and while it didn’t move me to tears, a game hasn’t stayed with me in such a way since Undertale.

Wandersong made me believe in love again 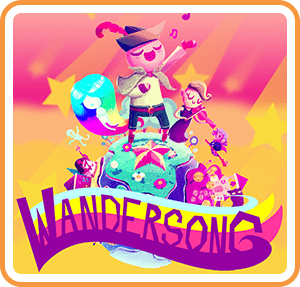