The legendary shooter is back, now with added grind and Microtransactions 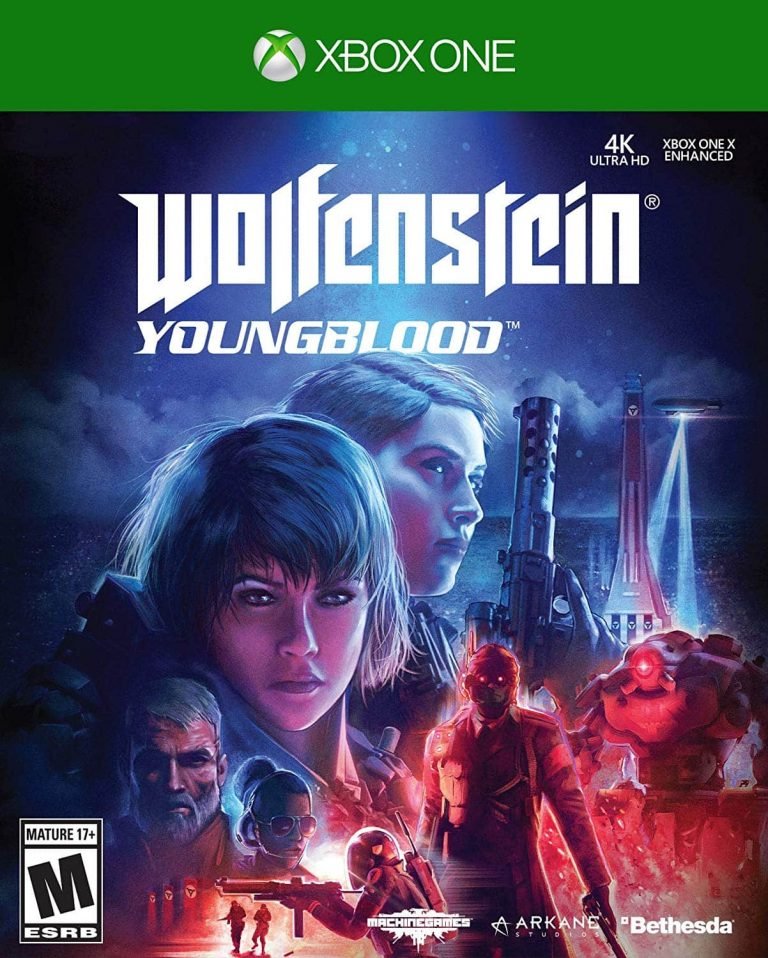 I just finished Wolfenstein II: The New Colossus this week for the first time, and it had me chomping at the bit in anticipation for Youngblood. I couldn’t wait to see how the memorable cast of characters turned out in the future.

Would Max Hass be living his best life? Would Sigrun be in a happy relationship with Bombate, or did they go separate ways? And, of course, how did BJ, Anya, and their twins end up?

I wish I could tell you that Wolfenstein: Youngblood answers those questions and introduces a bunch of new equally colourful characters, that there are tons of wonderfully cinematic cutscenes dealing with serious issues while having over the top comedic moments to take the edge off, but I can’t. Youngblood is not at all what I expected and does a disservice to series as a whole.

Do you know what the Wolfenstein series didn’t need? A grind meant to encourage you to buy microtransactions to then use to get in-game loot and XP boosters, but that is exactly what Youngblood offers. This is one of those games where publisher meddling is clear, as is the developers’ disdain towards it.

Multiple skins are offered for every gun in the game, with each having two skins that are exclusively available via microtransactions, but those skins are easily the least interesting or attractive ones in the game. There are weekly and daily challenges meant to keep you playing after the credits have rolled that include things like killing high-level enemies that spawn once activated, but the rewards for completing them is so far generally only a tiny amount of XP. It’s pretty clear to me that this was only added to entice impressionable players towards buying temporary loot and XP boosts, the price of which has yet to be revealed in the Xbox One version of the game at the time of writing. To me, this says the publisher knows they will be controversial, and rightfully so considering the series history of being straight forward cinematic first-person shooters.

Grossly offensive monetization schemes aside, Youngblood feels like a rush and/or unfinished game. From start to finish it took me just over 10 hours to finish,  with a majority of that playtime being repetitive fetch quests that act as filler and mandatory XP grind in between the 6 short story missions. In that time, I experienced a handful of bugs that didn’t ruin the experience but certainly hampered what was already a mediocre game at best. There were a couple of times where the audio cut out or sounded muffled until I restarted the game. A few times during boss fights the screen would sporadically go fuzzy, black, or distorted to the point I couldn’t see, which I still am not sure was a bug or some kind of intended reaction to getting attacked with a certain type of weapon. There were plenty of occasions of textures glitching and/or missing and multiple times during the final boss segment I fell through the floor to my doom.

On one occasion my co-op partner’s game crashed while a cutscene was playing at the end of the second mission, and upon rejoining my game all the XP and in-game currency they had collected was gone, meaning they had to struggle to continue playing with me under-levelled. Perhaps thankfully, due to time constraints, I kept playing mostly solo from that point, which was honestly a better experience as the co-op in Youngblood is poorly implemented. Your co-op partner exists, for the most part, to pick you up off the ground should you be downed, or help you lift doors/press buttons at the same time to advance. Sure, you can occasionally do an emote that grants each other a small amount of health or armour, but overall there isn’t much if anything in the core gameplay that encourages cooperation. Plus, when playing with an AI partner they level with you and can pick you up instantly should you be downed and the AI doesn’t decide to just stand over you shooting instead. Even better, when you’re ready to go through a door your AI partner will practically teleport to where they are needed.

Youngblood isn’t all bad, however, as the gunplay is still weighty and delightful just like they did in the previous games. Guns look, sound, and feel powerful, and are once you’re levelled and upgraded them. That said, some enemies are bullet sponges unless you have the specific gun that can quickly take their shields down, and even then it can feel like firefights last forever. Of course, sometimes they do, as there are areas where enemies seem to spawn endlessly, which helps minimize the XP grind but otherwise isn’t a welcomed addition.

Guns aren’t the only thing Youngblood inherited from its forefather, as it also does that annoying thing where you have to constantly mash a button to pick up ammo, health, armour, and collectibles. Oddly, sometimes these items automatically get picked up, but I never figured out why it wasn’t all the time. It’s baffling to me that someone would think making players constantly press a button to get health/ammo is a good idea and fun for players. Easily the thing I disliked the most about the other games in the series, and a mechanic I hoped to be rid of with this game.

Speaking of things from the past, Youngblood takes place in 1980, but never really takes advantage of its setting. First of all, it all takes place in France in a city that would feel at home in basically any World War II shooter, only it’s peppered here and there with vague references to the ’80s like collectible VHS covers, cassette tapes, and 3D glasses. The synth-heavy soundtrack is great but is overpowered most of the time by the sounds of gunfire or repetitive banter between the girls.

The voice acting and writing here take a big step back. There is little to no character development to be found here, and the “Terror Twins” that you play as exist only to repeatedly say each other’s names and to remind the players that they are BJ Blazkowicz’s kids and are looking for him. BJ just up and leaves at the start of the game with no explanation, which especially seems out of character. The eventual explanation makes little to no sense of the matter, at least in a satisfactory way, and the ending has no impact or emotion whatsoever, which is practically this game in a nutshell. If anything, it existing does a disservice to the story and lore of the previous games and writes them into a corner if a prequel or sequel were to ever be made.

Wolfenstein: Youngblood is a shell of a game designed to get you to buy microtransactions and is missing the heart and soul of the series’ whose story it does a disservice to. It’s not a terrible game, it’s just not what anyone would want or expect after having played the series to this point. The world needs more budget titles, but not ones designed around milking more money out of you.

Wolfenstein: Youngblood feels less like the story-driven co-op shooter that it should have been, and more like a product made to cash in on the legendary IP.
REVIEW SCORE
6
File Under: Bethesda, id Software, Wolfenstein