Dating back to the 90s arcade era when thousands of quarters a day were wasted on matches between Doink The Clown and Razor Ramon, WWE and videogames have been sexually ambiguous bosom buddies. It makes sense. I think it’s safe to assume that the target audience for wrestling will enjoy playing videogames at some point in their life and vice versa. For decades wrestling tie-in games have been a staple of every gaming era with dorm room classics appearing on every system. Every year like clockwork a new one is launched onto the current generation console and this fall WWE 13 has fallen straight into gamers’ laps, offering the latest in virtual suplexing. Like any sports game, this year’s edition offers the core of what players enjoyed last year with new upgrades to try and entice regulars to ditch the previous edition for a shiny upgrade. This year the folks at THQ did something rather clever to attract wrestling game veterans. They’ve added a new single player mode and general theme that harkens back to the late 90s Attitude era of the WWE. It was a magic time when the corporation was still called WWF, Mankind was getting bloody on national television, The Rock finally provided an eyebrow for the people, and Stone Cold Steve Austin would chug beer in the ring for all us sinners. Sigh…what a time to be alive. 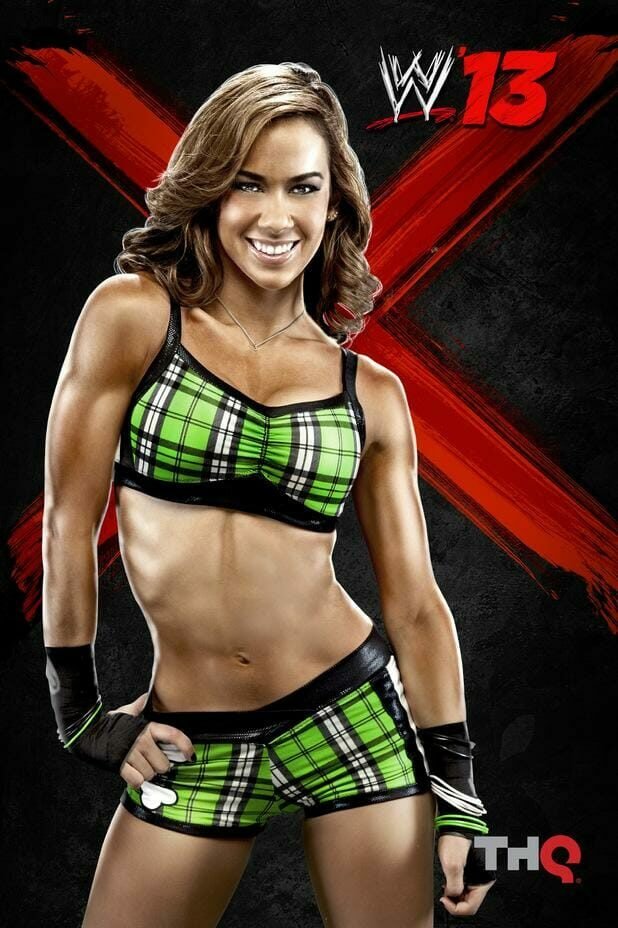 Yep, that new single player mode is dripping in wrestling nostalgia for a better time, possibly as a result of the WWE’s slight downswing in popularity and also as a result of those wrestlers being so damn awesome! Playing off the Road To Wrestlemania mode from last time, this single player option plops you into a six-chapter retelling of the Attitude era that places you into famous plotlines and matches from the late 90s. You can simply fight through them like normal matches if you wish, but pull off a move identical to what happened back in “real” life and you’ll receive bonuses. The mode cleverly eases you into all the gameplay options one match at a time and you’re rewarded with vintage WWE clips and characters to be enjoyed at your leisure. Sticking a story or campaign mode into a game like this is usually just a tag on to extend gameplay, but in WWE 13 it’s actually a ridiculously entertaining experience on its own. One well worth your time and hopefully something that THQ will revise and expand on in future chapters of this presumably never-ending franchise.

Gameplay is similar to what it’s always been in this sort of game, focused on chain based wrestling combos without slowing things down to a snail’s pace as you struggle to pull of complex moves. It’s a fairly smooth and entertaining experience that captures pro-wrestling mechanics well and obviously gives special skills and moves to the wrestlers who have em’ and deserve em’. It’s not perfect of course. Every now and then you’ll run into some awkward animation and collision detection that turns a smooth simulated match into a slapstick comedy routine of glitches (particularly when the ref is involved). Characters alternate from awkward standing poses to fluid move animation with hilarious regularity. Fortunately these instances are few and far between compared to the old clunky N64 wrestling tie-ins, so it’s rarely too much of a distraction. What can definitely be irritating (as in all sports games) is the in-game commentary, which more often than not resorts to repeating the same comments over and over like the middle aged former wrestling star equivalent of a parrot. This is less of an issue in the single player mode, which incorporates the classic commentary from those classic matches. But if you’re just planning on taking this thing on a spin for a match with friends, be prepared to get irritated at the announcers (granted this also adds some of the campy laughs that have been part of the fun of these games, but some of these problems really could and should have been addressed by now). The other major issue is the way the game has been designed to cut to dynamic camera angles during certain moves. It certainly looks cool, but is incredibly disorienting during gameplay (especially in multiplayer). Perhaps the designers are building towards something with this that will be stronger in future outings, but for now it’s just another distraction.

And while we’re talking about wrestling game staples, obviously customization is all over this thing. You can create your own wrestlers with a seemingly endless amount of aesthetic choices and moves. You can also design your own stadiums from the ring, to the entrance, and the decorations. If you’re a gamer who loves to design your own playground, you’ll be in heaven. Anything you design can also easily brought with you online with minimum load times. The online matches are silky smooth to play, as are the local multiplayer modes. Those options are pretty important in a game like this because let’s face it, as good as the new single player mode is, these games are made for multiplayer. Thankfully, WWE’13 delivers a satisfying multiplayer experience between local and online friends that will lead to hours upon hours of gameplay and trashtalk. Given that multiplayer has been the focus of the series for THQ for years, it’s not surprising that they nailed that aspect long ago and it falls into the “if ain’t broke, don’t fix it” category.

Overall, WWE’13 is a damn solid outing for the series. If you’re a wrestling fan, you’ll appreciate the detail that went into the design and all the references (including an entire game mode) dedicated to a classic era of greased up grown men in underwear rolling around with each other to entertain the masses. The new single player mode is a fantastic new addition and the online/customization options deliver the goods returning players will want. Sure, there are still glitches, design flaws, and irritating announcer clips to deal with and ignore, but compared to some of the clunky messes that have passed themselves off as wrestling games over the years, this thing is a joy to play. If you’re not now or have never have been a wrestling fan, then you’re really not going to get much out of WWE’13. However, if you’re a fan of that special brand of homoerotic family entertainment or the legions of games that it has inspired, get ready for a good time. Beer, salty snacks, spandex, and “Austin 3:16” t-shirts are en couraged, but not required.

Final Thoughts
If you’re not now or have never have been a wrestling fan, then you’re really not going to get much out of WWE’13.
File Under: Canada, THQ Nordic
×