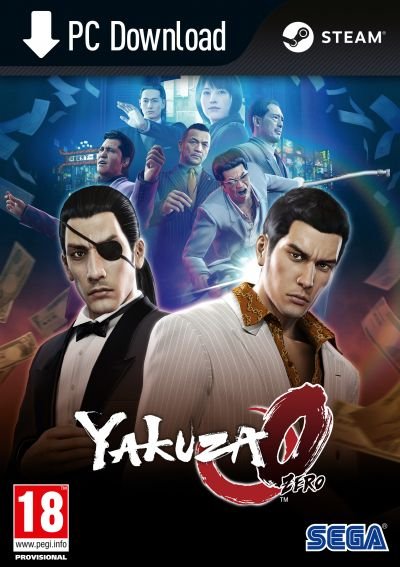 When it comes to console exclusives, few are as weird or as unique as the Yakuza series on PS4. Following the adventures of the Dragon of Dojima, Kazuma Kiryu, Yakuza is as much about fighting through hordes of thugs and Yakuza members as it is about going out to sing karaoke and playing the latest games at a Sega arcade.

Now, it’s arriving on the PC for the first time ever with the prequel Yakuza 0, and it does so without sacrificing an ounce of what made it so captivating when it originally launched in the West in 2017.

As the sixth game in the series, Yakuza 0 is a prequel set in the 80’s, decades before the events of the first game, and is a perfect entry point for those looking to experience the franchise for the first time. The story alternates between the tale of Kazuma Kiryu, a young up-and-coming yakuza in Tokyo, and that of Goro Majima, a disgraced yakuza fighting to make it back to the big leagues in Osaka. You’ll control both throughout the story, and each comes with their own city to explore, mini games to complete, and fighting styles to upgrade and test out.

Make no mistake, Yakuza 0 is filled from top to bottom with things to do. One of the biggest draws of the series is the amount of detail packed into the world. You’ll enter restaurants and convenience stores for shopping and eating, stop at a mahjong parlor to play against some of the locals, stumble into optional side quests that highlight the excellent writing, and pick fights against dozens of local thugs. The sheer variety and depth Yakuza 0 has is astounding, and it’s easy to come back to an area you’ve walked through dozens of times and discover something new. None of these disparate sections are weak, and instead contribute to a greater whole.

No matter how long I played, Yakuza 0 is consistently surprising. It’s a difficult task to balance hot blooded action, heartwarming confessions and absurdist comedy within the span of twenty minutes, but that’s exactly what the game does. When I played through Yakuza 0  on the PS4, the ability to balance all of these disparate tones and create something exciting and original  was its greatest strength – and it remains just as strong on the PC

From a port perspective, Yakuza 0 is fantastic. My experience was perfectly smooth with a GTX 1060, running at a consistent 60 FPS on the highest graphical settings. There’s a lot of options available for those graphically inclined, and the port has only the most minor of issues from a technical standpoint. Of particular note is the controls, as a gamepad is recommended – a screen cheekily states “Real Yakuza Use A Gamepad” directly after the Sega logo on launch – though I found using a keyboard and mouse was also acceptable, even it does lose some of the nuance that a joystick provides in combat.

My biggest worry for Yakuza 0 coming to the PC was whether or not the port would be able to successfully translate what makes the Yakuza series so memorable and engaging. Thankfully, Yakuza 0 shines just as brightly as it did on the PS4. The balance between comedy, drama, and action is unlike any other game out there, and is completely deserving of your time and attention.