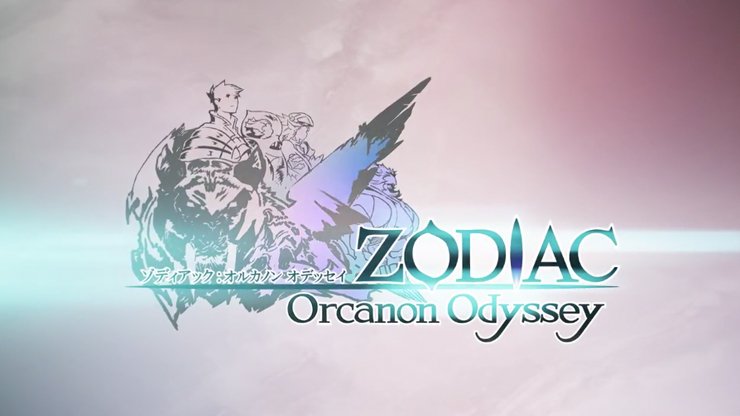 There’s no denying that mobile is the future, at least as far as game developers see it. This is evidenced by so many games showing up every week, making it virtually impossible to keep up with what’s released, let alone try more than a small handful.

RPGs are no exception—while not the most popular, they’re still plenty prevalent on the App Store and various Android marketplaces. And yet, almost all of them are action-oriented. This happens in spite of the problem with many action RPGs relying on virtual control sticks that take up much valuable screen space with fake sticks and both thumbs. This has always confused me, since turn-based RPGs seem much better suited for a touch interface, as you’re not getting in your own way.

And yet they remain few and far between, so I was immediately intrigued by Zodiac: Orcanon Odyssey. The game fills a surprisingly empty niche, and I appreciate it for coming to the table at all, but beyond that, I found myself somewhat underwhelmed.

The game’s plot is serviceable enough, placing you in the role of a town guard, patrolling the area around your city during the coronation of your new ruler/corporate overlord. Meanwhile, on your trip you touch a forbidden crystal, and the plot gets underway in earnest. It’s certainly fairly standard for a Japanese-style RPG, and anyone with a fondness for Final Fantasy will feel at home with this Crystal discussion. There are other fantasy races, though it deviates a bit from just your standard elves and dwarves by including bird people and other animal types.

For exploration, the game sticks with a flat, 2D plane. Though, unlike most games of this type, rather than an overhead view, it shows the exploration from the side. Instead, your character rides on a gryphon, allowing you to fly up and down throughout the current area. It is, at least, a change of pace from the norm, but it’s functionally the same. In some ways, it’s actually a bit worse, just because any outdoor area tends to be a huge wide-open space, forcing you to fly up and down throughout the area to make sure you’re not missing anything. Considering there isn’t much in the way of random encounters, it just makes things a bit dull.

As already indicated, combat is a fairly standard turn-based affair, with portraits lined up at the bottom of the screen to indicate turn order and remaining health. During combat, you select from a series of icons to determine your next action, with each one requiring different numbers of turns to recharge. It’s all pretty standard, except for the fact that you don’t get any real information on what each icon represents while you’re in the fight. It will tell you when you’re in the menus, but during actual combat it just expects you to remember. This frequently resulted in me staring at the icons on my small phone screen trying to remember which one gave me the defence buff, or whatever else I needed for the situation.

Another annoyance was the fact that you can’t seem to use items outside of combat. Want to heal yourself? You’ll just have to wait until the next time you get into a fight—or just fly all the way back to the save point every time, since encounters only seem to happen when you run into specific areas. It’s highly inconvenient and rather annoying.

Graphically, the game looks rather impressive, with large models and expressive animated cutscenes. Sound is alright but less memorable, nothing particularly interesting or irritating to listen to. Oddly, however, some of the cutscenes seemed to play with no sound whatsoever, not even music. The lack of spoken dialogue is not a surprise given the limited space on a mobile device (the game already is a rather large 1.5 GB) but I can only assume the lack of any sound at all was a bug—I double-checked my phone to make sure it wasn’t on mute.

Overall, Zodiac: Orcanon Odyssey is interesting, but the various issues I had keep it from becoming the turn-based RPG I was hoping for. Given the scarcity of the genre on iOS, it’s worth looking into, but these various minor issues add up enough to bring the game down overall.

And yet they remain few and far between, so I was immediately intrigued by Zodiac: Orcanon Odyssey.
REVIEW SCORE
7
File Under: