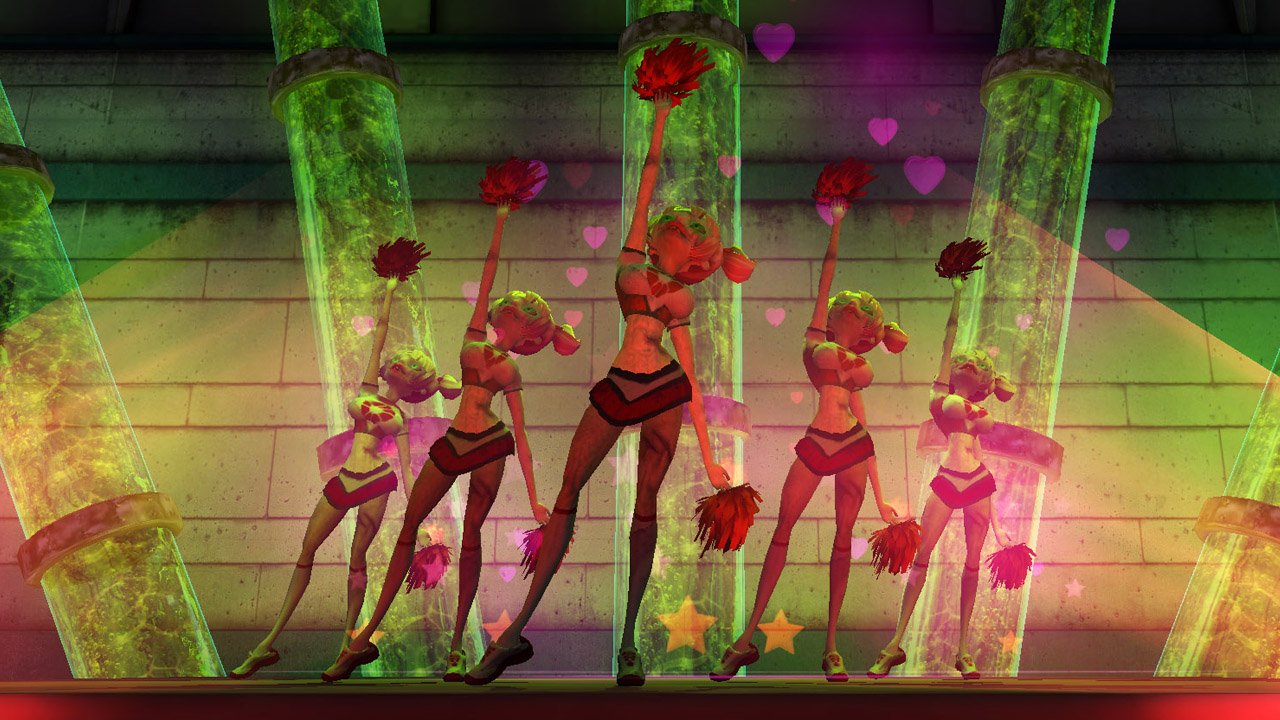 There are many routes a zombie game can take, and I feel it safe to say that now that we’ve had Dying Light bring parkour to the party, we’ve pretty much explored them all. So what is a small game to do to set itself apart in such an oversaturated genre filled with countless tropes? Pander. Pander to all of it! One look at the launch trailer on Steam will highlight just what I mean, as it’s an unfolding-in-reverse, silly animation, animal-eared, jiggly-titted spoof of the critically acclaimed Dead Island intro. If this unabashed homagery wears thin on you, you won’t be any more enthused to hear that the intro video has you coming to at a bar with “No Fate” scrawled into it, there’s an Apocalypse Now reference, and a mention of someone named Colon Duty, and your first weapon is a vibrator. Yeah. Yeeeaahhhh… It should be pretty clear by now that Zombeer isn’t going to be where you’ll go to find a high-brow, refreshing take on the shooter genre. Instead, developers Moonbite Games and PadaOne Games have opted to take everything ridiculous and overplayed and revel in it.

The game suffers an obvious lack of polish, which I would expect, given a team of just a few people, but what I keep coming back to is that the game’s core mechanic, having to drink Zombeer to fight the infection.  It feels like some sort of forced side scrolling mechanic in a first-person game that serves no purpose other than to push you forward at the pace the game has decided for you. This mechanic has its moments, as failing to drink enough Zombeer causes you to transform for a short time before dying, allowing you to slip unnoticed past zombies, but it feels like more of a burden than a feature, if I’m frank.


The million dollar question is whether or not Zombeer is worth your ten dollars and time. I suppose that would make it a ten dollar question, but that doesn’t have quite the same ring. I like Zombeer. Sure, I’m irked by the shameless port from console without any  attention to the things we expect on PC, like the ability to disable input acceleration and smoothing, but really, that didn’t ruin the experience for me. It feels painfully short, and the creative weapons made me really expect more exploration into what the creators could have offered me, but I found myself really enjoying the romp down pop-culture lane. Even the game’s conclusion, which is a choice between three arbitrary endings that seem to have nothing to do with the story, leaving the entire game disappointingly without conclusion is a great nod and jab at Mass Effect. Oh, and the puzzle box ending made me happy in a way that few games in recent memory have.

Think of Zombeer like the videogame equivalent to a night of movie watching after a rummage in a discount DVD bin. Sure, Zombeer is rough around the edges and it certainly can’t cut it with the big boys, but critically, it seems to know this. Zombeer is not afraid to be the videogame equivalent of a B movie. Even better, it’s proud to be. The sooner you can make peace with this fact, the sooner you can start to appreciate Zombeer for the fun little spend of time that it is.

Think of Zombeer like the video game equivalent to a night of movie watching after a rummage in a discount DVD bin.