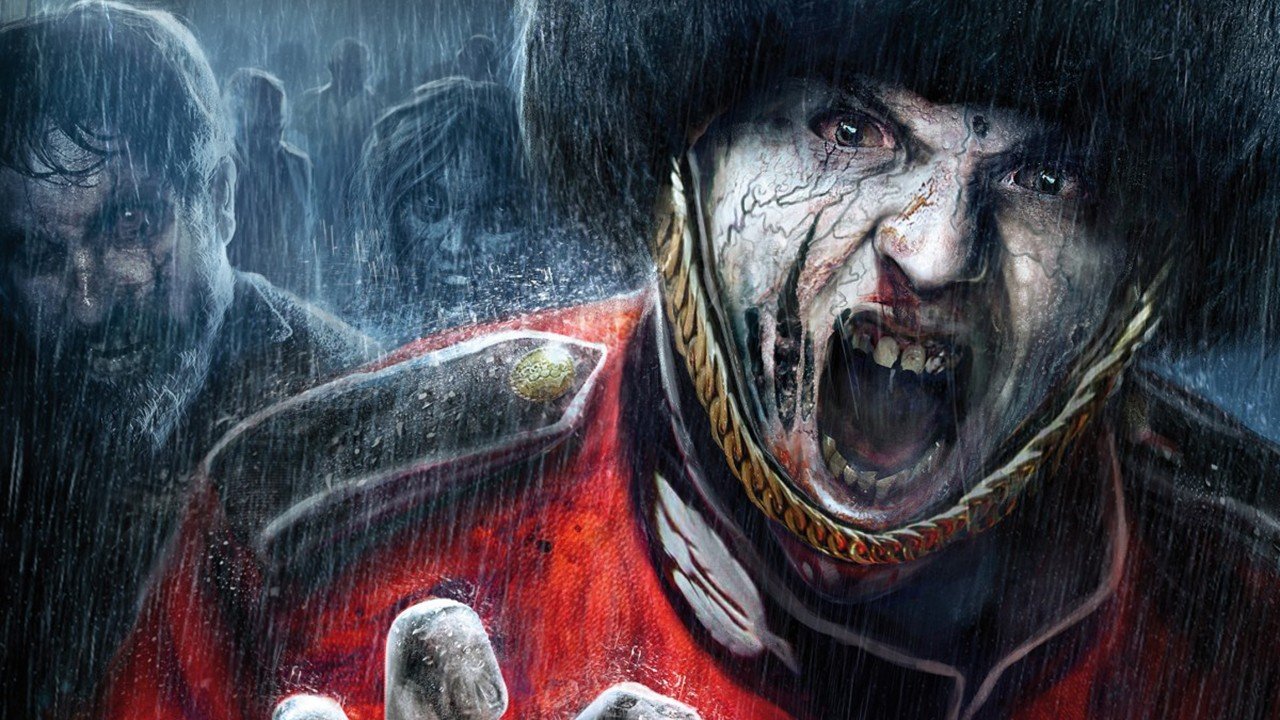 After a casual gaming focus essentially lead to Nintendo and third party developers abandoning bloody M rated gameplay during the Wii’s lifecycle (with a few exceptions like the delightful insanity of Madworld), it’s nice to announce that gory mayhem has returned to Nintendo in time for the Wii U. Nintendo wants to get bloodthirsty gamers back on board for their GamePad era and commissioned Ubisoft to deliver the goods with everyone’s favorite targets of dismemberment: zombies. Ubisoft went ahead and delivered a semi-sequel to their ancient PC era “zombies in a mall” title Zombi (the “e” was dropped as an homage to the Italian cut of Dawn Of The Dead). The result is a London-set survival horror title with punishing difficulty and more exploding heads than appeared in the history of the Wii. As far as launch titles go, it’s a slickly produced horror title with some great ideas. Unfortunately, the standard for zombie games have gotten pretty high through classics like Resident Evil, Left 4 Dead, Dead Rising, and the recent Walking Dead series. ZombiU is simply too clunky and filled with too many problems to compete. It’s never going to end up as fondly remembered as any of those electronic zombie killing sprees, but if you’re just looking for something violent to go along with your fancy-pants new system, you could do worse.

Pop in the game and you’ll play as one of the few survivors living in London following a zombie outbreak. You wake up on a cot deep in the bowels of London’s subway system (or “the tube” if you’re a fan of English slang). A no-nonsense ex-army man named The Pepper is constantly in your ear through some sort of traveling intercom. He tells you that a Welsh astronomer named John Dee predicted a zombie apocalypse in England 400 years ago and his premonition has now come true. You’ve been chosen by Pepper and a secret society known as The Ravens Of Dee to try and sneak around London and end this whole zombie apocalypse thing. It’s all pretty standard, even clichéd, zombie mythology stuff and thankfully the game never puts much emphasis on the narrative. Instead, the focus is on survival and ZombiU represents one of the purest forms of survival horror since Resident Evil kicked off the genre many moons ago.

No matter where you are in the game, weapons and supplies are scarce. Your weapon of choice is a cricket bat used to bash zombie’s brains in. Sure, there are guns, but they’ll break down and ammo isn’t always easy to come by. So most of the time you’ll be playing zombie wack-a-mole and it’ll take four solid hits with a realistically slow swing time to take out any zombie. Since the undead tend to come after you in small groups, these battles are tense with you constantly pushing zombies away for a head smack since if they get to close it means instant face-munching death. That means that killing zombies isn’t a game of gory creativity like Dead Rising. Nope each and every zombie attack is a heart bounding battle to the death. It keeps the game endlessly tense, but can also become rather frustrating. You see, every time the zombies get the better of you, your character is dead and you’ll wake up as a new survivor in Pepper’s subway bunker. You’ll have to backtrack all the way back to where you were with all of your weapons and supplies depleted. Get back to where you died and you’ll see your former player wandering as a zombie, who you can kill to retrieve all of your old items. But die along the way (which happens irritatingly often) and you’ll lose everything. Having a character permanently die every time is a clever idea, but being forced to backtrack is not only frustratingly time consuming, but feels like a way for the designers to pad out the game. You can’t fault Ubisoft for creativity with this device, but the execution is a bit to be desired. Sure there are shortcuts to unlock, but never enough and most of the game is spent backtracking and smacking zombies on the head over and over and over and over….

A great idea with weak execution pretty well sums up this game as a whole. You’ll find yourself constantly playing scavenger, hunting through corpses, lockers, and drop boxes for what never feels like enough supplies. That’s where the GamePad comes into play; you’ll use it as both a first-person scanner to check any room for items and also as a means of moving items in and out of your backpack inventory. It’s a clever idea and switching out of first person in the midst of a zombie attack to pick up bullets adds a nice risk/reward dynamic to the survival horror tension. The trouble with ZombiU is the problem that faces any true survival horror game. In order for any entry in this genre to live up to the concept, you have to constantly feel overmatched and fear what each new room might bring. That makes for incredibly tense gameplay, but it’s a balancing act for game designers. These games have to be hard, but push the difficulty too far and the fun drains away. At times (like say when you’ve died in the same spot 3 times and have to run through the level again each friggin’ time), it’s simply not fun to play ZombiU and the wack-a-mole cricket bat dynamic that defines most zombie attacks gets old fast. Just a little more access to guns n’ ammo would have fixed this, but the game is designed in such a way that those weapons must be saved only for times when hoards are approaching you from a distance. Otherwise even the sound of bullets being fired will attract more flesh eaters than you can handle.

If you want more action-focused zombie killin’, there is a quite enjoyable local multiplayer option. One player will wield a Wiimote/nunchuck or classic controller pro to kill wave after wave of zombies created by the second player who uses the gamepad screen to plot zombie attacks on a map. It’s a simple set up, but a great one that works incredibly well. Unfortunately there are only two modes (a straightforward survival death match or game of capture the flag) and no online option. So this will definitely get old over time. Graphically, the game is certainly leaps and bounds above anything that could have been done on the Wii. The rotting post-Apocalyptic London is well designed and you’ll find yourself bashing brains in many iconic locations in the city like Buckingham Palace. Unfortunately, it doesn’t quite live up to the finest examples of this brand of game design. Other than corpses, lockers, and boxes, you can’t interact with anything in the levels and they can often just feel like pretty, but empty settings. Likewise animation can be a bit buggy with zombies constantly clipping through walls and glitches freezing the from time to time.

From the technical presentation to the gameplay, ZombiU gets so much right and a few key things wrong. When the game works, it’s one of the most pulse-pounding and nerve-wracking survival horror games to come along in quite some time, but the flaws are ever-present and impossible to ignore. This is one of those “A for effort, C for execution” games that are oh so common with any system at launch. It’s certainly worth playing and would be well worth a rental if that was something that still existed. ZombiU is worth picking up since it’s the only example of its genre on the system at the moment, but will hopefully soon be eclipsed by superior competing horror titles. Ubisoft gets enough right with the game that they could probably make an astounding sequel by fixing what went wrong, so hopefully enough people pick this thing up for that to happen. Enough works for it to be a worthy addition to your launch library, but unfortunately it’s not the new zombie masterpiece that it could and should have been. Ah well, at least a Nintendo system is flaunting a game filled with brains splattering all over walls. It’s a new era for the big N and hopefully enough of their M rated launch titles will be a success for blood n’ guts to be part of the Wii U for quite some time.

From the technical presentation to the gameplay, ZombiU gets so much right and a few key things wrong. 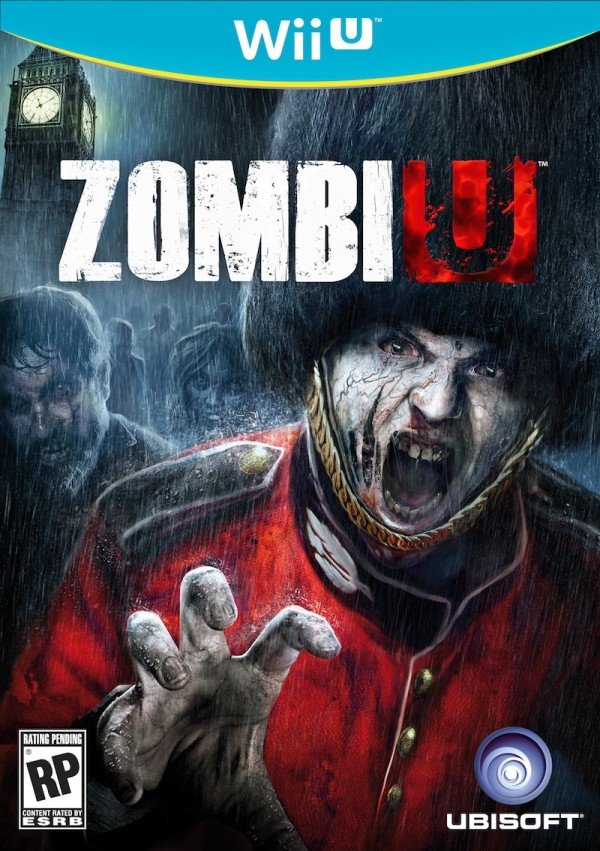