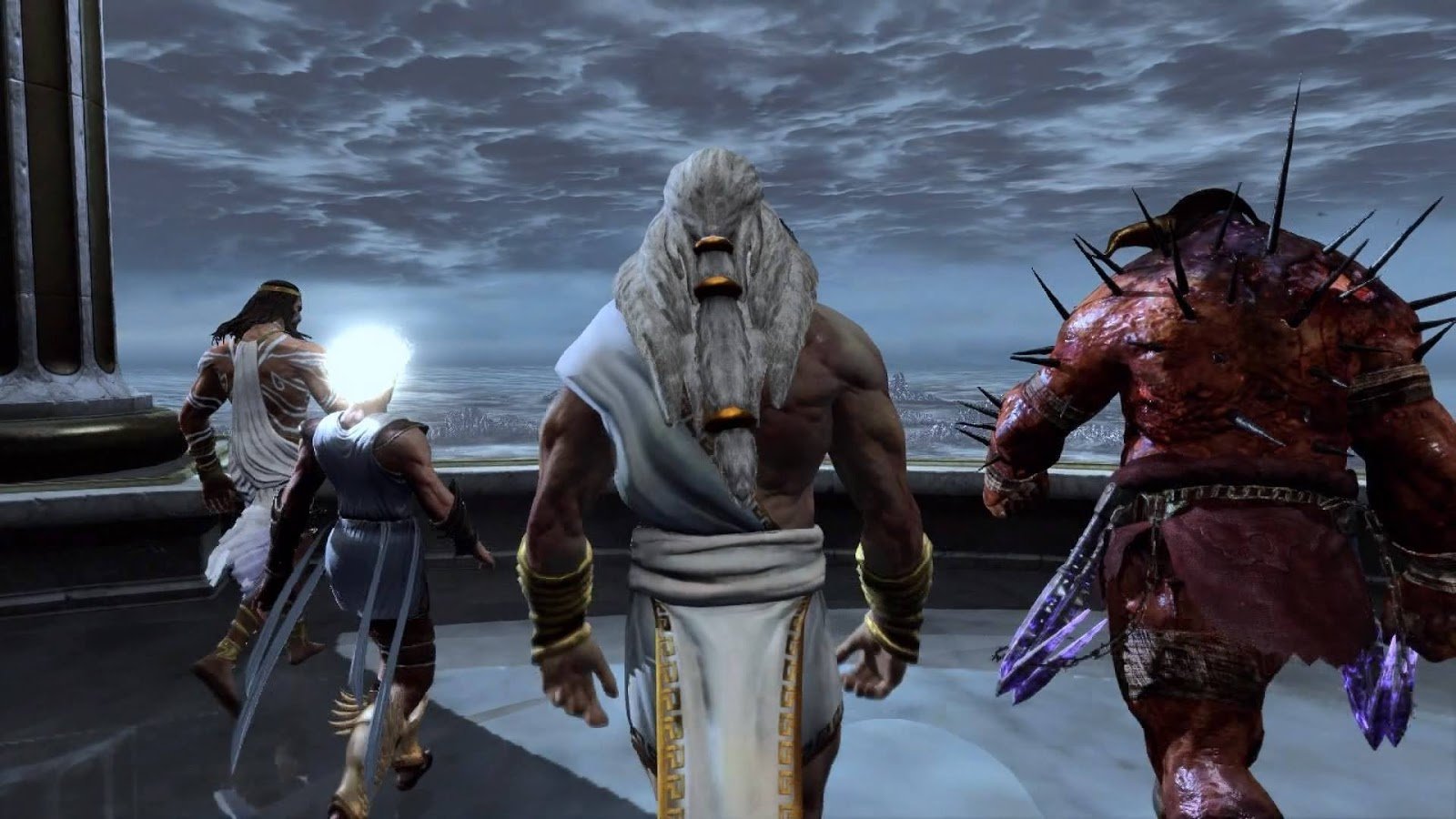 With God of War III, Sony brings an epic trilogy to a thundering conclusion. This is a series that was a defining title on the Playstation 2, and has gone on to be one of the most critically acclaimed series in the industry. It pushed the technical boundaries of the hardware it was on and introduced players to a more accessible, more visceral, more brutal third person combat experience. What began as one man’s quest for redemption in the eyes of Greek gods now comes to a close in a furious, vengeance-fuelled genocidal war against those very Olympians. And it does not disappoint.

Deicide Is Not a Small Thing

God of War III throws players right into the middle of the Action, which takes place moments after the end of God of War II. The mythological Titans are scaling Mt. Olympus in order to take out their traitorous children, the Olympian gods with Zeus as the head. Kratos has sided with the Titans, hoping that this will be the final struggle that allows him to kill Zeus, the overall architect of his misery during the course of the series. Kratos is a man that has been manipulated time and again by the gods, and this story is essentially a rebellion against that by ensuring the total destruction of those who create destiny. It is heady, brutal, classically mythic stuff that manages to update the essence of Greek mythology in an entertaining way for a new generation. It is also most definitely not for children. The game’s story of a man fuelled by nothing but raging vengeance is chock full of blood and nudity, and the traditional of God of War “sex mini-game” are all present. Kratos is a man who will do anything to get his revenge, and this game shows it in graphic detail.

Speaking of graphics, Sony Santa Monica hasn’t surprised anyone. Most people were expecting God of War III to be the most astounding looking game of the current generation and it is. Uncharted 2 managed to hold the throne for a handful of months but the technical prowess on show with GOW 3 is breathtaking. No screen tearing is present, a variable frame-rate between 30-60 frames per second ensures smooth gameplay, and the level of detail on characters and environments makes the entire game feel like a pre-rendered cut-scene. The art design is phenomenal, making GOW 3 look like a living, breathing Boris Vallejo painting, complete with moody colours and impossibly muscle-bound heroes.

The audio is also a stand-out. Anyone with a multi-surround system is going to give their speakers and sub-woofers an intense work out. Explosions and sword blades clash from all directions, a hysterical chorus screams urgently in Greek as the orchestral soundtrack plays, and T.C. Carson delivers his usual over the top performance of Kratos, though there are some surprisingly subdued and nuanced moments in his performance from time to time. Every aspect of the game’s presentation has been carved, buffed and polished to a diamond-like sheen. For people looking to show off what a Playstation 3 can do, this is absolute reference material.

There is only one criticism that can be levelled at God of War III and that is that it doesn’t do anything new. However, it’s hard to even call that a criticism when what was already there was already working brilliantly and has been further refined. The game is still a mix of heady, simple, brutal combat, and some environmental puzzle solving, both of which are balanced to a much better degree for this third outing. The puzzles in particular deserve some praise for some incredibly original obstacles and solutions. The combat is, of course, the true star of the show here, and it does not disappoint. The chained blades are the go-to weapon for Kratos, but they are joined by three other arms that manage to have their own unique applications. Everyone will find a particular weapon they favour, though smarter players will know when to switch out one weapon for another to deal with particular situations.

All of them however, can be used to play the game to completion, just with varying levels of challenge. Accessories also have their uses, cleverly integrated both into and out of combat, such as a bow that can be used to fire flaming arrows that can burn down obstacles, but also doubles as a handy ranged combat device when keeping distance is a necessity. The Quick Time Events that God of War has now made a staple of the gaming vocabulary also make a return, but have been spaced apart on the edges of the screen corresponding with the appropriate face button on the Playstation controller. It’s a small, but nice touch that allows players to see the carnage unfold in the brutal finishing moves rather than have it obscured when a large symbol obscures the Action. It also adds a layer of challenge since it means keeping a peripheral awareness of the edges of the screen can mean the difference between a spectacularly violent finish and a possible re-start of the entire sequence.

Probably the most impressive thing about God of War III is the pacing. The developers have a finely tuned sense of timing, knowing how to ramp up battles, break tension with more thoughtful puzzles, and then blow down the doors completely with the most amazing boss battles yet committed to a disc. The Titans in particular, stand out as an element of gameplay that players will be talking about for years to come, riffing off Shadow of the Colossus and doing it on a far larger, more horrifying scale than anything that venerable PS2 title could ever hope for.

God of War III is an easy contender for game of the year. It’s currently the best looking game on the market, plays like a finely tuned machine, and brings a much loved saga to a close. There simply isn’t a better looking, better playing Action game available on the Playstation 3. For fans of the genre, this is the first real must have title of the year, and deserves a place in the collection of any PS3 owner. Barring reasons of finance or time, gamers simply have no excuse to deny themselves one of the best, brutal, bloody, popcorn gaming experiences of 2010.

Barring reasons of finance or time, gamers simply have no excuse to deny themselves one of the best, brutal, bloody, popcorn gaming experiences of 2010.

File Under: Action, God of War, PlayStation
A retail version of the game reviewed was provided by the publisher. You can read more about CGMagazine reivew policies here. 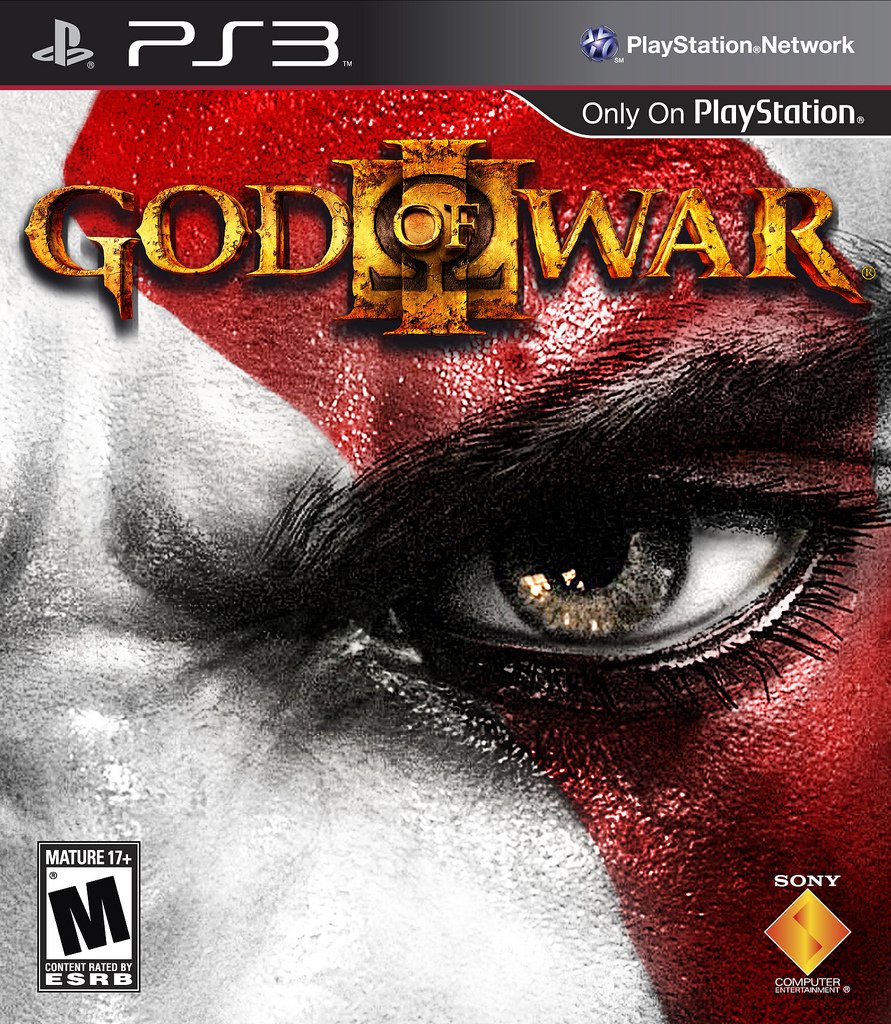