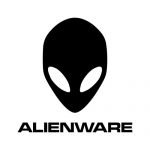 Alienware has been on a bit of a roll lately. As a long-time cynic of the brand, that’s a very refreshing thing to claim. I remember when Alienware was the only market brand more needlessly overpriced than Apple, only without the self-respect to show similar restraint in their design. The new x51, though… damn.

For those who don’t remember, up until several years ago, Falcon Northwest produced a line of Frag Boxes—highly compact machines packing powerful hardware for easy transport to and from LAN parties. Despite the limitations of micro gaming PCs (poor cooling, lack of expandability, etc.), I always loved the concept. The console-sized x51 gaming PCs from Alienware are a great example of the breed, and with liquid cooling coming standard and the option of the Alienware Graphics Amplifier, the latest R3 is a great showing.

Hardware ranges from an i3 processor and GTX 745 to an i7 with a GTX 970 for $1100 CAD and $1800 CAD respectively. They cover an acceptable range of hardware and all at prices that I can describe as nothing less than reasonable. That’s not a word I ever expected to use to describe the price of a pedigree gaming machine sporting an Alienware badge, and it says a lot about the state of the industry. I like it.

While I do like the water cooling, which kept our test rig nice and chilly despite some very intense gaming on both CPU and GPU-heavy games, it’s not as quiet as I would have expected once the radiator fan gets spinning. I suppose there’s only so much you can do when you’re dealing with a fan that has to fit in a PC the size of an Xbox One. When it’s not under full load it’s nice and quiet, allowing you to appreciate the satisfying sound of circulating coolant.

My big concern with the x51 is the video cards on offer. I’ve had a jacked 970 in my personal rig for the last year and it’s more than adequate, but I wouldn’t call it future ready. The i5 and i7 models will hold up for at least the next three years just fine, provided you pack them with 16GB of RAM (8 just isn’t enough anymore), but there aren’t any options for video cards that will be competitive by that time and I can’t help but wonder if it’s a size restriction, a power restriction, or if it’s deliberate to try to sell that stupid Graphics Amplifier with a 980 in it. I’m sorry Alienware, but if that amplifier with a 980 in it costs as much as a whole x51… it’s just not happening.

Reservations aside, though, I was thoroughly impressed with the x51 R3. Not just its performance and its price, but also with its looks. While I certainly wouldn’t call it reserved—it’s still got glowy bits all over it—I would call it restrained. No longer like an 11-year-old designed it, but not like an engineer designed it, either. It’s handsome, without being garish. Imposing, without being intimidating. I like it quite a lot.

Our test rig offered more than adequate performance to keep pace in the likes of War Thunder, The Division, and more, with everything running on max settings. However, there is one stupid little oversight that irks me beyond words. There are ports galore—from an abundance of USB ports for such a small machine, display port, DVI, HDMI, etc.—but there’s only a stereo out and no jacks for surround audio. That’s not a problem if you sport one of the increasingly popular USB headsets, but if you use a high-end analog headset like I do, you’re SOL when it comes to audio. I get it; it’s a micro ATX board in a custom setup with limited real estate, but… bummer.

That’s a personal gripe that I don’t suspect will be an issue for many people, but it is worth mentioning, and it certainly doesn’t spoil the package as a whole, which is excellent. I like the like the performance, I love the look, I adore the compact size, and I’m blown away by the price for such a decent piece of kit. It’s certainly not perfect, but given the nature of compact, portable PCs, it suffers nowhere near the number of drawbacks that I was anticipating when I first plugged it in. This is the second Alienware machine in a row that I’ve been thoroughly impressed with, and I’m anxious to get my hands on more from them in the future.

The Alienware X51 is certainly not perfect, but given the nature of compact, portable PCs, it suffers nowhere near the number of drawbacks that I was anticipating when I first plugged it in.
REVIEW SCORE
8.5
File Under: Alienware